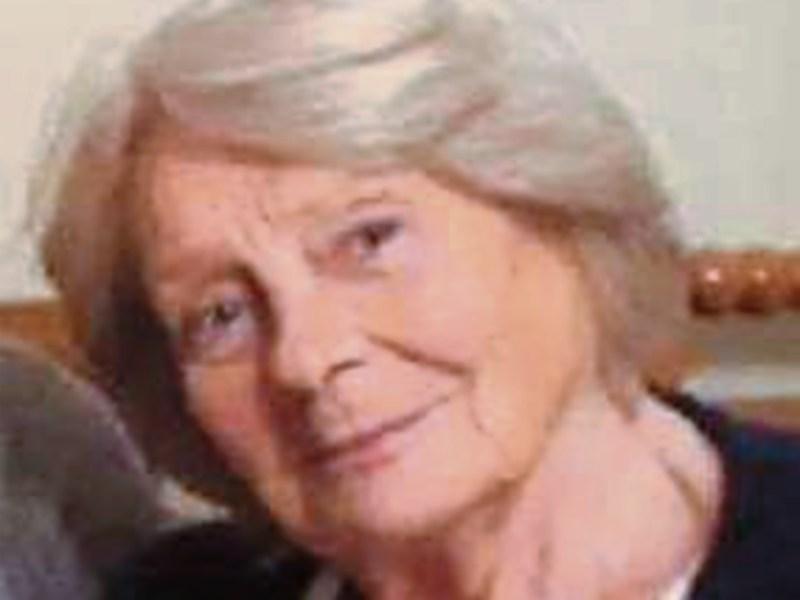 Josephine Hearty who died suddenly on August 18 last was an extraordinarily gifted and generous lady who leaves behind a heartbroken family that draws comfort from the wonderful memories she left and from her inspiring deeds as a local Bob Geldoff type philanthropist, who readily came to the aid of others at home and abroad and did so much for so many.

Her education was limited due to ill health which caused her to miss a lot of time when at the local Castletown Girls School, but it didn’t inhibit her in what she went on to achieve and do.

She more than compensated for her lack of education by developing outstanding artistic talents that were recognised at the highest level, and enabled her to start her own curtain and soft upholstery business.

Ironically she was also recruited to teach sewing and for one who just about could read and write she proudly obtained a job in carrying out the Census in 2011.

However, the most extraordinary and commendable aspect of her life was how she utilised her talents for the betterment of others and those enduring terrible hardship, a prime example being those caught up in the Ethiopian famine. She displayed rare ingenuity to get aid out to that country.

A now treasured journal that Josephine compiled in the latter years of her life provides her family with an enlightening and much appreciated insight and memento of her life.

It started and ended in the Laurels in town, recalling in her Journal that she was born when there wasn’t tinned food and when vegetables were supplied from a farmer or grown in gardens, and milk was taken straight from the cow.

She was vivid and expressive in her writing, which was demonstrated also in the reflection she wrote and was read at her funeral Mass.

She was the last surviving of five children born to Evelyn and Jimmy Crilly. Brother Jim died as an infant. She was predeceased also by her two other brothers, Eamon and Joe, sister, Theresa Harrison and husband Kevin.

Her working career spanned time in Elite Dry cleaners which was located in Bridge Street and PJ Carrolls where she met her late husband Kevin.

They set up home in Bay Estate, buying one of the first houses in the development when they married.

The gift that she possessed with her hands extended to nearly doing anything, but manifested best in her pencil drawings and her wonderful ability as a seamstress and soft upholsterer, patterns for which she did by eye.

A measure of her renown was that she was commissioned to cover seats on the Government jet. This was an art at which she was self taught, and returned to study to obtain a Diploma in Interior Design at the age of 50 which she was presented with by RTE Radio presenter Marian Finucane in Templeogue College.

She started up her own company “Laurel Design”, doing curtains and soft upholstery.

She played a big role in her grandchildren’s success rate in Fancy Dress competitions. They provided the ideas, and Jospehine could turn them into award winning outfits.

But with her generous nature she utilised her gifts and ingenuity for the benefit of major as well as lesser humanitarian causes.

She acted as a volunteer leader with the local Brownies in Bay Estate, and moved by the sight on television of the emaciated children in rags in Ethiopia she thought of the idea of asking the young brownies and their families to donate un-wanted blankets and send them out to the famine stricken country to provide the children with some form of clothing.

She somehow managed to involve the Defence Forces, in dispatching three truck loads out to Ethiopia.

Other causes closer to home also tugged at her heart strings and sprung her into action, helping in Saint Patrick’s Soup kitchen where she spent Christmas Day the last 13 years.

She made batches of cushions from left-over material from her business to donate to the Louth Hospice Foundation and the Cara Cancer Centre to especially help those who underwent mastectomy.

It was one of many causes that she supported with her talents, another being the Hen Association. Individual impulsive acts of kindness included lending two nuns her car after hearing on local radio that they had their own car stolen.

Examples of her pencil drawings can be seen in buildings in town. She also exhibited regularly at the Aclint art exhibition, and was hired to teach sewing in Aclint.

Her talents also extended to music. She played the piano as a child on RTE radio, and taught the piano. She was also one of the first lady members of the Marist Church choir and sang with the choir for 50 years, extending a close family connection with the church. Her father Jimmy acted as sacristan into his 70s.

For the last half dozen years she was closely involved with her grandchildren, and travelled on the Feis circuit with her grandson Faolan when he took up Irish dancing.

She lent her talents to help with costumes and sewed many a dancer into her costume. Recognition of her input was provided in the Guard of Honour at her funeral Mass by the Roddy School of Dancing

She reposed at the residence of her daughter Grainne, Cherryvale, Bay Estate on Tuesday and Wednesday. She was removed on Thursday morning to Saint Joseph's Redemptorist Church.

Mass with an overflowing congregation was celebrated by Father Derek Ryan CSsR who delivered the eulogy.

The ceremony was enhanced greatly by the beautiful music and singing of the Marist choir which was joined by Tara Erraught and Roisin Dooley. Tara travelled home from America breaking a professional engagement.

The gifts representing Josephine’s life were presented at the altar by grandson Odhran.

Close friends led the Prayers of the Faithful, with the Readings given by two more grandchildren, Faolan and Kevin. Grandchildren, Shannon and Faye brought up the Offertory gifts.