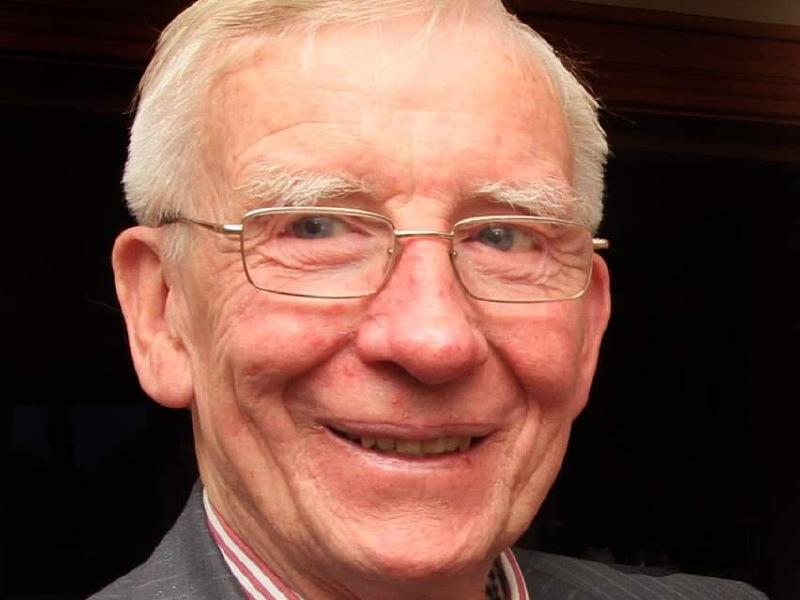 Gerry Reenan, Heynestown, Dundalk, who has passed away, established Haggardstown Garden Centre which he built into a successful family business.

He was also very much involved in Geraldines GFC and other community activities.

Originally from Heynestown, Gerry was one of six children of the late Kathy and Patrick Reenan.

He attended the old school in Haggardstown on Chapel Road before continuing his education at the Technical School in Dundalk.

He subsequently operated a vegetable run and a shoe run, all the while doing gardening in the locality.

Gerry was also employed in McArdle coachbuilders before he set up the garden centre in 1985.

It began in a small way at the family home but working alongside his wife Alice, the couple gradually added to and improved the business.

This was all achieved while Gerry continued his other gardening jobs, and he and Alice reared their family.

They were married on July 2, 1973; and had six children together, five sons and one daughter.

Over time, as Haggardstown Garden Centre continued to flourish, the family became involved in its operation.

Gerry taught his children well to the extent they now look after different aspects of the garden centre.

In later years this allowed Gerry and Alice to see the winter out by holidaying in The Canaries between November and January.

Although he remained heavily involved in the business until last October, Gerry was never going to say he retired.

Away from his professional career, he played a significant role in Geraldines GFC, serving in the past as chairman of the club.

He was actively involved in all of the work that went on around McGeough Park on the Marlbog Road.

The club paid a fitting tribute with an impressive guard of honour at the club, when adults and children, representing all the different teams lined up.

Geraldines also formed a guard of honour as the funeral made its way to the church.

Gerry’s input was sought too at County Board level.

He was the senior clubs’ representative on the Competitions Control Committee (CCC).

A keen supporter of the county team, he was also a follower of Liverpool and in 2007 with his son Desmond attended the 2007 Champions League final at the Olympic Stadium in Athens when the Reds, unfortunately, came off second best to AC Milan.

His work in the community included Blackrock Tidy Towns where he provided valuable sponsorship, among other contributions.

While he threw himself wholeheartedly into his various interests, Gerry was never a man to seek centre stage. He was always quite content to remain in the background.

Above all, Gerry was a great family man.

Gerry was predeceased by his parents, brothers, Peter and Patsy and sister, Molly Callan.

After reposing at home, his remains were removed to Saint Fursey’s Church, Haggardstown where the funeral Mass was celebrated by parish priest Father Pádraig Keenan.

Readings were given by sons, Desmond and Gerard, and prayers of the faithful led by Pat Moley, Ciara Sarsfield, Oisín Reenan, Patsy Arrowsmith, Seán McCann and Pádraig McDonnell.

Gifts symbolising Gerry’s life were brought to the altar by his six grandchildren.

These included his tweed cap, pioneer pin (he was a pioneer for 40 years), a Geraldines jersey, a picture signifying his involvement with Blackrock Tidy Towns, a picture of his grandchildren and a Liverpool scarf from the 2007 Champions League Final.

A eulogy and reflection after communion were given by son-in-law, Paul.