Kathleen Watters was a member of highly regarded Dundalk family 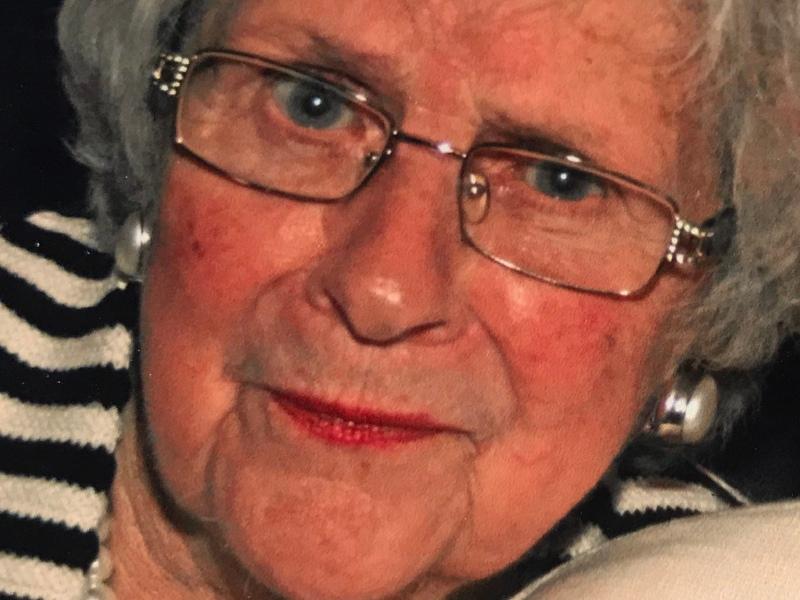 Kathleen Watters (nee Bellew) was a member of one of Dundalk’s best known and most highly regarded families who contributed in a large way to their native town and she was a hard working lady who was generous and loved to chat.

Kathleen was synonymous with the credit union movement in town with a dedicated link stretching over six decades with Cuchulainn Credit Union from it’s inception as the Printers Credit Union. She was one of it’s first members and with her late friend Rose Kearney were the first employees of the Bridge Street office and a voluntary worker before and after her time on the staff.

She was instrumental in helping so many in different ways through her attachment to the credit union down the years. This commitment to public service and assisting those within their community was a family trait with her late brothers Jimmy and Paddy, serving as councillors on the then Urban District Council, and Paddy was for a spell chairman of the Dundalk Schoolboys League.

There were six children in the Bellew household of James and Maisie, with sadly Joseph dying at a young age. Philomena (Carroll) is now the lone surviving sibling.

Kathleeen was born with the family resident in Wynne’s Terrace before moving the short distance to Anne Street. School was spent in the Friary and the Technical School on Chapel Street.

She excelled at Irish during her school days and was the youngest ever at that time to win a scholarship to Ranafast. She demonstrated her love for the language in wearing the fainné with pride.

Kathleen went to work as a bookkeeper in Conroy’s butcher shop which was then located opposite Saint Patricks’ Cathedral where today McGeough’s lounge and restaurant stands.

Her father was a cobbler by occupation and he used to regularly send Kathleen for leather to Eastwoods, a business that was then located on Clanbrassil Street. She came to know Oliver Watters who worked there, and he became her loving husband and their happy and lengthy marriage would have spanned 70 years on the day of Kathleen’s interment which also would have marked her 93rd birthday.

The couple started out their married life at “Belwat”, Linenhall Street, which remained their home for the rest of their days, where they worked very hard to rear their three daughters, running a shop there, and Oliver also ran a bus service as well as carry on his day job.

Outside her family and home, the Credit Union was the focal point of Kathleen’s life. She was one of the first members of the Printers Credit Union which was initially based in Bridge Street.

It morphed into the Cuchulainn Credit Union and expanded, moving premises to first Dublin Street and then to its present headquarters at the Ramparts.

Kathleen and her friend Rose Kearney were the first full-time staff members employed, having served as volunteers. Kathleen reverted to that role on her retirement from the staff ranks.

To this day members still remember and are highly appreciative of and speak highly of how Kathleen helped them with her kind advice and guidance to sort out their financial affairs.

She worked also for a time in the former Ecco electronics factory in town and turned to other ways to supplement the family income and make life more comfortable for her family.

The family home was always open to family members, neighbours and friends, and on a Sunday after Masses there was a right hubbub with callers. The kettle was rarely off the boil.

She really enjoyed talking to people with a way to endear herself to those she met.

She had a gift to make a favourable impact, a prime example being her fellow bingo enthusiasts who reserved a seat for her at sessions. She enjoyed the social aspect of the pastime, whether it was in Orel Park, Clan an Gael hall or the bingo hall at the racecourse road.

In later years she loved the weekly dance sessions in the Lisdoo Arms and the companionship and activities in Saint Gerard’s senior citizens club where she met great friends.

She also enjoyed tours with the Lions club and other trips and outings, like those organised by Saint Vincent de Paul.

She passed away peacefully on July 30 surrounded by her loving family.

Along with her husband Oliver, she was also predeceased by her parents, grandson, Niall Hearty, brothers, Joseph, Tony, Jimmy and Paddy.

She reposed at her residence on Thursday and Friday before being taken to Saint Nicholas Church where her funeral Mass was celebrated by personal friend Father Magnus Ogbonna CC.

The Readings were given by grandson, Alan Mulholland and friend, Anne Kirk.

The Prayers of the Faithful were led by great-grandson Conor Ball and grand-daughters, Niamh Mulholland, Avril Hearty and Ashley Copas.

The Offertory gifts were presented at the altar by daughter, Margaret and son-in-law, Noel, while her four great-granddaughters, Maisie, Aoife, Annie-May and Róise brought up roses.

The Month's Mind Mass for Kathleen is on Sunday September 1 at 12 noon in St. Nicholas' Church, Dundalk.