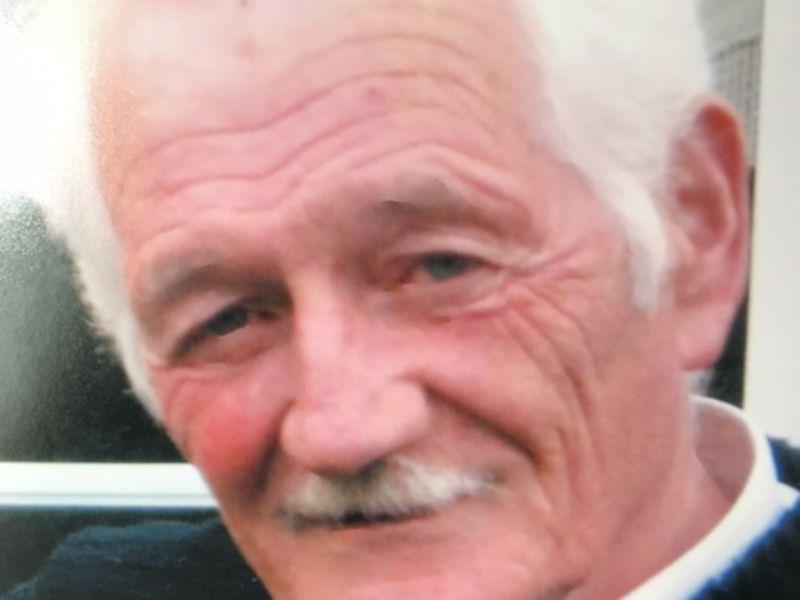 Desmond McMahon who died after a short illness was a retired bricklayer who hailed from Cullyhanna and made Dundalk his home and worked all over the country and England and briefly in Germany.

Growing up he displayed a talent for playing Gaelic football along with his twin brother Sean and together they won tournaments with their local club and were members of the winning South Armagh team which won the under-16 league in 1958.

His love that he developed growing up for the game and Gaelic culture stayed with him for the remainder of his life as a keen follower of football and hurling, as well as his love of Irish music.

He also took a keen interest in soccer being a committed fan of Manchester United.

The lack of job opportunities caused Desmond and twin Sean to pack up and leave home at 19 and go their separate ways in search of work in 1964. Desmond went to London and Sean headed for Canada.

The family already had experienced a tragic bereavement with the death at just five years of age of brother Michael, who was the eldest of the six children born to Johnny and May McMahon. Sister Doreen is the lone surviving sibling.

Another tragic bereavement also visited Desmond and his own family in recent years with the death of his son Seamus.

For Desmond his move away from home was repeated a number of times due to the scarcity of work resulting from straitened economic circumstances, the 1980s being a prime example after he had returned from England in the early 1970s.

He married his wife, Kathleen (Cait) in the previous decade and they made their home in Cullyhanna for a while.

During the course of his building career he was involved in the construction of domestic dwellings and commercial properties, including pubs and shops, with the local Greenacres Shopping Centre being one of those developments.

He retired and settled back in Dundalk in 2012. Very independent and sociable, he was very well known locally.

His pleasures were simple, among them a visit to his local for a couple of social drinks a couple of times a week.

He was an avid reader of the morning newspaper, with the Daily Mirror being his favourite read over the years. He was brought up in the era of listening to the radio, and it remained his choice over television.

Two of the big highlights of his life for Desmond were a family holiday to Florida and another to Las Vegas.

He planned to repeat the trip to Las Vegas, but circumstances conspired against him.

His health took a turn for the worst in 2017, a setback that he overcome, but he suffered a relapse early this year which sadly led to his peaceful demise at Saint James Hospital, Dublin surrounded by his family on July 22 last.

Along with his son, Seamus, he was also predeceased by brothers, Michael and twin Sean, sisters, Gertrude and Geraldine, and parents.

The Readings were given by grandson, Shane and niece, Brenna, while the Prayers of the Faithful were led by nieces, Grainne and Una, along with grand-niece, Aine and grand-nephew, Daire.

Gifts symbolizing Desmond’s life, including a personal picture, GAA book, newspaper clipping of his wedding day, his hat and trowel and level, were presented at the altar by his sons, Desmond and Dylan, grandsons, Stephen and Shane and great-granddaughters, Jenna and Mya-Jane.

The Offertory gifts were taken up by daughter, Ciara and sister, Doreen.

The beautiful music was provided by Olivia Finnegan and Roisin Crawley.