Gerry Heeney will be missed by many in Dundalk 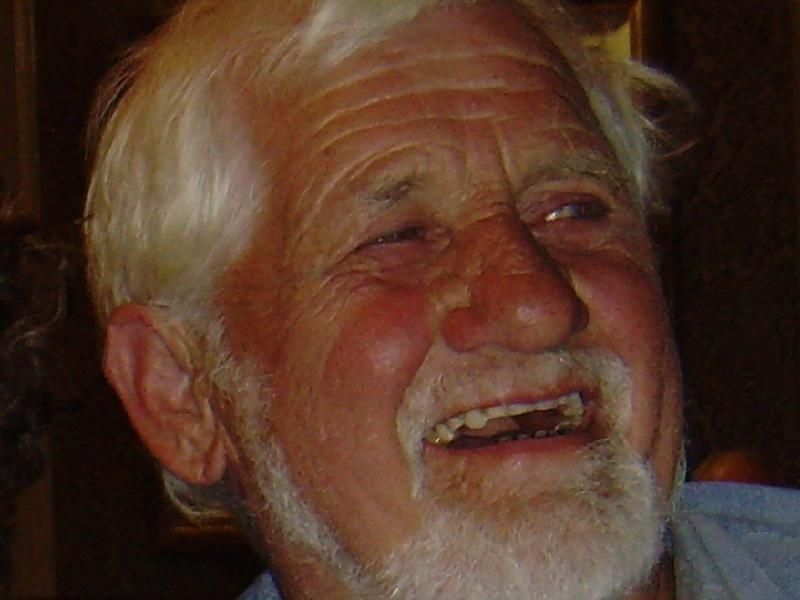 Gerard Heeney passed away, on the morning of Sunday 5th of May 2019, while tending to his greyhounds at his kennels at Moorland, Dundalk.

A loving father to his sons Fergal, Cathal and Gearoid and his daughter Rosanna from his marriage with Noleen Darcy, and adoring grandfather to grandsons Fynn and newborn Naoise whom he just missed out on meeting. He lived at 95 Castletown Road, Dundalk in his later years and was well respected by all in the neighbourhood. He was known to check in on neighbours daily and would always have time to talk, keeping a smile on his face and bringing a smile to others. He will be missed by many in the area.

From a young age, Gerry learned that you had to work hard for what you want, but that it was also just as important to enjoy the things you were passionate about. As a boy he would occasionally accompany his Grandfather Johnny Clarke on his horse and cart, making deliveries around the town and assist him with his racing pigeons. A champion Irish dancer as a boy.

He enjoyed fishing, tennis and table tennis, but most of all it was greyhounds and football that preoccupied his time, igniting a passion that would last a lifetime.

Going out to work at the age of 14 he worked in Connolly's Shoe Factory for a short time as an errand boy. He then began to serve his time at H.F&J McCann Bakery learning his trade as a baker and confectioner.

During his years there he honed his craft as a baker, and in addition, he also took on the role of treasurer of the bakers union in McCann's for a number of years, working tirelessly for over twenty years establishing himself as one of the chief bakers within the bakery.

In the early 80s he moved on with the exciting prospect of chief baker in the newly formed Mindy's Hot Bread Shop, beside the Imperial Hotel in Park St. Dundalk, where he spent over five years working, while constantly looking to improve his skills and trying out new recipes for his breads and cakes.

He moved on to work in the Home Bakery in Jocelyn Street for a number of years and in 1989 he won Craftsman Baker awards in the Northern Ireland Bakery Competition for his Sultana Cake and Choux Pastry recipes. He returned to McCann's for a spell then joined up with colleagues at Cuchulainn Bakery for a period before making the move to start out on his own.

Setting up a bakery at his then home in Roskeagh, Kilcurry in 1992, he built up his reputation and a large range of customers encouraging him to continue on this path of self-employment. Increasing his workload he moved on to work out of a unit in Partnership Court, Dundalk supplying hotels, restaurants, shops and bread vans with his breads, cakes, sponges and confectioneries. He built many a friendship in his time baking and is remembered fondly by those who worked with him and the staff behind the counter in the shops where many a laugh and joke were shared. He retired in 2006 rightly feeling it was time to concentrate on the things he wanted to do.

Gerry had a tremendous love for the game of Gaelic football playing for Clan na Gael in his youth before transferring to Na Gael where he played the remainder of his career and took on the role of Player Manager at the club before hanging up his boots in the early 80's. He was not, by his own admission, the greatest of players, yet was confident of his ability to compete at any level. As his children started playing football, he became involved with coaching underage teams for Naomh Brid, a feeder club to Roche Emmets, with many an evening enjoyed by all participating in the field at the foot of St. Brigid's Shrine, with many of those kids going on to achieve success with the 3 in a row Roche minor teams 1991-93. He was majorly involved in the setting up of Cuman Peile Ui Fiach, in the early 90s, at a time when children playing for rural clubs outside of Dundalk were not being given the opportunity to play in organised leagues. In the mid 90's he took on coaching and managerial roles with Roche Emmets senior and junior teams. He also enjoyed playing bowls which he played regularly and competitively in later years with Bessbrook bowling club.

His real passion, however, was for greyhounds and this was something that never wavered from early childhood to the moment he passed away. A lifelong member of Dundalk and Dowdallshill Coursing Club each year he would look forward to the coming of Autumn and the beginning of the coursing season where that dream of winning in Clonmel come February would be very much alive. Enjoying relative success on the track and coursing field throughout the years it was his love for the greyhounds themselves that kept him going . With Oaks trial stakes winners in Liscannor in 2006 and Westmeath in 2014, that dream came that bit closer to reality, yet even though the dream didn't come true, he would instantly dust himself down to begin to prepare his greyhounds for the next season. Do not be surprised if he guides one of his last litter of pups up that hill in Clonmel from above!

He will be remembered as a man whose perpetual dalliances with happiness would lead even the most worrisome of minds on a merry dance away from there woes. Always willing to lend a hand, listen to your problems and advise you on your way, while leaving you with a smile on your face.

A true friend to many, a gentleman if ever there was one.

A mass in his memory will be said on what would have been his 73rd birthday on Saturday 24th of August in St Nicholas Church, Dundalk at 9am.

He is survived by his sons and their partners Fergal and Jessica, Cathal and Ciara and grandson Naoise, Gearoid and Jennifer and grandson Fynn and daughter Rosanna and their mother Noleen, sisters, brothers, in-laws, nieces, nephews, relatives and a large circle of very good friends.