Lily Hillen was member of a well-known Dundalk family 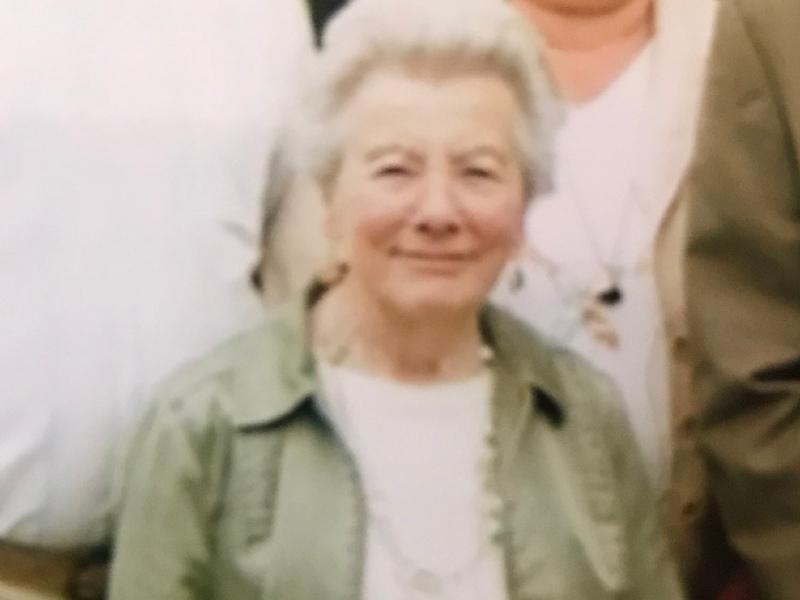 Elizabeth (Lily) Hillen of New Street, Dundalk was a member of a well known and highly regarded local family.

She was a popular and very familiar figure with workers employed in the former PJ Carroll cigarette and tobacco plant in town where she played a key role in running the company credit union.

She worked in Afton Credit union for many years until her retirement.

Earlier in her life she worked in the family’s butcher shop and home which was on the premises in Park Street where she grew up. She was the third born of five children of the late Michael and Elizabeth (nee Lennon) White.

She attended the nearby Friary School, and after her school days went into the family butcher shop and helped in the family home.

She married Brian Hillen who hailed from barely a couple of streets away in Thomas Street.

They went to live in New Street which was Lily’s home for the rest of her life.

Very sadly she lost Brian at an early stage of their marriage with Brian who had a keen interest in Gaels GFC dying at a very young age.

Lily quietly went about her life which revolved around her work, which for the most part was with Afton Credit union.

She enjoyed during her leisure time playing bridge, a hobby that she engaged in with her sister Detta.

She enjoyed good health until recently when she became ill and passed away peacefully on Sunday July 7 last in the Louth County Hospital.

She was predeceased her sister Mary Cleary, brother, Paddy, parents, Michael and Elizabeth along with husband, Brian.

She will be sadly missed by her sister Detta (Bernadette) McCaffrey, brother Mickey (Michael) White, nephews, nieces, neighbours and friends.

She reposed at her sister Detta's residence at the Point Road. Nephew Father Billy Cleary of the Holy Ghost Fathers, celebrated her funeral Mass next morning on the Wednesday, assisted by Father Maciej Zacharek CC in Saint Patrick’s Cathedral.

Her nieces and nieces participated in the Mass, including bringing up the Offertory gifts.

The lovely music and singing was provided by Brendan and Sarah McCourt.