Patricia O’Brien contributed much to her local community 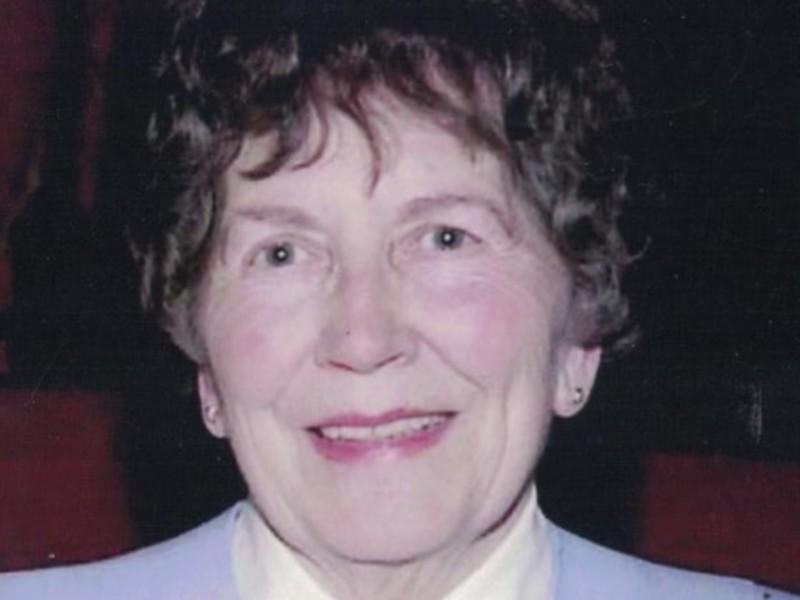 Patricia O’Brien of Ard Easmuinn who died on May 9 last hailed from County Meath, but spent nearly 60 years living and working in Dundalk to which she largely contributed with her caring nature and her very active engagement in community life and charity. She sang for over 40 years in the Marist church choir.

Patricia was a wonderful friend with music very much part of her family, and she was also a keen gardener and gifted with her hands.

She was the daughter of the late John and Elizabeth O’Brien and was born at Shancarnagh House, Moynalty. She was the youngest of eight children, six girls and two boys and reared at Ladyrath, County Meath and went to school in Rathkenny NS.

She worked on the family farm as a child, and obtained her first job with her sister Mary in Slane Mills. The two sisters lived and worked together throughout their lives.

They moved to Chapel Street, Dundalk in 1961, following sisters Alice and Rose who already were living in the town.

Patricia began work in PJ Carrolls in the early 1960s. She graduated from the factory floor to become secretary to the personnel manager.

She was always involved in PJ Carrolls activities from musicals to helping charities, such as in the collection and delivery of supplies to Romanian orphanages.

She retained a keen interest in music. A fine singer, she sang in the Marist Church until just before her last illness in 2018.

She was very practical and gifted with her hands. She made mandolins, coffee tables and shelves.

She also gave her time and practical skills to organisations. She sat on as many as a dozen community and charitable committees, including Ard Easmuinn Residents Association of which she was a founding member. She was on the committee for 26 years and was chairperson for six years.

She and Mary were keen gardeners who won a number of awards for their garden and for the Ard Easmuinn estate.

A wonderful friend too many, she loved to socialise and would drop everything to help out anybody.

A real lady who always liked to be well-dressed, she would never say a bad word about anyone.

She looked after a number of relatives and friends until their last days and regularly visited and regularly helped out people who were sick or housebound.

The sudden death of sister Mary in 2015 was a big blow to her, but she kept going with charitable work despite failing health.

Single, she was much loved by her family circle and many, many friends. She had multiple visitors every day.

For the final months of her life, she was cared for by the staff of Dealgan House Nursing Home. Having been a regular visitor to the home in previous years, she was a very popular resident and was part of a group who met President Michael D Higgins in Silverbridge in February 2019.

Her funeral Mass was celebrated by Father Mathew Chanrankunnel in the Holy Redeemer Church in Ard Easmuinn.

Traditional music was provided by the O’Connor family, hymns by members of Marist Choir joined by her great friend Sister Bernardine Moran and a solo communion hymn was sung by Niall Carragher.

A mandolin, flowering plant, song book, photo album of her retirement from PJ Carrolls and a family photograph were taken before the altar symbolising the different aspects of her life working with her hands, love of gardening, singing, PJ Carrolls and love of family.

Patricia was laid to rest in Saint Patrick’s cemetery, Dowdallshill, where music was provided at the graveside by the O’Connor family.