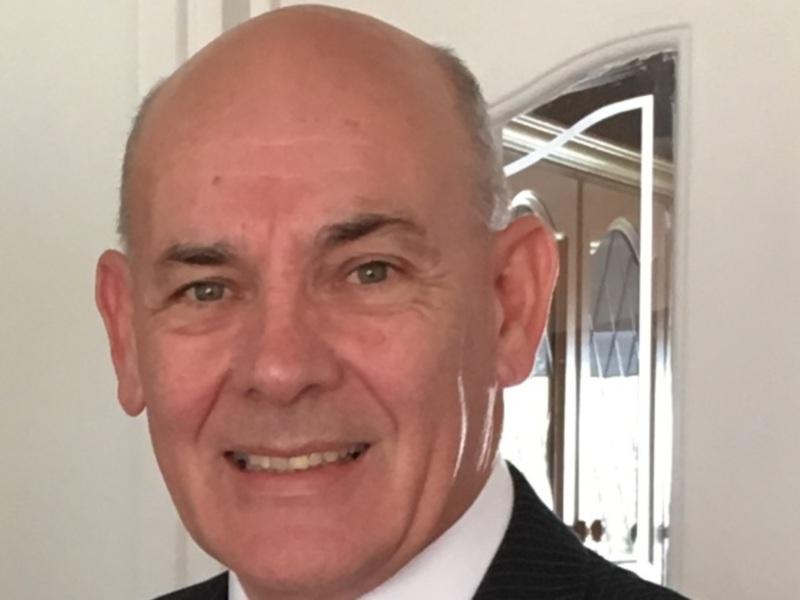 MICHAEL Curran of Bay Estate, Dundalk (formerly Annalong, County Down), who was aged 68, passed away peacefully on 27th April, 2019, in Our Lady of Lourdes Hospital, Drogheda surrounded by his loving family and lifelong friends.

Michael was born on 6th March 1951 and he grew up in Annalong with his mother Nuala, father Dan and siblings, Maeve, Danny (RIP), Rosemary, John D, Vincent, Anne, Patricia, PJ and Therese (RIP).

As a young man, Michael went to work in Rolls Royce in Belfast, before moving to Dundalk and marrying his neighbour and lifetime friend Roberta Davey in 1974, also from Annalong. They made their home in Bay Estate and had three children, Davey, Michelle and Rachel, and had the most amazing neighbours that one could ever wish for.

In 1973, he began working in AnCo, Dundalk as a Training Instructor, moving on to becoming a Section Head. Here he made lifelong friends. Then he was seconded to the Small Business Task Force and later the International Fund for Ireland, where he was responsible for economic regeneration projects. Some of his greatest achievements in the Fund were the economic regeneration of Carlingford, Inniskeen and Clones, under the Fund’s Border Towns and Villages Programme.

Whilst working, he also achieved an MBA at the Open University in 1997, which he put to great use. In 1999, he joined Louth County Council as a Director of Service where he worked tirelessly for the Louth area and was involved in many successful projects, particularly in the areas of housing and economic development. It was rare that he wasn’t in the Dundalk Democrat or The Argus week on week.

He travelled to many places throughout his career and enjoyed trips to the States to see family. He played golf every weekend and spent his Sundays in Croke Park.

He was a DIY man and had great hands to find solutions to any problems of this kind. He was a keen set dancer and with Roberta enjoyed many weekends and nights out with the set dancing community, both North and South.

After reaching their 40th Wedding Anniversary, Michael decided to retire in 2014. Since then he enjoyed spending time with his grandchildren, Yasmin, Oscar, Annabel, Cian and Conor, and was always out for cups of coffee, and trips to the Greenmount with his pals.

He enjoyed a wonderful holiday to Kraków with his wife in 2017, where he bought his infamous blue shoes. He adored his wife, three children, and five grandchildren.

After his retirement, Michael went on to join the team at Hanley Energy where he worked as a Business Development Manager. He thoroughly enjoyed his time working there. He also did some private consultancy work in latter years.

Michael spent many years in Louth but County Down was always his true home. He never forgot his roots and was proud of his native county where he spent many weekends at home on the Mill Road, doing the jobs that had to be done. Michael always tried to help others in whatever capacity he could and was always keen to offer support and advice. He will be sadly missed by all those who knew him.

After reposing at his residence, his remains were removed to The Church of the Holy Family, Muirhevnamór, where the funeral Mass was celebrated by Father Frank Corry, who was a great support and friend to Michael and his family. Shevlins Funeral Directors gave the family great guidance and support as they carried out their duties in a dignified and professional manner.

Gifts symbolising Michael’s life were brought to the altar by Ciara, Gearóid, Michael, Sean, Kerry and Vincie. These included a photo with former US President Bill Clinton (Michael was one of the chief organisers of the Clinton visit to Dundalk), a tape measure, set dancing shoes, a Croke Park ticket and programme, a Saint Joseph’s A.O.H. Pipe Band tie, and a golf ball. A commentary was given by niece, Nadine as the symbols were taken up.

Readings were given by his niece, Bevin and dear friend and neighbour Martin, and the prayers of the faithful were led by nephews, Stephen and Karl and friends, Pat and Rose.

Son, Davey and grandchildren, Yasmin, Oscar and Annabel participated in the Offertory Procession. The Reflection was read by his daughter, Rachel.

Beautiful music and singing were provided by Olivia Finnegan, Lisa McGuinness and Evelyn Crawley, and the pipers of Saint Joseph’s A.O.H. Pipe Band, Glasdrumman, County Down.

Michael’s Month’s Mind Mass took place in The Church of the Holy Family, Muirhevnamór on Sunday 26th May at 11am, and his ashes were interned after in Saint Mary’s cemetery, Glasdrumman, County Down.