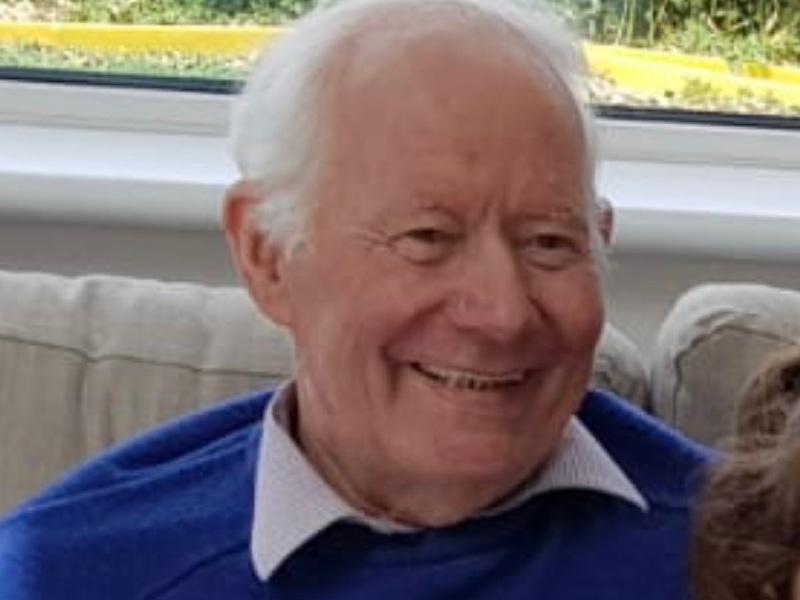 Seamus Kavanagh, Rossmakea, Knockbridge died peacefully in the wonderful care of the Louth County Hospital surrounded by his family on May 18 last.

Seamus was a native of Darver, the eldest of five children of the late James and Mary (nee Caffrey) Kavanagh.

He attended Darver National School after which he went on to work at different jobs throughout his working career, starting in the former Castleguard textile factory in Ardee. He was a store man for many years in Meehans garage, also in Ardee.

He changed his career path to join his son Mark in his landscaping business in which he worked for a long time prior to retiring.

He met his future wife Sheila McGahon from Dunmahon, while dancing at the former Pavilion ballroom in Blackrock. They married in 1970 and set up home at Rossmakea and went on to be blessed with four children, Mark, Edel, Linda and Suzanne.

Seamus was a great fan of horse racing, and accompanied by his brother Noel attended annually the Galway festival.

The highlight of their visits to Ballybrit was when Noel’s horse “Steele Duke” performed a double , winning two different races in the one week at the course. Seamus liked to engage in rod fishing when he was younger along the banks of the river Fane. He was a life long supporter of the Fine Gael party, and a member of the Haggardstown branch. Party members provided a Guard of Honour at his funeral.

He was a much loved husband and dear father, as well as loving granddad of James, Shane, Niamh, Caoimhe, Alex, Abbie and Aimee. He is also survived by his brothers, John, Ollie, Noel and sister, Marion. His passing is deeply regretted by all, and also by sons in law, David and Gary and Suzanne’s partner Kevin, daughter in law Helen, nephews, nieces, relatives and friends.

He reposed at his daughter Edel Callan's home at Rossmakea on the Sunday. He was removed the next afternoon to Saint Fursey’s Church, Haggardstown for Mass. Father Padraig Keenan PP was the celebrant and delivered the eulogy.

His seven grandchildren led the Prayers of the Faithful and presented the Offertory gifts at the altar.

The music was provided by Patsy Breen.

Burial followed in the adjoining cemetery.