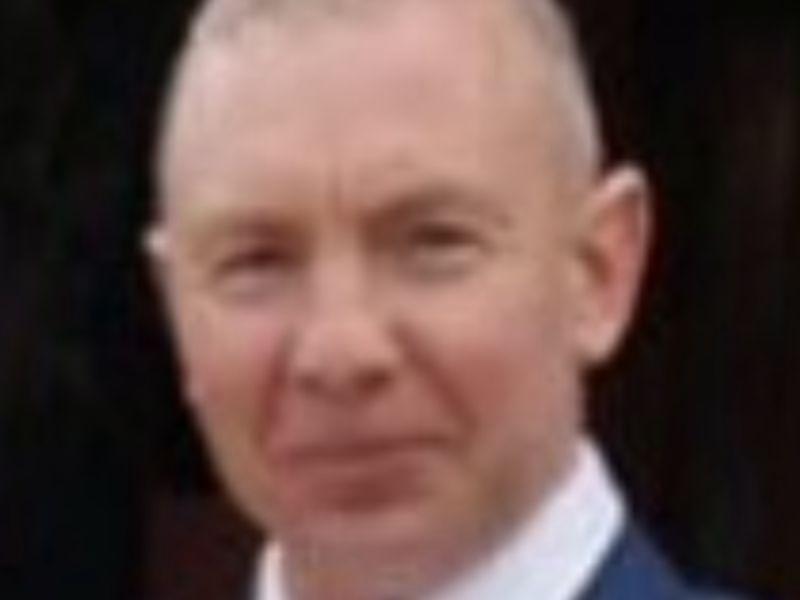 Family and friends were totally shocked and bereft with the sudden death of David Noone at the age of 41 on May 14 last.

Never ill and without the need in his life of a doctor, David had only ten months prior celebrated the happiest day of his life with the marriage to his partner Caroline. The couple have four young children, aged between 19 and 10.

Making his loss all the more heartbreaking was that he always was in good form, who loved fun, and had that rare capacity to make others happy and quickly change their mood for the better if in bad form.

Another of his highly admirable qualities was his willingness to work at anything which he demonstrated from an early age when he left education after completing his junior cycle in secondary school.

He most recently was a forklift driver with Agro Merchants food wholesalers in Castleblayney where his brother Peter also works.

The youngest of three sons of Majella and Peadar Noone from the town’s Fatima Park, he stayed close to his roots through his all too short life. He lived in his family’s home and then when he set-up at home with partner Caroline moved the short distance to Castle Heights.

He attended the local Scoil Eoin Baiste for his primary education and was a student at second level of the nearby De La Salle College.

He played under age soccer with the local club Shamrocks until under-16, but retained his love of the sport, continuing to play on a casual basis five-a-side games with local friends for enjoyment. He also was an ardent fan of Manchester United.

But his favourite pastime was rod fishing, passed onto him by his father who brought his sons along with him to fish when they were young. David in turn loved nothing better than spending time fishing in the company of son Daniel. He was a member of the Brown Trout and Salmon Anglers Association.

His unexpected passing has been a devastating blow for his family and all who had the privilege of knowing him.

He reposed at the residence of his parents at Fatima Park prior to his removal on Friday morning to Saint Joseph’s Church, Castletown. Father Bernard Hughes PP celebrated Requiem Mass and delivered the eulogy.

His fishing rod and a photograph of David, along with a Manchester United jersey were items symbolising his life laid before the altar. These were taken up and the Offertory gifts by son, Daniel, daughters, Kerry, Shannon and Jaymie.

The Prayers of the Faithful were led by Peter’s nephews and nieces. The Readings were given by sisters-in-law, Ursula and Paula.

Brother Peter read a poem and spoke warmly of David.

The beautiful music was provided by Olivia Finnegan on the organ and singer Roisin Crawley.