OBITUARY: Olive Reid was the life and soul of the party 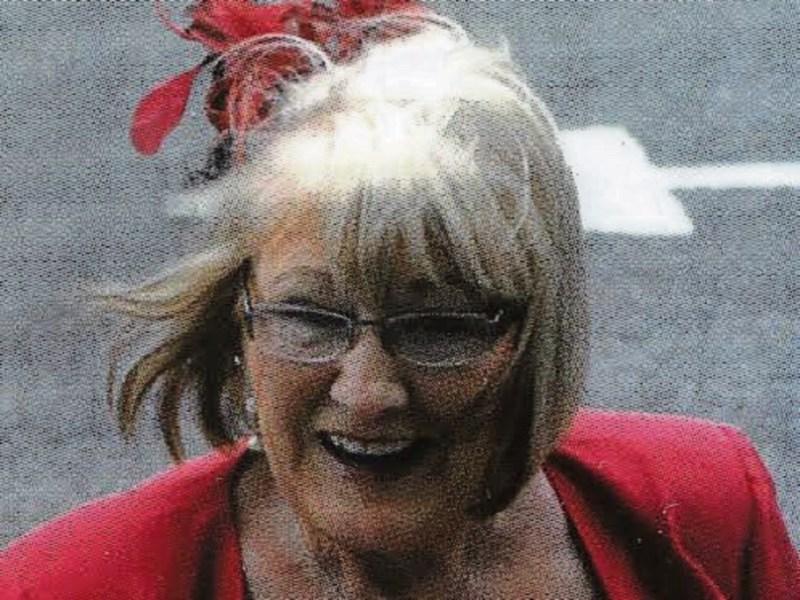 Olive Reid, Lis na Rí, Avenue Road, Dundalk, who passed away shortly before Christmas, was one of the town’s great characters and a lady who enjoyed being in the limelight.

Consequently, her sudden death at home on December 22, 2018, came as a great shock to everyone who knew her and local people in general.

Olive was one of eight children of Mary Ellen and Thomas Woolsey, who had two sets of twins, daughters, Olive and Ethel and sons, Max and Martin, as well as Noreen, Clare, Muriel and Maureen.

Olive resided with her family in Father Murray Park until her teens when a move was made to Nicholas Street.

She attended Castletown girls’ school and later went to work in PJ Carrolls.

She loved and cherished her family and 21 grandchildren.

Olive had a tremendous zest for life, and has been described as the life of the party. She loved a laugh, music and a dance. Never one to shirk a challenge, she got over a fear of flying when RTE’s Gay Byrne arranged for her to go on an Aer Lingus simulator.

She then loved to travel and went on many holidays to destinations, such as New Zealand, Denmark and Florida, and most of the Canary Islands, with Lanzarote being her favourite. She loved to bring back gifts for everyone.

A well-known contributor to the Gerry Ryan Show, she was on air regularly to speak about travel, family, badminton, and when she auditioned for Big Brother.

Tennis at Wimbledon was a special time of year for Olive. For many years she travelled to London and camped out every day for tickets, the highlight being when she secured centre court seats for the men’s final. She was featured in the papers over there and was interviewed live by Gerry Ryan.

Olive was devastated when the broadcaster died suddenly in 2010.

In keeping with a sporting theme, one of her great loves in life was badminton. From her early days playing in the Clans’ hall to being a life- long member of Dundalk Tennis & Badminton Club, she figured for most of the clubs in the county, including Ardee, Cooley, Oriel, Phoenix, Kilkerley and Dundalk.

She was delighted to represent Ireland in the European Seniors’ Championship in 2010, and enjoyed being called a European badminton player.

Olive loved the social aspect of the sport, and wouldn’t miss a badminton party when she would give out prizes for the best-dressed players throughout the year.

She was renowned for her outfits and always wore a smile. Indeed, she loved fashion and always looked great.

Olive proved too that age was no barrier in sport when winning a Louth tournament in 2012. Age is only a number, she would say.

She also kept fit by swimming, and was a member in Felda.

Herself and Brendan appeared on Pat Kenny’s Late, Late Show when taking part in the Mr and Mrs Competition.

Family was very important, and Olive and Brendan’s children made the front pages for their achievements in never missing a day at school.

Olive was a huge driving force and inspiration in the establishment of her family’s businesses in Park Street. Instrumental in their success, she was known to the majority of customers. She was ahead of her time.

Christmas was her favourite time of year. Olive was famous for her Christmas hats, light-up ear-rings and generosity of heart.

At this time, she put together a grotto for many years at her house. It drew hundreds of friends and family to see what she had come up with, and added on. The grandchildren loved it.

A lady of great faith, she was a reader at Masses in the Holy Family and Redemptorist churches for many years.

Tea-leaf and palm reading were gifts Olive possessed, and she read formany people.

After reposing at home, her remains were removed on Christmas Eve to Saint Joseph’s Redemptorist Church for a beautiful funeral Mass which had a celebratory tone throughout.

Readings were given by son, Damien and daughter, Averil O’Hagan.

A reflection was given by son, Austin, and the cere- mony included all of Olive’s favourite songs performed by grand-daughter, Kellie Reid (soloist), Seán Walsh (solo flute), singers and musicians, Róisín and Eibhlín Crawley and Olivia Finnegan.

Olive leaves behind her legacy of love.

‘A wife, a mother, a nanny too, this is the legacy we have from you.

A stronger person would be hard to find, and in your heart, you were always kind.

For all of us you gave your best, now the time has come for you to rest.

So go in peace, you’ve earned your sleep, your love in our hearts, we’ll eternally keep.’