OBITUARY: For such a talented man Paddy Clarke was very humble 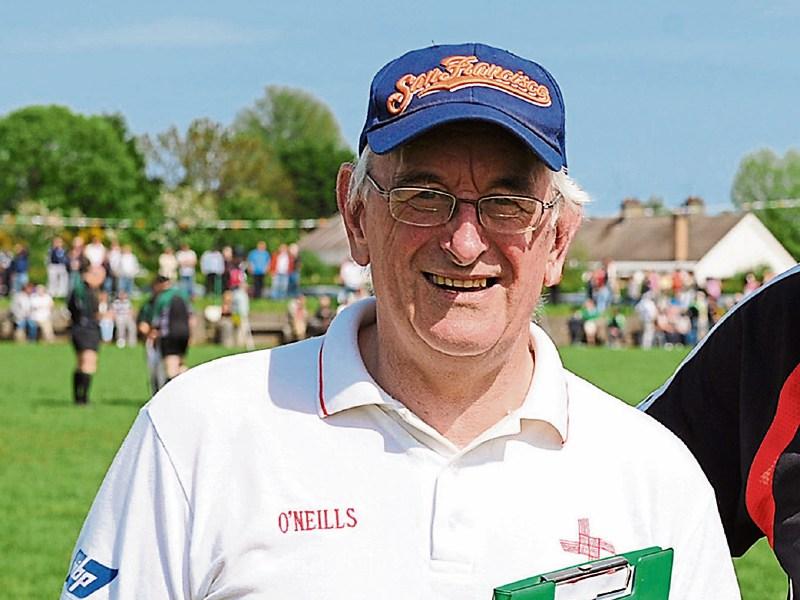 There was widespread sorrow throughout the town, country, and far beyond, at the death of Paddy Clarke, Cooperhill, Drogheda (formerly of St Mary’s Villas, Drogheda) who passed away on the 10th of November 2018 in Our Lady of Lourdes Hospital.

Paddy was described as a gentleman by all who had the pleasure of knowing him. He was not a materialistic man and was happy with the simple things in life, and always had a smile and a friendly word for everyone. He always encouraged his family to live within their means and make the most of their experiences.

Paddy was a positive and jovial man and an enthusiastic conversationalist. He loved to engage and connect with people and always had a smile and a friendly word for anyone he met. Ill humour was unknown to Paddy, he loved nothing more than a playful slagging match as he called it. He found good humour and patient logic far more effective than confrontation and used this with great effect at work and play, to get to the heart of the problem or the person.

Much has been said and published on Paddy’s achievements on the sporting field with soccer and Gaelic football, and many people said he was ahead of his time for a coach.

For such a talented man he was a humble one; he had little ego and could get to the heart of a problem or person. In the course of his career, he often met sporting heroes, however, he treated those at the beginning of their sporting career with the same respect and appreciation.

Although Paddy is probably best remembered for his career in football, his main priority in life was his family. In 1977, he met Annette from Reaghstown in Ardee, whom he went on to marry in September 1979. In his own words, she was always there waiting patiently for his arrival. Paddy often told her that he was the luckiest man in the world to have met her and that she gave him the best years of his life. He was always thinking of creative ways to surprise her, even on his last day on earth. They went on to have three children Shane, Caoimhe and Ciaran. As a father, he instilled good values in his children. He encouraged them to always do their best and to pursue their passions. He took great pride in their achievements but never put pressure on them to succeed.

He instilled in them good values and told them; never stop trying. He had a sporting analogy for every challenge they faced in life and enthusiastically cheered them on from the side-line.

Paddy spent most of his working life in Irish Cement where he made lifelong friends. He often said he enjoyed every day he spent at work.

Moving along the years, two very special little girls came into his life. His first granddaughter Susannah arrived in May 2014 and Isabella arrived in July 2016. Paddy was a devoted grandfather and they brought him endless joy and wonder. He would say no money could buy the happiness they brought him.

Paddy had great knowledge of history and geography and insatiable curiosity. This fostered a love of travel in him and he spent endless hours researching and planning trips around the world. His travels brought him and Annette to every corner of the world and fulfilled one of his life goals to see the Seven Wonders of the World. Paddy’s love of research and history extended to genealogy and he spent decades researching his and his wife’s family tree.

Paddy loved his home and garden and took great pride in both. He was involved in every minute detail of their construction. One of his favourite sayings was ‘if a job is worth doing, it’s worth doing right’.

He carried this into all aspects of his life. This, plus his love of a challenge, led him to take on the task of drawing the blueprints of the house to his exact specifications.

Along with Annette, who was always roped in as a reluctant assistant, he dug the foundations of their home. This facilitated a strong bond with the family home and towards the end of his life he took great comfort in sitting in his garden and appreciating what he had built and nurtured with Annette.

Paddy had great faith and attended Mass every Sunday. In the latter months of his life, when it was more difficult for him to attend, he would listen to it on LMFM. Paddy prayed for the time and strength to walk his daughter Caoimhe down the aisle, meet some of his grandchildren and celebrate his 70th birthday.

He got his wish and he proudly and joyfully experienced all of these goals. True to his nature, he set new goals and went on to see his 72nd birthday and watch his grandchildren grow into toddlers.

Paddy showed great strength and positivity in the face of adversity. He quietly carried the burden of his illness with discreet dignity, Annette and his children by his side. He disliked fuss and the heavier his burden became, the lighter his tread and the broader the smile. His good humour became his shield and he used it to beguiling effect. He had hoped to be with his family for one more Christmas but his illness overtook him and with his Clarke smile, he took his leave and slipped quietly away to his eternal home. God will be good to him as he has earned it.

Paddy reposed at his home where extended family, neighbours, lifelong friends and many members of the soccer and GAA world travelled to pay their last respects. His funeral mass was celebrated at St Marys Church in Drogheda by Fr David of Ballsgrove Parish and Fr Phil of St Marys Parish. After mass, he was carried shoulder high out of the church to the words of ‘Thank God this was my life’ by Phil Coulter. A song which he selected himself for the occasion. He was then carried on the shoulders of members of the GAA and soccer community to Calgary cemetery where he was laid to rest beside his parents William and Patricia.

Paddy is greatly missed by his family and many friends.

‘We begin to remember not just that you died, but that you lived and that your life gave us memories too beautiful to forget, you gave me the best years of my life’ Annette.