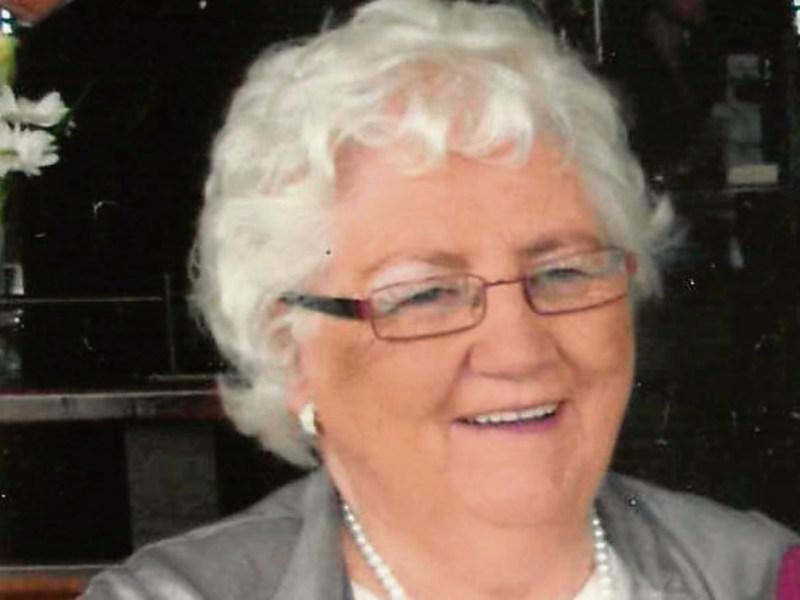 May McGuinness, Irish Grange, Carlingford, who died peacefully in Our Lady of Lourdes Hospital on March 10, 2019, was a member of a well-known local family and a well-loved lady in Carlingford.

Aged 81, May was one of five children of Ben and Rose Anne McKevitt.

She attended Carlingford National School and the Bush Tech.

May had a great love for reading and poetry and also enjoyed painting but her greatest interest was talking and meeting people.

She had a great love for people and was adored by all who knew her.

May lived in England with her beloved husband Caul for two years when they got married but returned to Carlingford to start her family.

She would have celebrated her 60th wedding anniversary in October with Caul who was always by her side.

The sad passing of May left her family heartbroken for she was a loving presence in their lives.

She was immensely proud of her five children and doted on her grandchildren.

She will be remembered with great affection not just by her family but by a wide circle of friends and acquaintances.

May was predeceased by her parents, Ben and Rose Anne, brothers, Bernard, Hugh and Jim and sister, Anna.

The readings were given my May’s nephews, Michael and Joseph McKevitt, Preston, England.

A photo album of the grandchildren and her poetry book were taken up by Katie and Jack as her grandniece Hannah read out May’s favourite poem.

Emily, Kerry, Christopher and Laoise took up the offertory gifts and Niall, Ben, Conor, Séana, Luke and Niamh said the prayers of the faithful.

Beautiful music was provided by members of the Carlinn Choir.

Clodagh O’Gorman was choir mistress and Carmel Rice the soloist.

The exceptionally large attendance at the Mass and graveside was a tribute to May’s loving personality and the manner in which she impacted on so many lives.