Thomas ‘Tutsie’ McGuinness was the life and soul of events 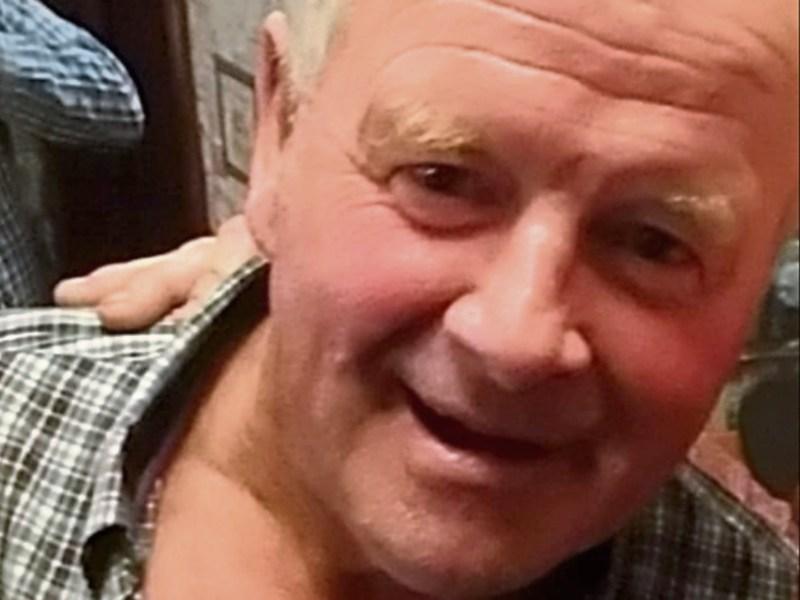 Deep shock and sadness was evoked with the sudden death on March 7 last at his home of Thomas (Tutsie) McGuinness especially in the locality of Arthurstown, Tallanstown where he was born, reared, worked and lived all his life.

He is the first of his siblings to pass away, and will be very sadly missed no more so by his family, as well as by friends and neighbours. He was always there to assist others and lend a helping hand where needed, particularly in his parish.

He was jolly and outgoing, always smiling and was the life and soul of any gathering, and was known far and wide across county louth.

Thomas had a great love of farming which was his livelihood although he served his time as a welder. He was a very hard worker and spent his entire working life with farmers in the area, a large part with Raymond Thornton in Newtowndarver.

He was extremely dedicated and took a keen interest in the advances of technology and was fascinated by the power and efficiency of modern day machinery. He strove to keep abreast of farming methods and was very open to learn

He also enjoyed going and seeing older machinery, with a love for vintage shows which he attended quite regularly.

He took a particular interest in potatoes and growing of all different varieties.

His life revolved around his work which he started at a young age. He also took part in the Mid-Louth FAS scheme which he enjoyed and made many friends and was popular.

One of five brothers, he was born in the year that Louth won their last All-Ireland championship. His mother Mary fondly called him “Tutsie” and it remained with him throughout his life.

His parents Tom and Mary died at the relatively young age of 43 and 42, respectively.

He received his formal education at Tallanstown National School and Ardee Community College.

He trained as a welder in the former state training centre, then known as Anco, but never worked in the trade, going straight to work on farms in the area. His interest lay in farming and it was an abiding and consuming one throughout his life. He married his wife, Margaret in 1983, and they had one son, Thomas. The latter’s welfare was paramount to Thomas, following his son’s progress through life with avid interest. He was interested in GAA all his life, and supported and attended matches of his local club Glyde Rangers.

He was also a staunch follower of Manchester United and travelled to Old Trafford on a regular basis to watch them play live.

He loved snooker and formula 1 which he watched on television.

In recent years he liked going off on holidays, and very much enjoyed travelling abroad, and was looking forward to going again this year. He twice travelled to Thailand in the last number of years.

He loved animals and had two dogs “Ozzy” and “Chuckie” and made many friends while out walking with them. Testament to his popularity was the size of the attendance at both his wake and funeral.

He reposed at his residence on Saturday and Sunday before being taken on Monday March 11 to Saint Peter and Paul’s Church, Tallanstown.

Symbols of his life were laid before the altar by his brothers, Johnny, Hughie, Richard and Oliver.

The readings were given by son, Thomas and his partner Elaine.

His four nephews, Thomas, Alan, Sean and Dean and his niece Laura led the Prayers of the Faithful. The Offertory gifts were taken up by Margaret and sister-in-law, Margaret.

The music was provided by soloist, Philomena Gilmore and the organist Paddy Neary.

As Thomas left the church his favourite song “Yellow Brick Road” by Elton John which was of great significance to the way he lived his life, was played

He was interred in Reaghstown cemetery.

Month’s Mind Mass is on Saturday, April 13 at 7.30pm in Saint Peter and Paul’s Church, Tallanstown.