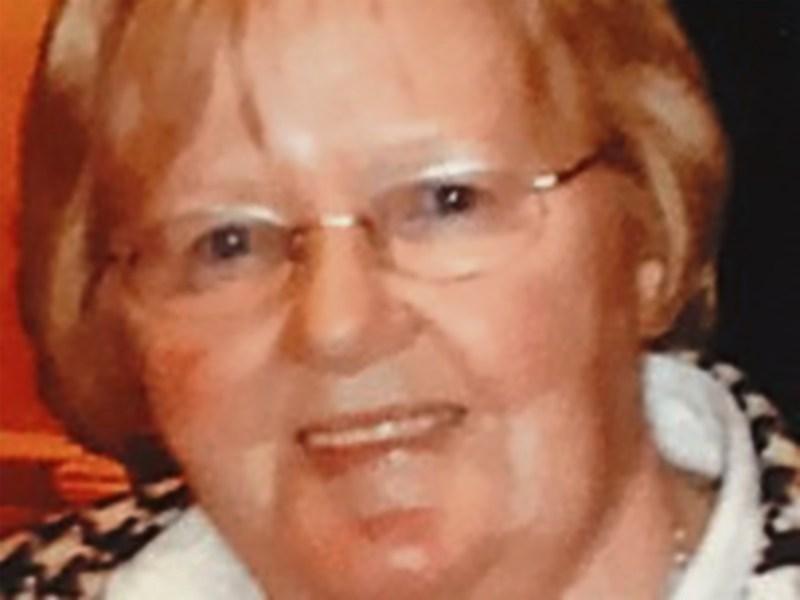 Early on Christmas Morning 2018 following a short illness Madge Martin passed away peacefully surrounded by family in Our Lady of Lourdes Hospital, Drogheda.

She is survived by her brother Sean and sister Bernadette, and by her nieces Susan, Patricia, and Jenny Martin and Linzi Sullivan and nephews, Alan and Ray Martin and Nigel and Niall Dowdall; her sisters-in-law Maureen and Margaret Martin, brother-in-law Ray Dowdall and her many grand nieces and nephews.

Madge reposed at her home for a number of days where great numbers of her extended family, neighbours, friends, former work colleagues and many representatives of the vast number of organisations to which she belonged and indeed that were part of her very busy life, called to pay their respects.

Following her funeral mass celebrated by Fr. Paul Montague in St Malachy’s Church assisted by Fr Finnian Conaghan PP Drumconrath, Madge was accompanied by a very large crowd to the nearby cemetery where burial took place .

Madge was the eldest daughter of Brigid and Patrick Martin, Tullykeel. She had four older brothers, Eddie, Patsy, Michael all now deceased and Sean and a younger sister Bernadette. She attended school in Aclint and then in Ardee technical school. Madge immediately went to work in the health service as a nurse in St. Brigid’s Hospital.

She was to spend the next forty-seven years of her life looking after generations of patients and mentoring almost as many staff.

This was clearly reflected in the many, many work colleagues at her funeral. That loyalty was shown often during her career.

She was a strong member of the ITGWU and fought hard for better conditions for her fellow nurses.

She fought even harder for her clients in the hospital and it was this dedication that had her elected to the Northeastern Health Board for two terms.

Her work on the board extended far beyond her own hospital interests.

Madge played her part in seeking the start up of Breast check in the region and indeed in many other projects for the northeast.

Outside of work Madge followed in her father’s footsteps with a lifelong interest in politics. She was cuman secretary in Ardee for Fianna Fail over many years, where again she worked tirelessly for her local region and county.

When the local Clonkeen church was handed to the Churchtown community she ,along with a handful of hard working people spent weeks and indeed months cleaning, weeding, painting and decorating to make it fit for purpose, on top of fundraising to enable all this work.

This was in fact a total renovation of the church. She was always available to assist her neighbours in whatever way required day or night, and her home was always open to her friends.

Travel was a great interest and along with a work mate she seen a lot of the world. Sport played a large part in her life, from football with her brothers and sister, she progressed to setting up a Ladies team for the hospital with a few dedicated colleagues.

She played soccer for Ardee ladies and along with her sister and two friends played for Dundalk ladies and these ladies went on to represent Ireland in the first ever international, a feat recently and belatedly recognised by the FAI when caps were awarded following a function in Oriel park. Madge never seen her cap but the magnificent girls from Dundalk ladies turned out in force for both her removal to the church and her burial and they placed the cap on her coffin.

Despite being a very modest person Madge would have been greatly honoured.

Madge will be greatly missed in her community