Paul Forrester was a devoted family man held in high regard 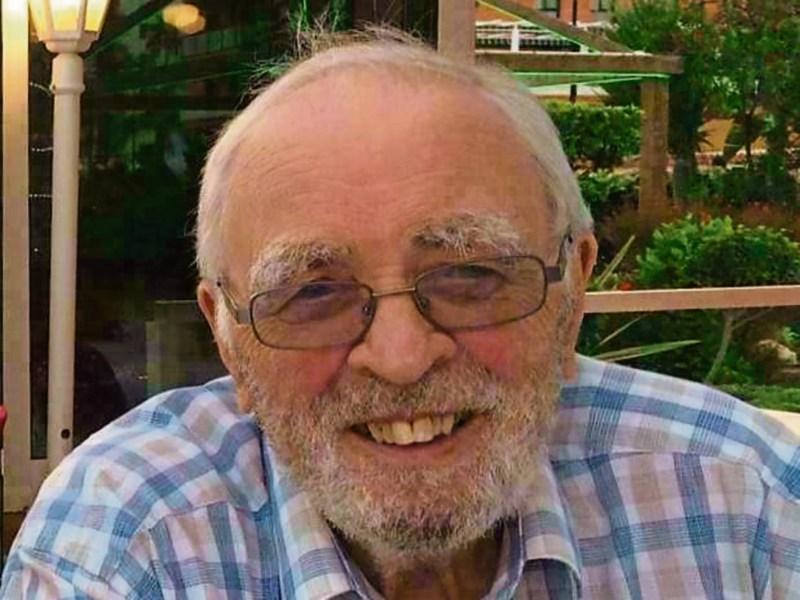 Paul Forrester of Sandfield Gardens, Blackrock was a retired inspector of auditors in the Department of the Environment and a tireless and devoted voluntary worker in his local community who was exceptionally regarded with his affable, gregarious and self-effacing nature. He was, however, first and foremost a loving family man to his wife Anne of 58 years and their seven children.

Paul passed away peacefully in his 86th year in the wonderful care of the Bon Secours Hospital, Dublin after a short illness on December 6th last.

A native of Belfast, he was the eldest son of the late Eneas and Elizabeth Forrester. Paul, Anne and family moved to Blackrock when he joined the Department of the Environment as a local government auditor in 1971.

Blackrock became his beloved home. He was a pillar of the local community to which he gave endless hours of his time, actively involved in many organisations giving freely of his expertise.

He also played a major part in the affairs of the BHK Credit Union, serving among other positions as a supervisor, while Rock Celtic was another organisation greatly indebted to him for his service. He served on Saint Oliver Plunkett School Board of Management for nine years.

In what spare leisure time he had of his own, he loved a game of golf, being a member of the Dundalk Golf Club. He was also a member of Saint Oliver Plunkett church choir for many years. He enjoyed a sing-song with his family or when out socialising.

Growing up in his native Belfast he was an altar boy in Clonard monastery. At the age of 14 Paul moved to the Redemptorist Order in Bishop Eton, Liverpool to begin formal education in a seminary. He continued his religious studies with the Verona Fathers in Stillington.

Choosing not to pursue the religious life, Paul moved to London where he met Dundalk lady, Anne Daly in 1957. Anne was a student nurse and Paul was studying accountancy at the time. They travelled home to get married in St Patrick’s Cathedral Dundalk in September 1960, returning to England where their first five children were born.

Paul subsequently worked as an internal auditor with the London Transport Board and Vauxhall Motors. In 1968, Paul, Anne and family moved to Northern Ireland. Paul was employed by the Department of Health, auditing hospitals from 1968 to 1971 when he obtained a job with the Department of the Environment in Dublin as a local government auditor. He fulfilled that role until 1990 when he was promoted to Principal Auditor and five years later rose to the highest rank of Inspector of Audits which he carried out until he retired in 1998.

His wife and family always took precedence. He loved nothing more than when they were together. He and Anne travelled extensively, undertaking regular trips to see members of their family, taking in Australia, New Zealand, New York and England. They sadly lost their first born, daughter Carol who died before the age of two. Paul was also predeceased by his cousin, Mary along with his parents.

After reposing at his home from Friday December 7th 2018, on Sunday h December 9t Paul was taken to Saint Oliver Plunkett Church Blackrock for Requiem Mass at 1.30pm. Father Brian White CC, a personal friend, celebrated the mass and delivered a beautiful eulogy. Paul was laid to rest at Saint Fursey’s cemetery Haggardstown.