Margaret Roddy loved having her family together for celebratory occasions 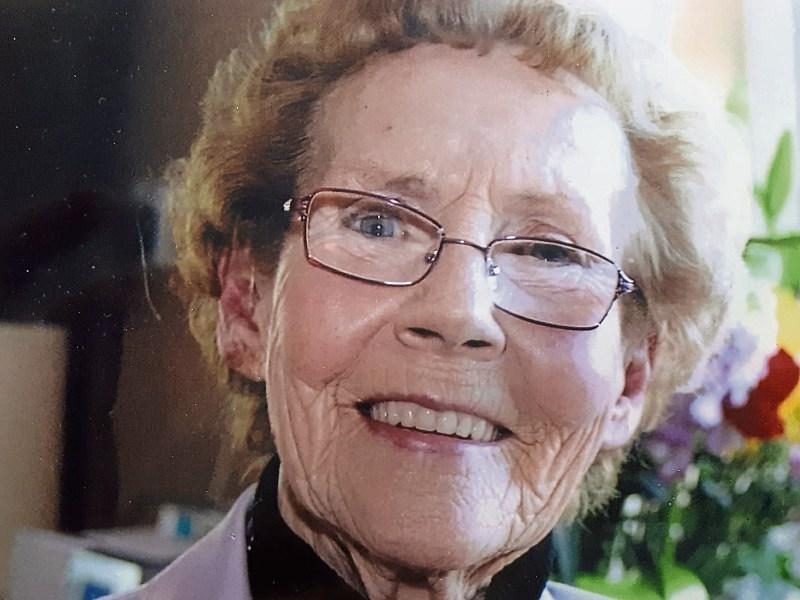 The passing of Margaret Roddy (nee Kelly), Mapastown, Ardee, Co. Louth peacefully in her home on December 10th; in the loving care of her family.

Originally from Springhill, Tallanstown, Margaret was the daughter of Patrick and Catherine Kelly.

She is predeceased by her mother and father, her brothers Dan, Dick, Pat, Michael, Matt and sister Kathy.

She lost her husband Paddy suddenly in 1984 and her son Val in 2005. She worked in Lee Jeans factory in Ardee, which she loved so much.

When she retired she enjoyed looking after her grandchildren and going to Bingo, she also enjoyed her wonderful chats with neighbours and friends. Margaret was a wonderful loving mother, always smiling and no matter how unwell she felt she would never say, she would just smile and say she was good.

Margaret always enjoyed the occasions when her family got together, she loved spending time with her family, her grandchildren and great grandchildren.

After reposing at her home, her remains were removed to the Church of the Nativity Ardee where the funeral mass was con celebrated by Fr. Cannon Murphy, Fr. O'Leary and Fr. Paul. Readings were given by sons Jim and Donal, prayers of the faithful were read by grandchildren Martina, Michelle, Anthony, Adrian, Andrew, Sinead and Louise. Gifts symbolising Margaret's life were brought to the altar by her grandchildren Susan, Laura, David, Patrick, Jamie, Reece, her son Donal and her great-grandson Oisin. Margaret's son Pat and daughter Claire brought offertory gifts. Her daughter Margaret read a reflection prayer.

The ceremony was enhanced by the beautiful singing of the Reaghstown choir and her daughter Joan. Burial took place in Ballypousta Cemetery.

On behalf of Margaret's family we would like to thank all the people who called to the house, there was a huge turnout.

A very special thank you to all the doctors and staff at Tierney Street Surgery.

To the wonderful Palliative Care Team and nurses.

To all who helped at the house and the undertakers Jim Tenanty.