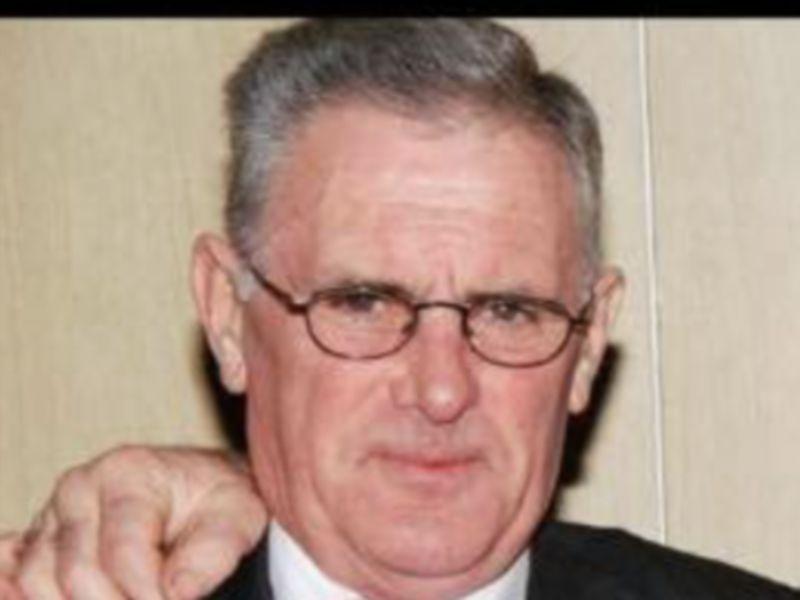 John Doyle of Cedarwood Park who died on December 27 last was a distinguished gaelic footballer and had an abiding lifelong love of the sport. He had a long playing career with Young Irelands, lining out at half back, one of the highlights of which was helping the club to win the Old Gaels cup in 1957.

Seven of the team were on the Louth side that lifted the All-Ireland the same year. Arguably John’s biggest honour was being picked for Louth two years later. During his stint in the red colours he proved that he was very much at home at the highest level in the game. He was a member of the team that won the O’Byrne Cup for the first time in 1963.

After hanging up his boots he retained his love of the game, and continued his association with the Young Ireland club. He trained the club’s ladies team during the 1990s, and about the same period filled the role of caretaker at their grounds at Hoey’s Lane.

He continued to follow and support the club and Louth, and attended their games, travelling to Croke Park to watch the Wee County. One of his proudest days was when the Young Irelands captured the Leinster junior title in December when he was present with his daughter Shona and grandson Rian.

The club paid a fitting and much appreciated honour to John by not alone providing a guard of honour at his obsequies, but also two of the gifts that were taken to the altar at the funeral Mass, were a club jersey and the Leinster Junior Sean Eiffe Memorial Cup .

The sport truly symbolised a big part of his life; definitely his leisure time, as he really loved Gaelic football. But he was into all sport, which captured his interest. He became involved in the Redeemer Athletics club when his children were members.

Apart from sport, he loved reading, being a regular visitor to the public library every Thursday. His choice of reading material was autobiographies, history and not surprisingly sport. Known for his friendly and outgoing manner, he loved to be out and about town and socialising with Guinness his favourite tipple. He was described by all who knew him as a gentleman. He observed his axiom which was “easy and slow” as he was never one to get excited and stayed calm.

His early years were spent in Distillery Lane where he was born and bred. He was the middle child of three of James and Maisie Doyle, with an older sister Julia and younger brother Jim.

He went to school at the nearby CBS (Colaiste Ris), and like many of his generation gained employment in the then thriving shoe industry in Clarks factory. He was an active trade union official in his time there.

A bad break turned into the best in John’s life when he was admitted to hospital with TB when he was 20. While a patient in hospital he met his future wife Peggy Gaughran whose father happened to be in a bed beside him.

The couple married in 1966 and were blessed to share 52 years together, and have six children. They lived very shortly in Chapel Street, where their eldest John was born before moving to Cedarwood Park. They completed their family with five more arrivals, daughters, Samantha, Aine, Fiona and Shona and another son, Aiden.

He reposed at his home on Saturday and Sunday before being removed on Monday. morning (New Years Eve) to Saint Patrick’s Cathedral for Mass followed by burial in Saint. Patrick's cemetery.

Among the symbols representing John’s life laid before the altar was his wedding album which was taken up by daughter Fiona. Granddaughter Sine brought up a Young Irelands jersey, and the Leinster junior cup was presented by son Aiden. Grandson Rian brought up a book which he gave as a Christmas gift to his grandfather.

The Readings were given by daughter, Aine and granddaughter Ali. The Prayers of the Faithful were led by grandson, Nathan, granddaughters, Hannah and Kiah and daughter, Shona.

The Offertory gifts were taken up by wife Peggy and grandson Conall.

Son John spoke warmly about his father, while Susan Dixon greatly enhanced the ceremony with her beautiful singing.