Briege Treanor was a witty and intelligent woman 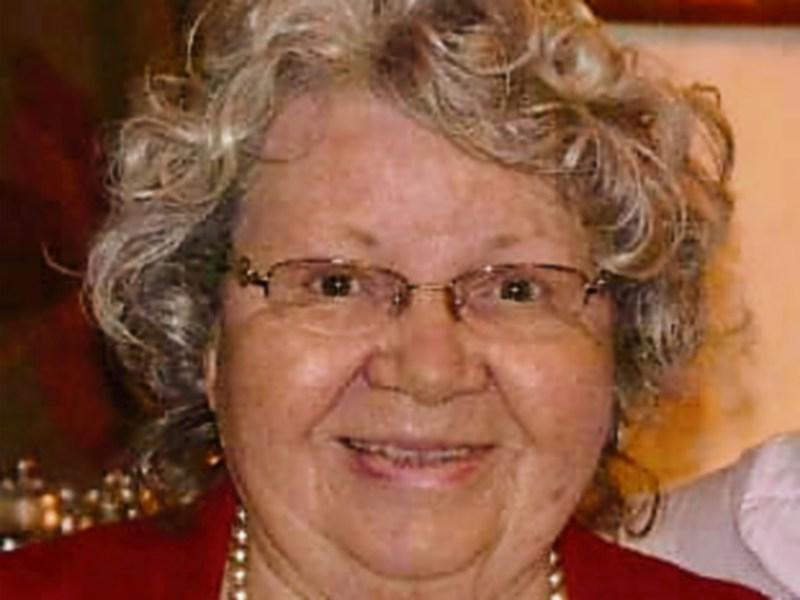 Originally from Patrick Street, Dundalk, Briege was one of 14 children, eight girls and six boys, of the late Michael and Ellen Laverty.

Briege then worked in Halliday’s shoe factory, where she met her late husband Séamus Treanor.

However, the majority of her working career was spent in PJ Carroll & Company in Church Street and later on the Dublin Road.

After that she was employed in FÁS.

Briege married Séamus in 1959, living in Upper Jenkinstown for a number of years before moving their young family to Blackrock where they lived very happily and enjoyed being a part of the community.

They had five children, Thomas, Siobhán, Mícheál, Bernadette and Kieran. Briege was a homemaker and a loving, caring, mother, grandmother and great-grandmother who will be sadly missed. She was very devoted to her family and extremely proud of her children and grandchildren.

Briege was a humorous, witty, kind and intelligent person who brought joy and happiness to those who were fortunate enough to have known her. She was a lady who took pride in her appearance and was known to be glamorous even in her later years.

Providing for her family was a priority for Briege. Her children enjoyed her wonderful baking skills, as did others. She made Christmas cakes and wedding cakes for many. Indeed, the family was amazed at the number of people who came up to sympathise with them who had stories to tell about the cakes Briege made.

She also was talented at knitting and crochet. She completed many beautiful outfits for herself and her family. She knitted Aran-wear and crocheted Christening shawls, and once again many callers had their own special memories of Briege’s work.

She was a fantastic swimmer all her life and in Blackrock pool taught most children from Saint Fursey’s Terrace how to swim. Her children also fondly remember many happy summers spent swimming in Gyles’ Quay where they had a holiday home.

She was a beautiful singer and sang with the church choir in Blackrock who also performed on RTE. She was a soloist at numerous weddings.

A religious lady with great faith she was a Eucharistic Minister. She made a number of pilgrimages and went to Lough Derg on no less than 23 occasions.

Briege loved the sun. Travel was something she enjoyed, visiting many countries including Australia.

She also enjoyed ballroom dancing where she met many new friends.

More recently she looked forward to every Thursday when she attended Saint Anne's Day Centre. There, under the guidance of teacher, Carol Wallace, she proved a talented artist. Her paintings were proudly displayed in her home.

Briege was predeceased by her husband, Séamus, sister, Eileen and her parents, Michael and Ellen.

After reposing at her residence, Briege’s remains were removed to Saint Fursey’s Church, Haggardstown, where the funeral Mass was celebrated by parish priest Father Pádraig Keenan, assisted by Father Eddie Duffy, Holy Family.

Readings were given by grandchildren, Sharon and Emma, and prayers of the faithful led by grand-daughter, Aoíse, grandson, Robert, son, Kieran and brother, Peter.

Gifts symbolising Briege’s life were brought to the altar by daughter, Bernadette, son, Mícheál and grandchildren, Selena, Ciara and Christopher.

These included a photograph of Briege and Séamus, a painting which Briege painted of the Holy Family, a rose and snowdrops as she loved flowers and had a beautiful garden, a rolling pin, wool, knitting and crochet needles.

Daughter, Bernadette and son, Kieran participated in the offertory procession, while a fitting eulogy was delivered by her eldest, Thomas.

Burial took place in the adjoining cemetery where Briege was laid to rest alongside her husband, Séamus.

The Month’s Mind Mass takes place on Sunday, February 24 at 11am in Saint Fursey’s Church, Haggardstown.