Catherine O'Hanrahan was a loving and very caring mother 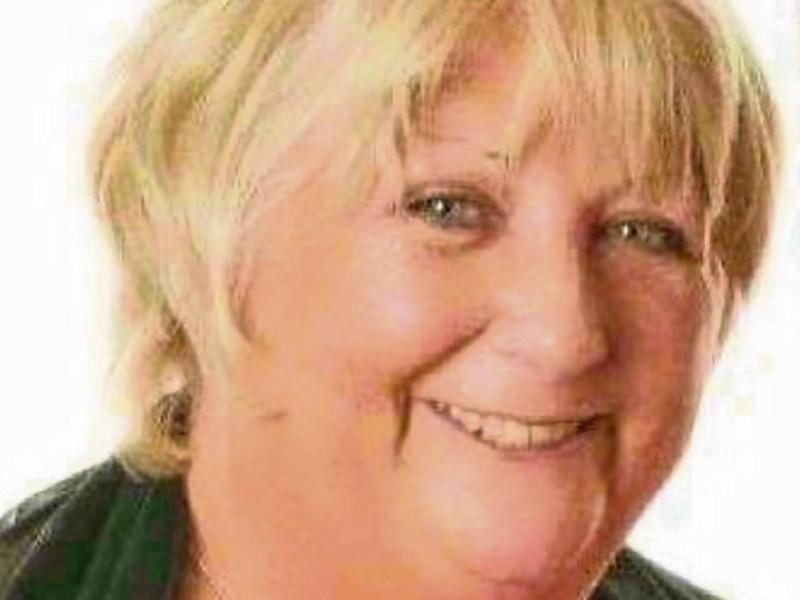 The death has occurred peacefully of Catherine O’Hanrahan, Barrack Street, Dundalk, at her home on January 19, 2019.

Originally from The Lynns, Annagassan, Catherine was the daughter of Kevin and the late Kathleen McGeough. Catherine had eight siblings, seven brothers and a sister, Philomena, who passed away in her infancy.

After attending Kilsaran National School, Catherine continued her education in Saint Vincent’s Secondary School, Dundalk. She went on to work in Carron’s, Togher and then the old Superquinn in Clanbrassil Street, Dundalk where Catherine held fond memories.

She enjoyed athletics, art and Irish dancing, and as a young lady attended dances throughout the area in venues including The Pavilion in Blackrock and The Ashling, Clogherhead.

It was at a dance where she met her future husband Liam O’Hanrahan.

They married in February 1977. Their wedding gained national recognition at the time, with the wedding picture printed in the ‘Irish Press’ newspaper, along with the caption “A Bride and Seven Brothers”, which garnered attention due to the Hollywood film ‘Seven Brides for Seven Brothers’.

Catherine and Liam moved to Barrack Street after their wedding, becoming a part of the local Quay community. She lived there for the remainder of her life, where she and Liam raised their four children, Brian, Gráinne, Stephen and Claire.

Catherine enjoyed sun holidays to Spain and Portugal and regularly enjoyed trips to Boston to visit her son. However, her greatest interest was in people. Catherine was a great listener and loved to chat and socialise with family and friends.

A loving and caring mother, Catherine also delighted in the subsequent arrival of her six grandchildren, Kate, Roisin, Saoirse, Cillian, Fiachra and Miceál.

Catherine was the heartbeat of the family. She leaves behind so many memories of a wonderful wife, mother, grandmother, daughter, sister. No words can express the sense of loss that she leaves behind.

She was predeceased by her mother, Kathleen and sister, Philomena, in infancy.

After reposting at the home of her daughter Gráinne, Catherine’s remains were removed to Saint Joseph’s Redemptorist Church where the funeral Mass was celebrated by Father Michael Cusack, Rector, with a large number of people in attendance showing the admiration held for Catherine.

Readings were given by daughter, Gráinne and daughter-in-law, Rachel, while prayers of the faithful were led by son-in-law, Eugene, Siobhán Martin, brothers, Oliver and Fintan McGeough and brother-in-law, Pearse O’Hanrahan.

Gifts symbolising Catherine’s life were brought to the altar by her grandchildren. These included an iPad, a painting by Catherine, a family photo, an elephant figurine and a brooch bouquet made by her daughter-in-law, which contained jewellery belonging to Catherine, Catherine’s mother and Liam’s mother.

Her son, Stephen and daughter, Claire participated in the offertory procession.

Her brother Fergal read a eulogy and recited the poem ‘The Dash’. The ceremony was enhanced by the fabulous singing of Margaret Brennan.