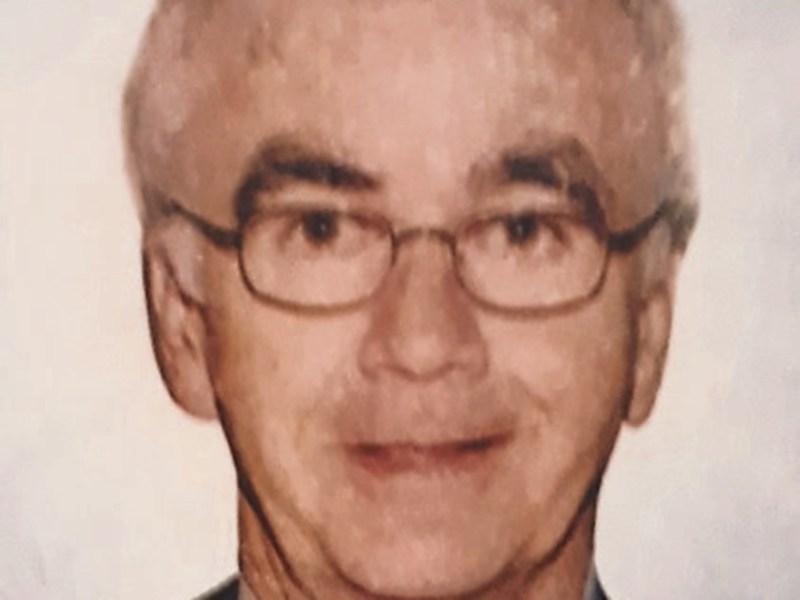 Bernard Murnaghan, Castletowncooley, Riverstown, passed away peacefully on December 23, 2018, in Our Lady of Lourdes Hospital following a long illness.

He taught for 42 years in the Friary National School Dundalk during which time he filled the roles of Vice-Principal and Acting Principal.

He had prior to entering hospital resided under the dedicated and loving care of the staff in Dealgan House Nursing Home where he spent many happy days.

Aged 71, Bernard was originally from Rathcor, Riverstown, one of seven children of the late Peter and Kathleen Murnaghan.

After attending Rathcor NS he went on to Dundalk CBS before continuing his education at third-level in Saint Patrick’s College, Drumcondra for primary school teaching.

Bernard then enjoyed a long and distinguished career in Saint Malachy’s Boys National School (Friary) until his retirement in 2009.

Never a person for the limelight he was a quiet gentleman, respected by pupils and teachers alike and had a strong work ethic.

He worked diligently for the young minds in his care and always sought to get the best out of the children.

What’s more, Bernard was very vigilant and a keen observer to spot if something was wrong, be it a child getting bullied or a pupil coming to school late, and perhaps in need of a cup of tea and some breakfast.

He always had their best interests at heart.

Also, Bernard was instrumental in setting up the ‘Stay Safe’ programme in school.

He was involved at board level in the Friary as well as Bush Vocational School.

Away from school, Bernard had a major interest in politics and was a member of Fine Gael.

At different times he served as secretary and treasurer of the Cooley/Carlingford branch of the party.

In Dundalk, he worked with Saint Vincent De Paul and sat on the Travellers’ Committee, further examples of his care and compassion for others.

Bernard also played a valuable role in the STOP (Stop Terror Oppression and Pain) rally in Cooley in 1991.

He was secretary/treasurer of Mullaghbuoy Community Centre for many years.

From a farming background, Bernard was an avid attender of cattle sales, and enjoyed going to Gunne’s mart on The Quay in Dundalk.

He was known to have a keen eye for a good bullock, and kept a number of the animals.

He loved poetry, the works of Séamus Heaney, Patrick Kavanagh and WB Yeats his favourites.

The Irish Language too was close to his heart and he had a great flair for it; and likewise, photography.

Bernard’s interests also extended to rugby and from time-to-time he would attend Ireland internationals in Dublin.

Very good with his hands he participated in woodturning, while the men’s shed was another outlet for his photographic skills.

He relished the camaraderie there until ill-health intervened in 2015.

More of a listener than a person who watched a lot of television, Bernard enjoyed tuning into Lyric FM and general news stations.

He married Marian Grant in 1983, and they had two sons, Peter and Brian. He was a devoted husband and father.

Bernard and Marian enjoyed travelling together, visiting a number of European cities as well as America.

After reposing at home, his remains were removed on Christmas Day to Saint James’ Church, Grange where the funeral Mass was celebrated by parish priest Father Malachy Conlon.

Readings were given by son, Brian and, as Gaeilge, by niece, Sheila, while nieces, Jennifer, Julie, Anne and Clare led prayers of the faithful.

Symbols representing Bernard’s life were brought to the altar by brothers, Séamus and Martin and sister, Mary.

These included a book of poetry by Séamus Heaney, travel books and his pioneer pin.

He was a pioneer all his life and possessed a gold pin for 50 years’ membership.

His wife, Marian and sister, Anne participated in the offertory procession, and a refection was given by son, Peter.