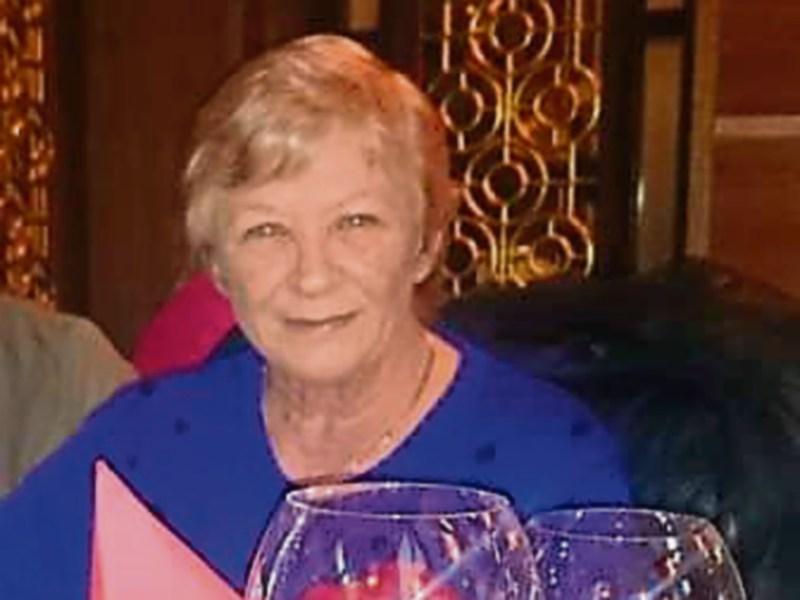 Elizabeth Gill (nee Flynn), O’Hanlon Park, Dundalk, loving wife of Francis and loving mother to Carmel, Angela and Peter, and her grandchildren, Elisha and Leanna who she adored, passed away peacefully on December 29, 2018, after a very long illness in the Beaumont Hospital, Dublin.

She was the only daughter of eight children of the late Peter and May Flynn from O’Hanlon Park.

Elizabeth was educated at Castletown Girls’ School, and afterwards went to work in Hallidays’ shoe factory.

After meeting Francis, they moved to Ashbrook, where they had good friends and neighbours.

They raised their family and lived there for 25 years until the sad passing of Elizabeth’s mother May.

After raising her family, she returned to work in DkIT, where she made many friends.

Elizabeth enjoyed going to bingo to meet her friends, and loved to travel, going on holidays with her family. When they got older it was just herself and Francis.

She had a love for Joe Dolan and on many occasions travelled to see him perform.

Elizabeth was the heartbeat of the family.

After reposing at her family home, Elizabeth’s remains were taken to Saint Nicholas Church where requiem Mass was celebrated by Father Maciej.

Symbols of her life were brought to the altar by grand-daughter, Leanna and sisters-in-law, Olivia and Mary.

The Readings were given by brothers, Paul and Jimmy, and Prayers of the Faithful led by grand-daughter, Elisha and nieces, Sarah, Marina, Nadine and Orlagh.

The Month’s Mind Mass is on Sunday, January 27 at 12 noon in Saint Nicholas Church.