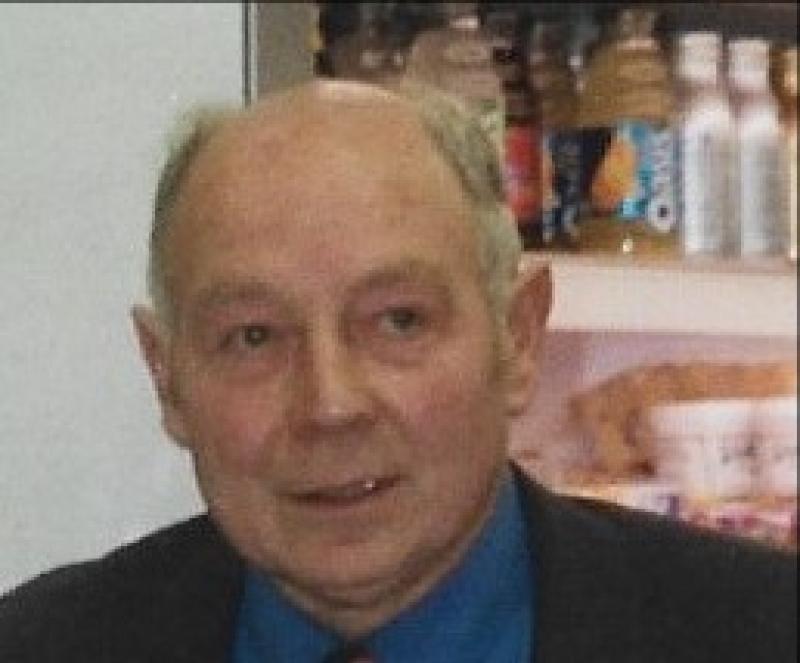 Willie Quigley of Upper Faughart was a retired, respected and hard working businessman with a life long and keen interest in horses in different forms of the sport. Born and reared in Faughart he lived all his life there.

Willie served his time in Smith’s garage and Dublin Road Motors in Dundalk. Not long afterwards he took the bold step to start his own motor repair business on the Avenue Road which he successfully grew to include a petrol station and shop that his son Liam took over and runs still on the town’s Avenue Road.

He was one of a large family born to Thomas and Sarah Quigley. Willie was educated through Irish as a student in the CBS and achieved higher level Maths through Irish. He showed great potential as a Gaelic footballer, but horses became his passion and stayed with him for the rest of his life.

He had animals of his own, and was into show jumping and hunting and progressed into horse racing and competing at race meetings.

His most famous horse was Bolero Dancer which made history at the annual meeting at Laytown for winning four years in a row, and merited inclusion in a commemorative publication marking the 150th anniversary of the staging of the County Meath meeting.

His wife Briege shared his interest in horses and racing, and the pair attended meetings together. They also shared a love of cards, such as poker and had many nights playing with their friends.

Briege (nee Murphy) hails from Cavan Road, Knockbridge, and she met with Willie when he was serving his time.

They made Faughart their home, and were happily married for 56 years, with Willie an excellent husband and father as they reared their two daughters, Mary and Ann and son, Liam

Willie passed away peacefully at the Louth County Hospital on October 19 last. He was predeceased by his brother Pascal.

He reposed at his residence on Friday and Saturday. His funeral Mass was on the Sunday afternoon with Father Vinod the celebrant.

Symbols representing his life, including a picture and his hat were laid before the altar by his granddaughter Rachel and great -granddaughter, Mia.

The Readings were given by daughter, Ann and sister-in-law, Annette, while the Prayers of the Faithful were led by his six grandchildren.

Son Liam and daughter Mary brought the Offertory gifts to the altar.

His daughter Ann gave a moving eulogy on her father while his sister Helen read a reflection after Holy Communion.

The lovely music was provided by organist Olivia Finnegan and soloist Paudie Breen.

The Month's Mind Mass for Willie will take place on Sunday November 18 at 11am in Saint Brigid's Church Kilcurry.