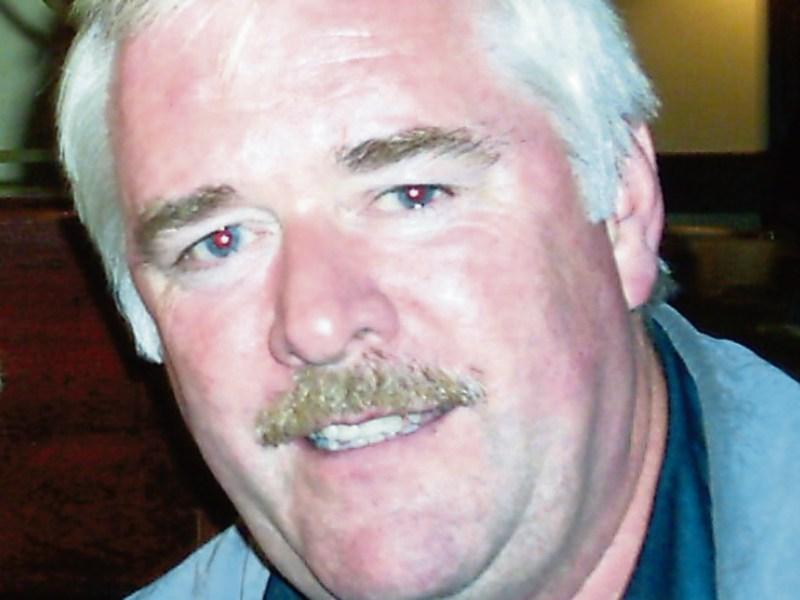 Brendan Conachy, who died recently, was a life-long Dundalk FC supporter and synonymous with the Oriel Travel Club which for many years brought fans to games all over the country.

A resident of 45 Ashbrook, Tom Bellew Avenue, he passed away peacefully in Our Lady of Lourdes Hospital on September 19, 2018, following a long illness.

Originally from Adamstown, Dunleer, Brendan was one of seven children of the late Patrick and Mary Conachy.

In 1975 he married Mary Berrill from Parnell Park and moved to Dundalk where he began working in the Harp Lager brewery, fittingly located close to Oriel Park.

Brendan worked in Harp for 29 years until taking early retirement in 2004.

He and Mary had four children, Linda, Paul and Mairéad and Charlene, who died in infancy.

The Oriel Travel Club came out of an idea by Tom McNulty senior on a trip to Turner’s Cross. Tom, the club’s first chairman, recruited Brendan and his brother, Michael.

Brendan took over as chairman and from 1997 until 2010 the Oriel Travel Club transported supporters to Dundalk games throughout Ireland.

Its first trip was on Saint Stephen’s Day to Shamrock Rovers. However, outside Dublin they got word the match was off because of a frozen pitch.

So, the first game the club actually made it to was in the Showgrounds in Sligo and there was an element of adventure there too with John Coady having to take over between the sticks, following an injury to the ‘keeper, in a 3-3 draw.

The Travel Club first used Pat Keenan and then Matthews coaches as fans paid just a tenner to any ground in the country. There was also the odd overnight trip to Cork.

Indeed, those away days, which included a spell when Dundalk was operating in the First Division, were the source of many great memories and Brendan made some life-long friends who all called to pay their respects.

He also served on the club board and ran bingo in Oriel Park, a source of income which helped sponsor matches. Brendan travelled to see Ireland play in the World Cup in Italy in 1990.

While football played a big part in his life, Brendan was a great family man and he and Mary loved to travel including a memorable visit to New York with their children.

Brendan later did a tour of China, which took in the Great Wall. Subsequently he met his partner, Evelyn, and together they also enjoyed holidays away, among them a cruise. He doted on his four grandchildren, the youngest of whom, grandson Kylan, was born just a few weeks before he died. Brendan had a great bond with them all and loved to see them calling around.

After reposing at home his remains were removed to Saint Patrick’s Cathedral for funeral Mass celebrated by Fr Magnus Ogbonna.

Readings were given by Paul and Linda, while the Prayers of the Faithful were led by Mairéad, her husband Seán Donegan, Seán McGuill, Seán Culligan Ciara Clarke and John Neary.

Symbols of Brendan’s life were brought to the altar by Gavin Goss and grandchildren, Calum, Conor and Sophie. These included a memento of his trip to China, a family photograph and Dundalk FC jersey.

Two of his carers, Niamh and Violet, participated in the Offertory procession.