Family and church the cornerstones of Gerry Hughes’ life 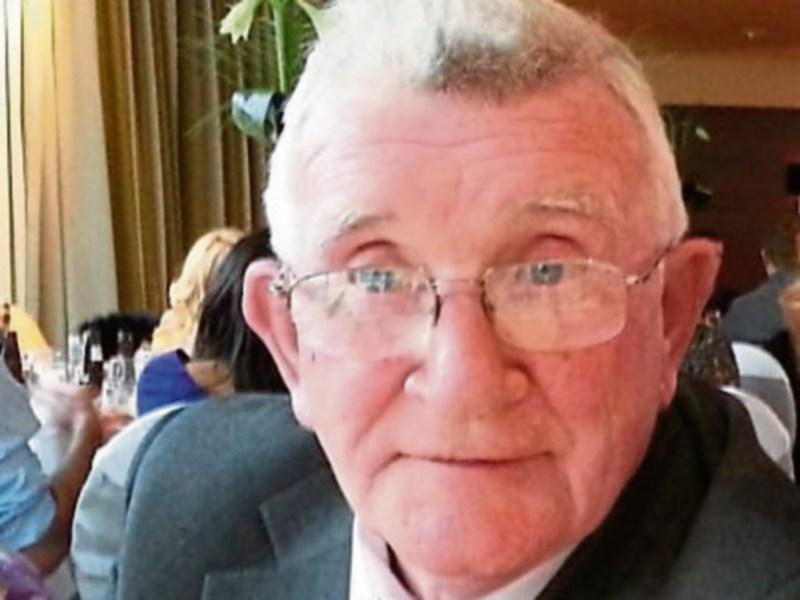 Gerry Hughes who died aged 78 on August 10 last was the retired plant manager at the town’s former cigarette and tobacco factory of PJCarroll and a man with his family and home and church as the cornerstones of his life.

He and wife May celebrated the golden jubilee of their wedding in April last, and spent most of their married life in Meadow Grove close to Saint Joseph’s Redemptorist Church in which he was very actively involved. He served on the local parish council for years and designed the church car park.

His life was his work and his family, with his commitment to his job akin to a work alcoholic but tempered with much appreciated compassion for work colleagues. Likewise he gave his all for his family, with his dexterity with his hands such that there wasn’t a task he couldn’t take on and complete .

He earned the moniker “Mr Fixit” and was in much demand by neighbours and friends as well as family. For there was nothing that was broken or wasn’t working at home that he couldn’t fix. He could turn his hand also to tiling, plumping and laying floors to name but a few skills that he mastered. Further examples of his versatility and handiwork were that he built his garage and greenhouse from scratch.

He was a fitter by trade who served his apprenticeship in the Great Northern Railway (GNR). He left the works to join the British Merchant Navvy rather than commence shift work in the Works.

He spent six years at sea during which time he twice circumnavigated the globe. He met May Murphy from the town’s Yorke Street at a dance in the town hall in 1962 six weeks before setting off on his naval adventure. They kept in touch and six years later they married.

Gerry was reared in Hughes Park. He was the eldest of four children of the late Eileen and Thomas (Ashe) Hughes. He was also predeceased by his sister, Peggy Gribben. He attended the Friary School and then the Technical School in Chapel Street.

In celebration of their marriage in April 1968, Gerry and May took off on a three month honeymoon on the ship he was serving which was most unusual at the time, with most couples managing if they were lucky a short break away. May saw Japan and parts of Europe, including Germany, Amsterdam and Rotterdam.

Gerry decided to settle back in his native town and the couple set up home in Saint Brigid’s Terrace, where they remained for eight years.

Gerry gained employment in McCanns Nurseries for a few years, and then entered PJ Carrolls in 1970 where he worked for the bulk of his working career and remained there until he retired in 1998.

He never broke his pledge, and had simple tastes and pleasures and always put his wife and family first. He loved driving and Sunday was a day for family outings, taking in places of interest, beauty and heritage like Dun-a-Ri and Mellifont, or taking members of the family shopping near or far.

Killarney was his favourite holiday destination which he visited annually with one exception in 50 years of marriage. That was in 1976 when the family moved house to Meadowgrove.

A hobby he enjoyed was making and flying model aeroplanes, and was a member of a local model aeroplane club. His personal treats were watching television, drinking a bottle of coke and smoking a cigarette. He also was very partial to chocolate.

But most of all he loved being with family, and his grandchildren when they came along. He enjoyed being part of their life, taking them for walks and feeding the ducks, and collecting them from pre-school and school.

Gerry reposed at his residence from the Saturday until his removal on Tuesday morning to Saint Joseph's Redemptorist Church.

Father Hoey spoke warmly about Gerry who was a Eucharist Minister in the Church for over 30 years, while son, David delivered the eulogy.

Gifts symbolising Gerry’s life were laid before the altar by his grandchildren, Harry, Libby and Alex, while the Offertory gifts were taken up by daughters, Anita and Yvonne.

The Readings were given by personal friend, Artie McManus and nephew, Colin Hughes.

The Prayers of the Faithful were led by his nieces and nephews, Ciaran and Jacqui Ward, Aoife Finn, Ciara Murphy, Niamh McGeough, Darren Gribben, Jamie Faulkner.

The music was provided by organist Brendan McCourt and singer, Sarah McCourt.