Joan Gaynor was a creative person who loved knitting 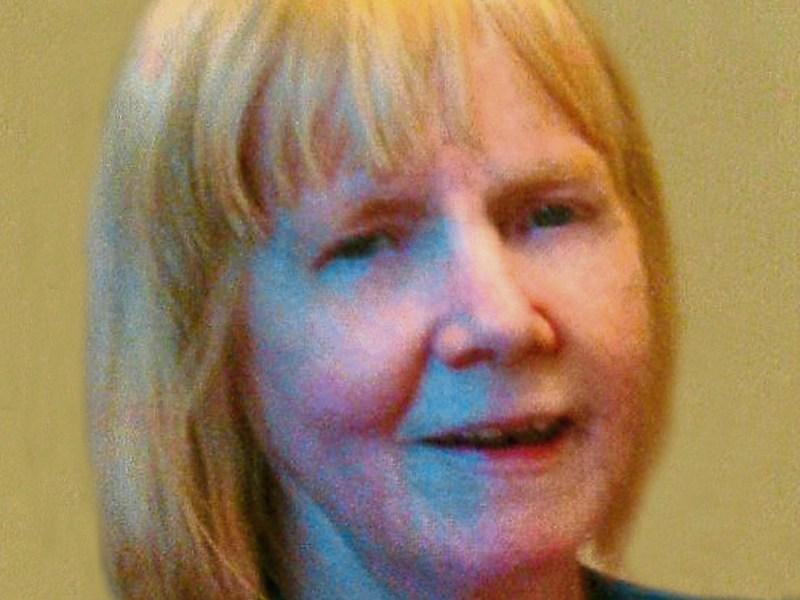 Joan passed away suddenly on 7th June 2018 is Our Lady of Lourdes Hospital, Drogheda.

Joan was born in 1942 to Peter and Elizabeth Markey of Hill Street Dundalk and was the second youngest of family of 11.

Joan was preceded by her parents, brothers Owenie, Matt, Peader and Patrick and her sisters Maura, Mena, Tessie and Imelda.

Joan started her school days in the Friary National School and then later started working in Halliday and Connolly’s shoes.

In her early days she loved to go dancing and took an active part on the Civil Defence where she met Oliver.

After a few years of courtship she and Oliver married in Sept of 1965 in St. Patricks Cathedral Dundalk.

They started their married life living in Hill Street before building their family home in Ballybarrack in 1971.

She took an active part in setting up her husband’s Oliver’s Electrical and Heating Business.

In the early 80’s she opened Joan’s Stores in the Old Bacon Factory, Avenue Road which was very popular and fondly remembered as Joan’s which traded for 33 years before retiring in June 2014.

Joan was always a very creative person and was gifted with her hands. She loved to knit, sew, make clothes, gardening and going to bingo.

She loved her weekends away and family holidays that were largely spent in Curracloe, Wexford which were fondly remembered.

She also had an active social life and wide circle of friends. She loved to join in sing songs and playing darts on a Saturday night.

In her later years she loved to spend time with her children and grandchildren.

After reposing at her home Joan was removed to St. Marys Church, Knockbridge on 9th June. Funeral mass was celebrated by Fr. Patrick Rushe.

Symbols of her life included her knitting needles, glasses, bingo book, remote control and family photo was presented by her grandchildren.

Readings were led by her niece Patricia Mc Keever and her nephew Colin Boylan.

Daughter in law Melissa and son in law Gerry presented the offertory gifts.

The esteem in which Joan and her family are held was reflected in the extremely large number of people and neighbours who called to the house and attended the funeral and it is something for which her family are very grateful for.

They would also like to thank Mc Geoughs Funeral Directors for their professionalism.