Laura Coleman’s voice captured the hearts of many in Dundalk 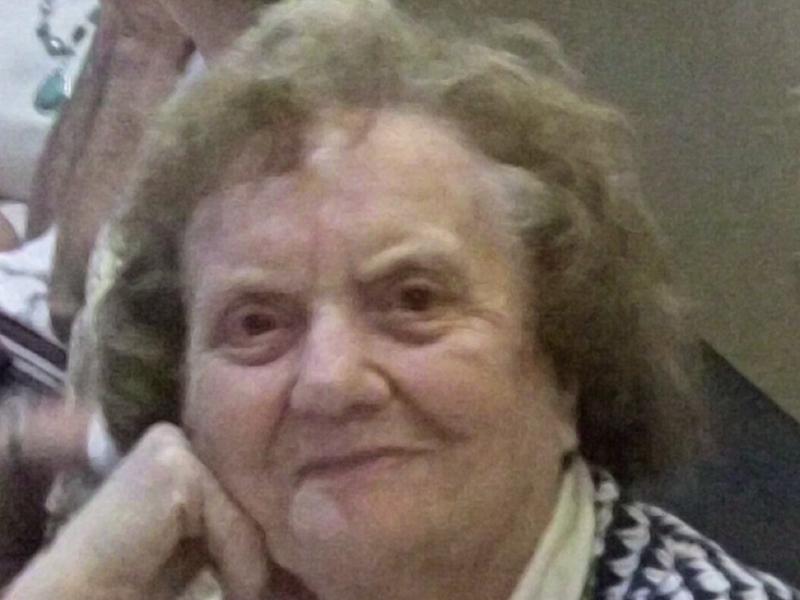 Laura was one of Dundalk’s finest and best loved singers and a very popular figure.

She entertained and enriched many, many lives with her melodious voice, often in harmony with husband Seanie. They formed the town’s best known and appreciated singing couples for years that captured the imagination of a nationwide television audience.

The pair were runners-up in the hugely popular Live at Three talent contest for over 55s that was screened during the long running afternoon programme which was presented on RTE by Derek Davis and Thelma Mansfield.

It underlined the level of talent that local audiences had experienced and enjoyed at all sorts of occasions, family and private, such as weddings and parties, and public events like talent contests.

For instance the couple performed with the Louth Village variety group that won the De La Salle talent competition that was staged for years to packed audiences in the town hall.

Laura also performed in her younger years in local dance bands, two of which were fronted by Kitty Martin and George Duffy.

The couple made a CD of their own, which was a compilation of 15 of their favourite songs.

Laura shared the pleasure derived from her beautiful soprano voice from a young teenager.

She never stopped singing thereafter, and on the holidays that she so much enjoyed with husband Seanie the couple sang every night, whether in Portugal or Austria.

Holidays allowed her also to indulge her other passion which was shopping.

Her generous, kind, nature would require an extra suit case to bring home the gifts and presents that she would buy for family and friends.

She also loved greyhound racing and the social outlet of attending the former Dog Track on the Rampart in the company of her mother-in-law Lucy.

Laura was daughter of the late William and Jennifer Craven and was raised in Castletown. She attended school at the De la Salle, and started work as a 14 year-old in Connollys boot factory at Mulholland Avenue where she met her husband who also worked there at the time.

The couple married in 1958 and lived on McSwiney Street and Church Street before McDermott’s Terrace became their permanent home, initially moving in with Seanie’s uncle Paddy.

Laura was easy-going and simple things pleased her.

A really happy phase of her life was when she took up the position of housekeeper with the Dominican Fathers.

She filled the role in the Friary for over 30 years and a mutual warm relationship was formed between her and the members of the community. She looked forward every year to going on holiday, spending breaks in different parts of the country like Tramore, Balbriggan, Salthill, and abroad in Spain, Portugal, Cyprus, Canary Islands and Austria. She passed away in the wonderful care of Saint Oliver Plunkett Hospital, and is deeply missed by husband, Sean, son, Gerard, grandson, Adam, daughter-in-law, Sandra, brother, Liam and sister, Sadie Foran, along with brothers-in-law, sisters-in-law, nephews, nieces, relatives and friends.

After reposing at her son Gerard’s home on Carrick Road on the Thursday, Laura’s remains were removed the next morning to the Church of the Holy Redeemer.

The Offertory gifts were taken to the altar by Gerard and daughter-in-law Sandra.

The beautiful music by singer Sarah McCourt and organist Brendan McCourt was a fitting tribute to a lady who was described as Dundalk’s Jo Stafford, the famous American traditional pop singer.