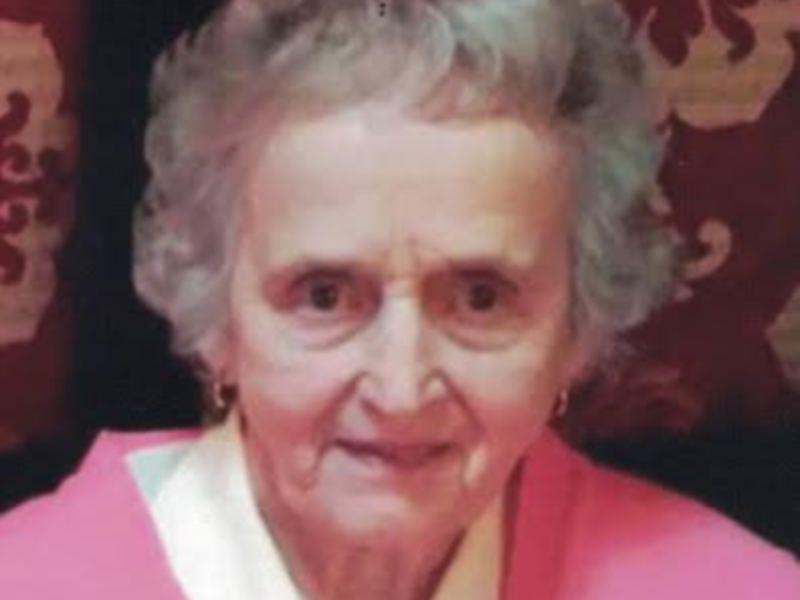 Ann (Nan) Sharkey (nee Ludlow) who died on June 23 was a lady devoted to her family.

Nan passed away peacefully in the loving care of Dealgan Nursing Home surrounded by her heartbroken family.

Nan was born on the August 1 1932 in Faughart to her parents James and Annie Ludlow (nee McArdle). At a young age, she moved to Thistle Cross, Mountpleasant which was to remain her home for the rest of her life.

She attended Faughart Primary School and went on to work in PJ Carrolls, Dundalk. She met her husband John and married in 1953. They went on to have ten children and Nan also looked after her mother and father who were in ill-health and her brother Seamus.

In 1976, the entire Ludlow family were struck a tragic blow when Seamus was cruelly murdered near his home. Sadly after 29 years of marriage, her husband John died suddenly in 1983. Despite her deep shock and sadness at losing John at such a young age, Nan showed great courage and resolve and continued to work hard to provide for her family.

Nan enjoyed gardening and took great pride in her flowers and her home. Over the years, family and neighbours enjoyed a game of cards in her house. She loved going to bingo regularly and it has been said that she didn’t go every night of the week .... she went eight nights a week! She was very well known in the local bingo halls and made many friends there. She loved listening to music, especially Daniel O’Donnell and every weekend she loved listening to the Green Scene on LMFM.

She loved to watch Gaelic games and was an avid supporter of Saint Patricks GFC, Lordship ever since her husband played with the club. She attended many matches and enjoyed the celebrations when the Pats won the Joe Ward cup.

Nan was deeply religious and attended weekly mass in Mount Oliver Convent. She had a special devotion to Saint Brigid. She was a great neighbour and always had a friendly word for everyone. Anyone visiting her home was made very welcome and nobody would leave without a cup of tea and some home baking.

However, her greatest love was her family and she was at her happiest when her children, grand-children and great grand-children called to visit. There were lots of memories made with always plenty of tea, buns, sweets and fun.

Over the last number of years, Nan’s health started to fail and her family lovingly provided care and support until her health deteriorated to such an extent that she needed to be cared for in Dealgan Nursing Home. While there, she loved to have her family around her and was never short of visitors.

After reposing at her home, Nan was removed to Saint Mary’s Church Ravensdale on June 26. The funeral mass was celebrated by Father Brian MacRaois.

Symbols of her life including her wedding photograph, her own photograph, a Pats jersey, her handbag, a bingo board and her glasses and alarm clock were presented by her grandchildren Aoife, Aisling, Cathal, Paul, Ronan and great-grandson, Conal.

Readings were given by Vanessa Ludlow and Ciara Gallagher.

Prayers of the faithful were led by grandchildren, Hannah, Leah, John, Cian, Deirdre and great-granddaughter Amy.

Her daughters Ann, Briege, Patricia and Kathleen presented the offertory gifts. A touching communion reflection was read by grandson, Gavin.

Beautiful music was provided by Henry McCloskey who was a personal favourite of Nan’s.

Nan was interred in Ravensdale cemetery next to her beloved John. A lament was played on the flute by grandson Niall.

The esteem in which Nan and her family are held was reflected in the extremely large number of people who called to the house and attended the funeral and it is something for which her family are very grateful.

Nan will be deeply missed and always lovingly remembered by her entire family and all who knew her.

Months mind Mass will take place in Saint Mary’s Church, Ravensdale on Sunday August 5 at 11.30 am.