Pete O’Hare was known as ‘The Barber’ 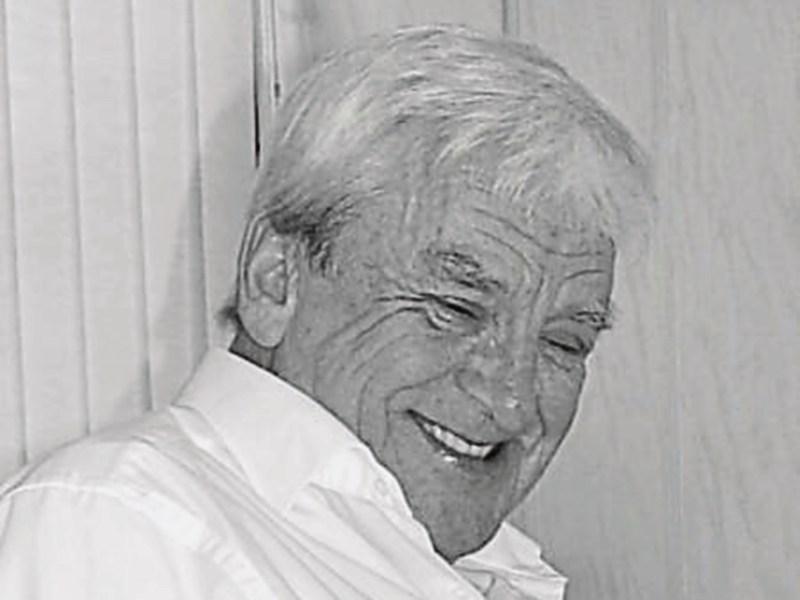 The barber” or “Pete” was two common forms of endearment applied to Peter O’Hare.

It was clear who was being spoken of and why as he was known as the barber by name as well by profession.

For very good reason he worked for six decades in the trade, virtually all in the family business in Bridge Street that his father James started and which Peter took over and ran until he retired last August due to ill health.

Generations of families, fathers, sons and grandsons all went there to have their hair cut for the best part of a century, with the shop open for 89 years.

Peter dispensed his own form of hair therapy in his own inimitable way, with his sharp wit, grinning smile and straight talking.

He enjoyed the craic and the banter, and he was not shy about saying what he thought and felt that could defy the maxim the customer is always right. But then all would be forgiven as Peter would disappear from the shop and return with his favourite pink slice buns and share them.

He possessed an overriding decency, kind-heartedness, concern and passion for customers, neighbours and friends, as well as integrity that mightn’t have been seen or known. But his unprompted visits to ill and sometimes house bound customers, exemplified his humanity helping others and was greatly appreciated by the individuals and their families who acknowledged Peter’s kindness over the course of his wake and funeral.

He continued the practice right up to the week he died although greatly curtailed by his illness. There were countless memories recalled by the large number of callers to his home at Greengates Blackrock which he made his home with wife Kay and where they raised son, Darren. Like from one elderly gentleman who recalled in Peter’s father’s days a 4 X2 plank was placed across the barber’s chair in the shop to cut the hair of youngsters like him.

These recollections were heartening for his family, and a help to cope with grieving Peter’s sudden death on June 30 last and the void that will lie ahead in their lives albeit they hated to see him give up the profession he loved and his life so severely restricted.

Particularly for one who was a free spirit who liked to get into his car and drive where the mood brought him. Sometimes that was to Dublin to say hello to his son and wife Clodagh and his grandchildren.

He loved the good weather and to bask in the sunshine and exercise by walking. He was a familiar figure strolling about town at lunch time while clearing his mind from his job and whatever else might be on it.

He loved the early mornings that he rose to play golf, usually a Sunday morning, on the Dundalk course, and free as a breeze would drink in the fresh air and sunshine. He was more than a usual player for that matter.

But he wasn’t one for convention and would do his own thing. One story summed up that side of his personality was one day that all the car parking spaces were full at the clubhouse and Peter pulled into the spot reserved for the PGA (Professional Golfers Association).

When rebuked Peter responded in his typically quick witted and humorous way that he thought the letters meant “Peter Goes Anywhere.” But he was a perceptive thoughtful and kind friend who quietly would offer advice; lend a helping hand in a practical way such as providing a lift home.

He had his own personal struggles that he conquered, such as refraining from being a heavy smoker and where appropriate and at carefully chosen times would quietly draw on his experiences to try to help others battling with problems.

He was above all a loving and devoted husband, and a dedicated father and grandfather, who deeply cared, and marked his relationship with his brothers and sisters and extended family. The death of brother Phil in 2015 had a profound affect on Peter who for years had issues with his health, particularly respiratory problems.

Life started for Peter in Assumption Place, Castletown Road, close to where he went to school in the De La Salle, and worked for 60 odd years. He started his apprenticeship as a 12 year-old and apart from very short spells in Dublin and Canada he worked in Bridge Street through to his retirement. He was one of the 11 children of James and Alice O’Hare and grew up with an interest in GAA and especially his local club. He was also a follower of Louth, and travelled to watch their matches. He had a great interest in current affairs, developed through his love of reading newspapers, and was very knowledgeable. His preference for national and international news was the Irish Press until it closed. Then he switched to the Irish Times, and also always had copies of the local newspapers in his shop. He was above all a “people person” who loved being in company, whether family, friends or customers, and engaging in healthy and lively debate. He also enjoyed classical music, and was a dapper dresser. Peter was predeceased by his brothers, Pat, Brendan and Phil and Paul as an infant, along with sister Theresa Flynn, niece Leigh Flynn and parents James and Alice.

After reposing at his residence on the Monday and Tuesday, Peter’s remains were taken to his local church of Saint Fursey on Wednesday morning.

Items symbolising Peter’s life were laid before the altar by his grandchildren, Sadbh and Oisin and nephew Killian. They included his car keys, sun glasses, copy of the Irish Times and bag of golf balls.

The Readings were given by his niece, Kerri and daughter-in-law, Clodagh.

The Prayers of the Faithful were led by his nieces and nephews, Jennifer, Conor, Michelle, Amy, Niamh and Naoise. The Offertory Gifts were presented at the altar by sisters, Eilish Humpston and Mary Nordone.

Son Darren paid a warm tribute to his father after Holy Communion, and a fitting musical farewell was sang by singer Roisin Crawley in her rendition of “My Way”. She and organist Olivia Finnegan provided the live music in the church, while “Time to Say Goodbye” was played at the graveside.

Peter was laid to rest in the adjoining cemetery.

Month’s Mind Mass for Peter is on Sunday, July 29 at 11am in Saint Fursey’s.