Gerard Rogers was a keen cyclist 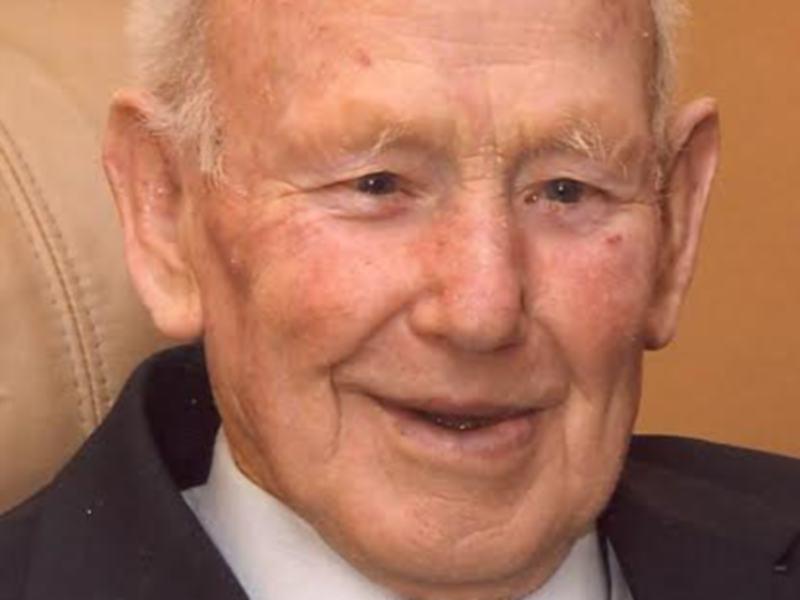 Gerard Rodgers, who died in his 94th year, was a founder-member of Mountpleasant Cycling and Athletic Club and an All-Ireland-winning cyclist.

He passed away on April 5, 2018, in the Louth County Hospital, surrounded by his family.

Born on June 23, 1924, he was one of six children of Rose and John Rogers, Upper Jenkinstown. He had two sisters, Cissie and Molly and three brothers, Michael, Joseph and Thomas. He attended Bellurgan NS.

Gerard took part in competitions throughout Ireland with the cycling club, winning many races.

The highlight came in 1946 when, along with Johnny Mullen and Paddy Lennon, he was a member of the three-man team which won the All-Ireland Championship in Dublin.

Gerard married his beloved wife, Anna (Ross) of Dulargy, Ravensdale in August 1956 and set up home in Jenkinstown, not far from where he grew up.

They had six children, Rosaleen, John, Gerard, Pauline, Anna and Carmel. He worked all his life in Suttons Limited, Seatown Place, Dundalk, as a seed machinist until retirement.

Gerard and Anna enjoyed ballroom dancing before their marriage, which had to be put aside until their family was reared but it resumed afterwards. They entered waltzing competitions throughout the area and won numerous first prizes, resulting in a huge collection of trophies on display in every room of their home. They continued to enjoy dancing up until Anna sadly passed away in 2005.

He enjoyed the social aspect of attending Dromintee social club where he felt at home as everyone himself and Anna. He continued to go there up until two years ago and was still taking to the floor for ballroom dancing.

Gerard and Anna travelled together around Ireland, as well as much further afield to New York and Australia.

His passion for sport and physical activity stayed with him all his life, and he took a keen interest in all of his grandchildren’s hobbies, such as football and Irish dancing.

He instilled in each a determination to succeed in their particular area of sport and to work hard. Each of his grandchildren remembers fondly a ‘pep talk’ from Grandad before big competitions and matches.

He took great pride in their achievements in sport, academic pursuits and their chosen careers; always on hand to listen and offer words of wisdom which they will carry for the rest of their lives.

After reposing at home his remains were removed to Saint Mary’s Church, Ravensdale on Saturday, April 7 for funeral Mass celebrated by Father Brian Mac Raois. Readings were given by grand-daughters, Caitlin Connell and Danielle Phillips, and prayers of the faithful led by grandchildren, Leigh Rogers, Jessica Daly, Ashling Connell and Michael Daly.

Gifts symbolising Gerard’s life were brought up to the altar. These included an ornamental silver bike, presented by niece Ann Lennon, representing his cycling days with Mountpleasant, and a pair of binoculars, by daughter Carmel, which he used to check on his sheep on the mountain and in the upper fields.

Also, a shepherd’s crook, by grandson Colin Phillips, used when helping the sheep to lamb in difficult circumstances and for herding the sheep, and a dancing trophy which was brought up by daughter Anna to represent the many competitions he won with his wife Anna.

Daughter Rosaleen and grandchildren Aaron and Brianna Rogers participated in the offertory procession.