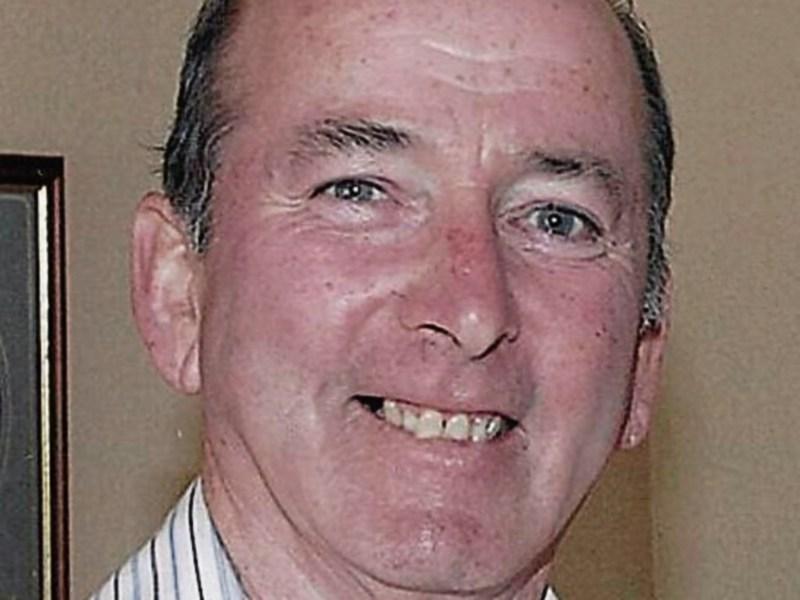 He faced quite daunting challenges but no matter what was thrown at him took on every one with his trademark big beaming smile, providing calm and reassurance.

Loving husband of May (nee Woods), and father of David, Declan and Lorraine, he was born in Haggardstown, the youngest of eight children of Patrick and Kathleen Watters.

He was predeceased by his parents, and also his brothers, Jim, Patsy and Eamon and sisters, May and Esther.

In his younger years he was a talented dual footballer who turned out for his local GAA club the Geraldines and also played soccer for Rock Celtic. He was a full-back on the Celtic team that won the Dundalk Junior Summer League title for the first time in 1973.

He worked for 25 years in Haggardstown Nurseries, a large grower of tomatoes, and struck up a lifelong and true friendship with Seamus Brennan.

They shared a love of soccer and loyalty as supporters of Dundalk with Seamus always there to bring Martin along to matches in Oriel Park.

Martin went on to work in German Salami on the Avenue Road where he was a meat packer and also carried out occasional deliveries. He was employed there until 2003 when he suffered a stroke and was unable to continue.

He spent a total of 26 weeks in hospital, 13 weeks in the Louth County and a similar period in Dun Laoighaire Rehabilitation clinic where he learned to walk again. He never regained power in his left arm, but that didn’t deter him.

He could turn his hand to anything; whether painting the house or doing much loved DIY in the garden. He also lent a hand where he could help with family and his neighbours in Lisdoo.

His passion for Dundalk FC grew after his stroke. He attended all home fixtures when he could. His usual spot was at the half way line in front of The Shed, sporting his club hat, scarf and jersey, rain or shine.

Physically he was as strong as an ox, and his powers of resilience was tested when he was diagnosed with cancer in January 2017. Like everything else he took it on and battled his way through to gain the all clear after a rough year the following December.

However, it returned in May last and it was a battle he tried to fight but could not win this time.

After reposing at his home, he was taken to Saint Nicholas Church and after Requiem Mass on his final journey to be laid to rest in Dowdallshill cemetery.

Father Mark O’Hagan Adm was the celebrant, and daughter Lorraine delivered a touching eulogy in the form of a poem, while family relative Mary O’Hanlon sang beautifully.

Symbols of Martin’s life were laid before the altar by Jenna, Cian and Eva- Nicole Loy. They comprised his Dundalk FC hat and jersey and a copy of the Sun newspaper.