Owen Joe was a true gael all his long life 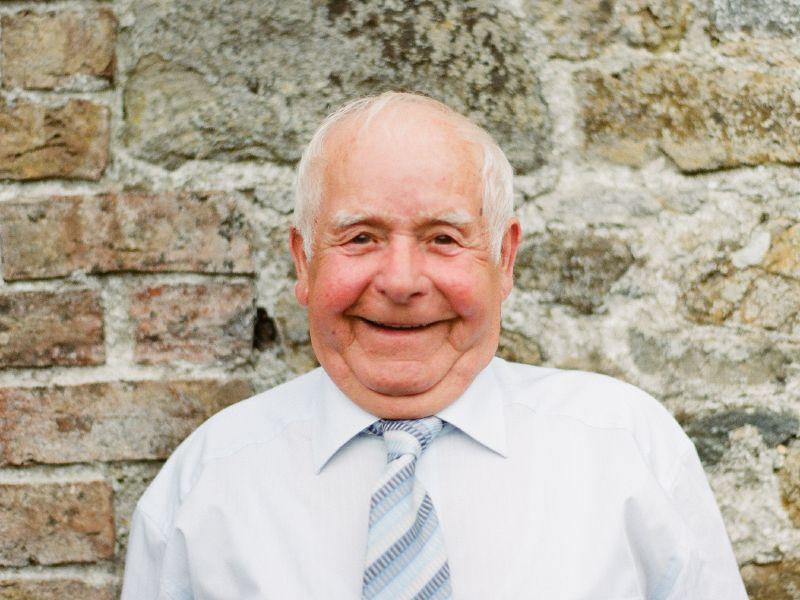 The death has occurred at home in the loving care of his family of Owen Joseph Woods,

Owen Joe was born in the neighbouring parish of Kilkerley in 1928 one of nine children to Owen and Catherine Woods. He was predeceased by his parents, brother, Oliver, sisters, Bridgie Woods, Margaret Carragher and Kathleen Lynch.

He is survived by brothers, Tommy and John and sisters, Mary Watters and Rosie McGee. As a young boy Owen Joe worked with local farmers and helped his father who was a carpenter. He then took up employment in Dundalk with Carolans who changed names over the years from ABC to Finches and United Beverages. He was involved in plant maintenance until he retired in 1988.

He married his wife of 63 years Kathleen (nee Craven) in 1954 and set up home in the parish of Faughart. In 1955, he transferred to play Gaelic football with Roche Emmets.

In his first year with the club they won the MacArdle Cup, the first of two in a row.

In 1957 he was on the Championship winning team playing in his position of number 5, the half back position he played in all his playing days.

In 1958 he again played his part when Roche became the first and only side to win the Senior Championship and Cardinal O’Donnell Cup at first time of asking. He retired from playing two years later and then began his love of underage football.

One of the founding members of Naomh Brid in the parish he was recognised as the man who biblically attended matches both adult and underage. Arguably his proudest moment in the club was in 2015 when he was named club President, a role he took very seriously and was always on hand when needed. His last official duty was in December when he proudly presented winning medals and cups to the victorious U14 and U16 teams. His grandson Adam Fee was a member of the U16 team.

In later years both Owen Joe and Kathleen became members of the local Active Retirement Group of which he was a very popular and much sought-after story teller and singer.

Owen Joe had a profound sense of Christian, family and community values. A lifelong pioneer he had extremely strong devotion to Saint Brigid. If anyone was sick or in any difficulty his first port of call would be the Shrine. So it was fitting that he slipped away peacefully in the early hours of Saint Brigid’s day, the 1 st of February.

He will be so sadly missed but so lovingly remembered by each member of his family and by everyone who had the good fortune to have known him.

His funeral mass took place in Saint Brigid’s Church, Kilcurry where a guard of honour welcomed his remains comprising of Faughart Active Retirement Group and every age group from Roche Emmets, senior down to U9s.

Readings were by grandson Darren Woods and granddaughter Elaine Smith and the responsorial psalm was beautifully sung by granddaughter Cara Woods.

Bidding prayers were offered by granddaughters Lucy May Fee and Mayah Woods, also by grandsons Conor Mullen, Alex Sangster and Jason Woods. Daughters Winifred and Anne carried up the offertory gifts. The communion reflection, a poem written by Owen Joe “Those Trees” was read by granddaughter Carol Mullen.

A eulogy was read by son Paddy and son Eugene thanked everyone who looked after Owen Joe in his final days. Kilcurry Church Choir provided the wonderful music.

Saint Brigid be with me until the road’s end, and help me to walk through that gate as God’s friend.