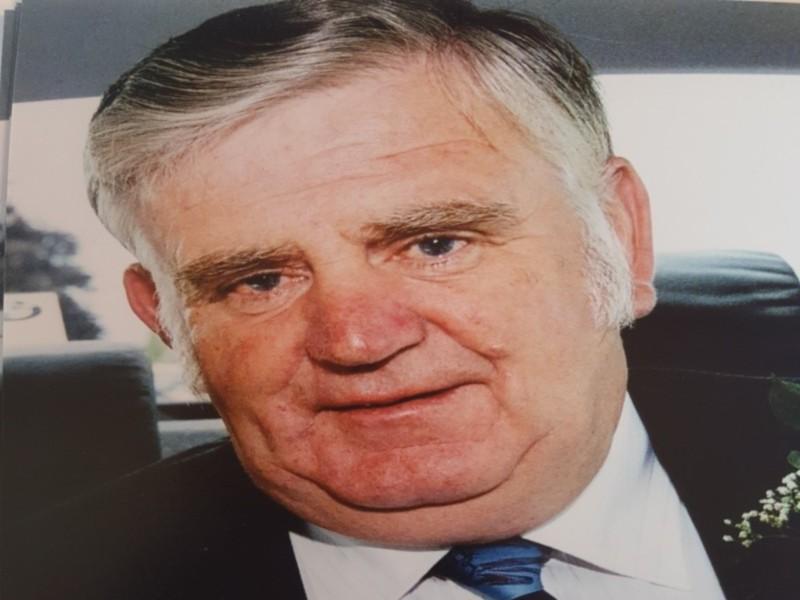 The death occurred in the Lourdes Hospital of Alex Sweeney, Christianstown, Readypenny, Dundalk on 14 May 2018.

Alex was the third eldest in a family of eleven born to Ackie and Rosie (Nee McKenny). He attended Darver National School until the age of fourteen when he left to work with the local farmers.

When he was eighteen he got a job in Annagassan Mills , during the Harvest (which was owned by the late Paddy Donegan).

He remained working there and then began working as a helper on a lorry in the Castlebellingham branch. He was promoted to a lorry driver which shaped the rest of his life.

He travelled the length and breadth of Ireland but mostly to Cavan, a trip he loved apart from the bad roads. In his spare time he would be seen taking engines apart for repairs in scooters and cars.

In 1971 Alex married Margaret Thornton from Readypenny whom he first met at school at the age of seven. They had two children Colin and Noeleen who are their pride and joy.

In 1989 he got the opportunity to buy his first lorry and become self employed. He built up a successful business with his son Colin working with Lakeland Dairies where he made many friends.

In 2007 Alex semi retired and spent his spare time farming, a job he loved. He enjoyed nothing more than spending time with his only grand daughter Carla looking after the animals and feeding the pet lambs.

Alex was predeceased by his parents Ackie and Rosie, brothers Sean and Frankie, and sister Benny.

After reposing at his home, his remains were removed to St Michaels Church Darver, where mass was celebrated by Fr Pat McEnroe and Fr Eugene Sweeney was also in attendance.

Readings were by daughter Noeleen and grand daughter Carla. Offertory Gifts were brought to the altar by his sisters Mary and Rosaleen.

Prayers of the faithful were by nieces Fiona McCarthy, Paula Reid, Karen Neary and Rosemary Sweeney.

Alex’s popularity and the high regard in which he was held was reflected in the large number of people who called to the house from near and far and attended his funeral.

The family would like to thank all the medical staff who looked after Alex in his illness, his carers Annette and Claire who were a great support to Margaret.

Also to his neighbours and friends who were always on hand to help in any way they could.

They would also like to thank Finlays undertakers and Jim Tenanty for their professionalism and also the grave diggers, all who send mass cards, flowers and messages of support.

The beautiful singing was by Philomena Gilmore accompanied by organist Paddy Neary.