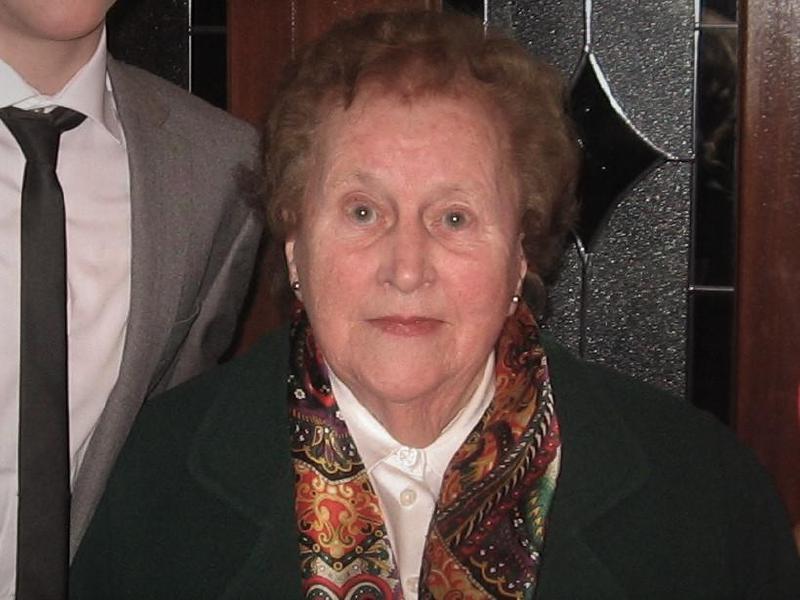 She was born on 22nd April 1926 to parents Patrick and Kathleen McDonnell, Killencoole, Readypenny.

She was the third eldest child of seven and was predeceased by her brothers Tommy, Jack and Packie and her youngest sister May (McGeough).

She is survived by her brother Michael and sister Rosaleen.

Her mother tragically died when she was a mere seven years old.

The absence of her mother contributed to Bess’ sense of vocation towards her own children.

She always strived to give them the maternal love and support that she unfortunately missed out on.

Bess was educated in Darver National School before moving to Navan for finishing school.

Bess met the love of her life, Joe Kieran, and they were married in 1947.

Together they had seven children.

Bess was a homemaker and she possessed a real fondness for baking.

Her apple tarts and brown bread were renowned in the Kilcroney area!

She was caring and thoughtful and always put others before herself.

She appreciated the simple things in life, like just sitting on the wall in Blackrock on a sunny evening with an ice-cream.

She always kept her handbag close by in case the opportunity of a spin out arose.

Bess’ bubbly personality accompanied with her witty remarks were a breath of fresh air, with many commenting that she seemed and looked younger than her 92 years.

He stated that “Kilcroney has lost its own Queen Elizabeth”.

After reposing at her home, removal took place on Friday to St Mary’s Church, Knockbridge.

The funeral mass was celebrated by Fr. Paddy Rushe.

The beautiful music was provided by Ruth Kelly and Paddy Neary.