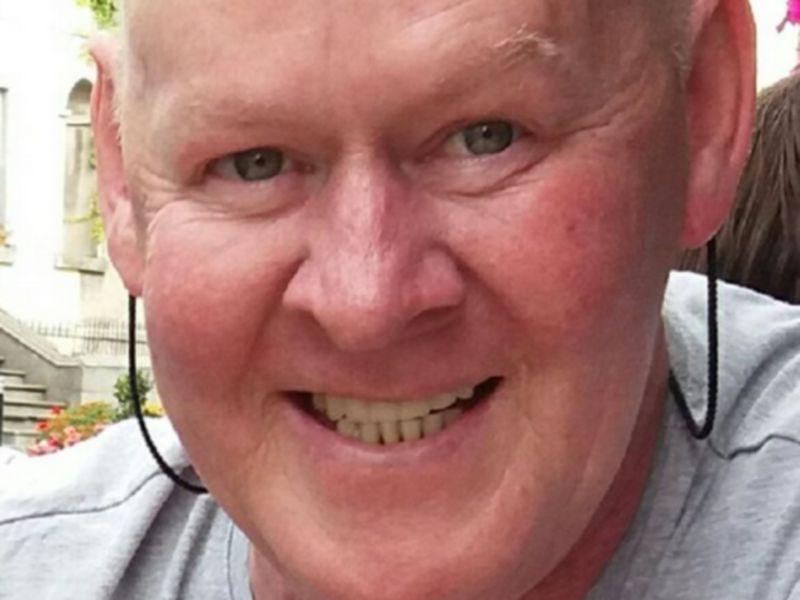 A groundsman at Dundalk Stadium, Seán (Scud) was well known in this area as he started out as a parade boy in his teens on the old track on the Ramparts.

Seán had various other jobs prior to this. He started in Chapel Street Dundalk in Tuckser Cahill’s as an upholsterer, and worked also in meat factories alongside his brother Patrick. He also turned his hand to steel fabrication with his friend Raymond Fealy on the Point Road, Dundalk.

Seán had a great interest in horse racing and enjoyed nothing more than checking the daily newspaper and meeting up with pals for a chat and to have his daily flutter.

Seán had a very positive outlook and was known as a happy man who was always kind and courteous to all he met. During his illness which started in September 2014, Seán maintained his positive attitude and never let it affect his daily routine or family life. He got great comfort visiting St Brigid’s Shrine at Faughart.

Seán was predeceased by his dad, Johnny, his mother, Vera who passed away in May 2017 and also his nephew, James. He is survived by his partner Briege, his brothers, Dominic, Ciaran and Patrick, his sister, Úna, Briege’s children, Carolyn and Jonathan, Jonathan’s partner Melanie, nieces, nephews, sisters and brothers-in-law, uncles, aunts, relatives and friends.

After reposing at home, his remains were removed to the Church of the Holy Family where the funeral mass was celebrated by Fr Jim O’ Connell. Readings were by niece Orla and nephew Christopher.

Prayers of the Faithful were by nieces and nephew, Gillian, Fionnuala and Gerard. Jonathan and Melanie participated in the Offertory Procession and Carolyn gave a beautiful eulogy. On the altar were symbols of Seán’s life, daily newspaper, a photo of the old dog track on the Ramparts and a St Brigid’s Cross.

Music was provided by Olivia Finnegan and Róisín Crawley.