Rosie Watters was a resident of Mary Street North in Dundalk 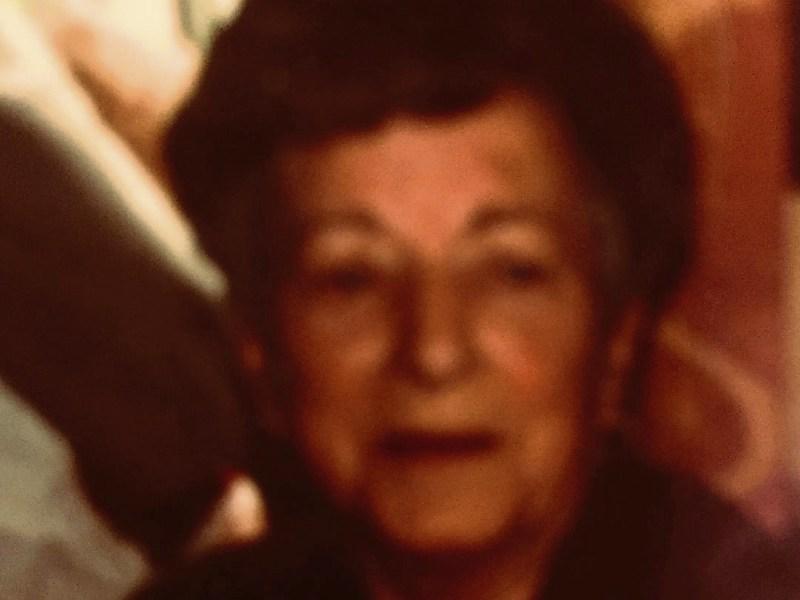 Rosie Watters who died on September 18 was a resident for 78 years of the close- knit neighbourhood of Mary Street North or as it is aptly called “Happy Valley. She was the founder of and ran for many years the local senior citizens club as she contributed handsomely to the local community and to her local parish, being dues collector for 20 years for Saint Patrick’s..

She also was a lady who was steeped in the GAA who had an unwavering allegiance to her home club Clan na Gael.

Rosie was the daughter of Con and Mary O’Neill, Castletown Road and was born on November 17th 1926. She had two brothers, Con and Gerry and one sister, Kate all of whom predeceased her.

The family moved to Market Street and then to 54 Mary Street North. Rosie spent her latter days in Saint Peter’s nursing home Castlebellingham.

Growing up she attended the Friary NS and at the age of 12 went to work in the local textile industry. She worked there for three years and then left to take up employment in the shoe trade in Rawson’s factory and was there until the premises was destroyed by fire in 1967.

Her mother passed way when she was 18, and she took on the role of caring for her dad Con and brother Gerry. Sister Kate married and moved to live in Bray while brother Con emigrated to Australia in 1951.

She returned to work in the shoe industry in Castle Shoes for a two year period between 1967 and 1969. She left as she was expecting her first child, Majella. She had her second daughter Catherine the following year

However, she continued to do interlacing work at home, and was helped out by the family. She had a further spell working in the shoe industry between 1979 and 1985 in Clark’s factory.

Rosie was a big Clan na Gael supporter and went to all GAA matches where she met husband, Jim Watters from Haggardstown and known fondly as “Big Jim” There was great banter over the years in their home regarding Rosie’s beloved Clans and her husband’s home club Geraldines.

The couple would have celebrated their Golden Jubilee anniversary on September 25th this year.

She was a great knitter and made Aran jumpers. She started the senior citizens club in Seatown in 1975 and from then until 2005 ran it every Wednesday night hail, rain or shine.

Rosie loved bingo, attending sessions with her best mate Kitty Maguire RIP for 46 years five nights a week. Another close buddy from her days in Rawson was Peggy Tuft who is still hail and hearty at 95.

Rosie passed away surrounded by her family in the loving care of Saint Peter's Nursing Home, Castlebellingham which was like a second home to her, and the staff were wonderful to her family.

She is the last surviving sibling in her family, and was also predeceased by husband Jim eight years ago this month.

She is sadly missed by her daughters, Majella Keating and Cathy Cousins, sons- in- laws, Brian and Graham grandchildren Dan, Rosie, Rhys nieces and nephews and great friends.

She reposed at the residence of her daughter Majella, Mulholland Avenue on the Tuesday and was removed on the Wednesday to Saint Patrick's Cathedral.