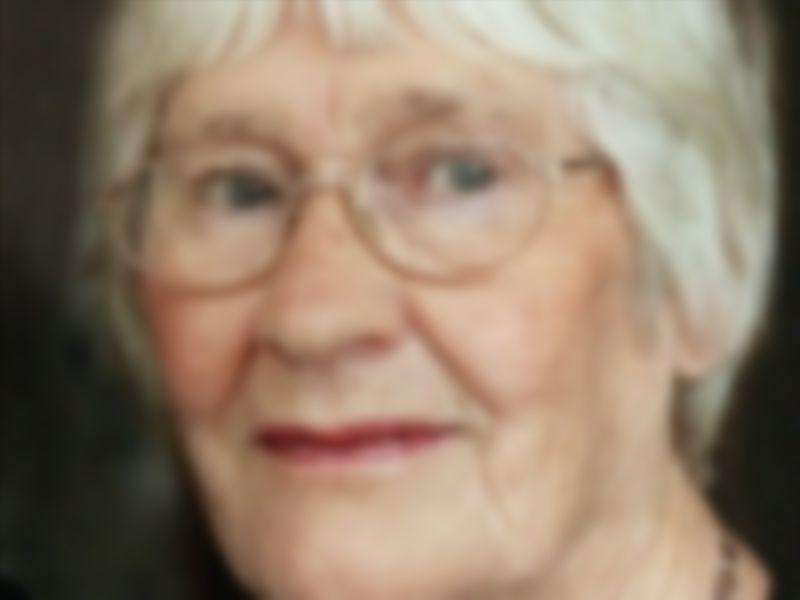 The death took place peacefully of Margaret McEneaney on Thursday, July 6 at her home 31 Ard Easmuinn.

Aged 86, she passed away surrounded by her family following a year long illness borne with great dignity and bravery.

Prior to that she enjoyed great health in a long and fulfilled life in which her primary role was as a devoted wife, homemaker and mother.

Formerly Margaret McCullagh, she hailed from the village of Cranagh in the Glenelly Valley in County Tyrone. Margaret attended secondary school in Letterkenny after which she took up employment in the offices of architect C.V. McLaughlin in the town.

She moved to Dundalk with her late husband Joe and their family six years after the couple’s marriage. Joe was a native of Edmondstown, Ardee and the couple met while working in Letterkenny.

Joe worked in the drapery trade and on moving to Dundalk in 1963 set-up a business with his brother James in Clanbrassil Street.

He established his own window furnishing business in Stapleton Court 13 years later and worked there until he retired in 1996 after 33 years in business.

Margaret’s time was fully occupied with the primary responsibility for raising the couple’s six children, three sons and three daughters. Shortly after moving to Dundalk, Margaret and Joe suffered the devastating loss of another son, Joseph who very sadly passed away in infancy. Margaret played a strong supporting role in the activities in which her children were engaged.

This led to her involvement from it’s inception in the Friary Youth club. She held a strong faith and served as a Lay Minister of the Eucharist and Reader at Masses in her local Church of the Holy Redeemer.

Along with being a keen gardener and dressmaker, Margaret was well versed in current affairs, deriving a lot of her knowledge from reading newspapers, and loved to engage in debate on matters of the day.

As her family grew up she became more immersed in the game of bridge that was to form such a big part of her life and through which she made wonderful friends.

As well as being an accomplished and successful player Margaret played a very active part in promoting the game.

She was the first president when the three local clubs merged to form Dundalk Bridge club in 2005, and introduced many to the game as she passed on her love and deep knowledge of the game in teaching it to newcomers and offering encouragement to them. Playing up to four times a week, she won many major competitions partnered by her brother in law Kevin, including the Cuchullain Cup three years in a row. She was made an honorary member of the Dundalk Bridge club in recognition of her input over the years.

The club paid tribute to Margaret, remembering her “always pleasant, courteous and very witty manner and great sense of humour”, stating she will be sadly missed by the members. Members formed a Guard of Honour as her remains were taken to the Holy Redeemer Church on the Saturday after reposing at her home on Thursday and Friday.

Family members participated in the Mass with the Readings given by sons, Feargal and Martin, while the Prayers of the Faithful were led by daughters, Marcella and Eileen, son, Brendan, granddaughter, Eibhlin and son-in-law, Joe.

The Offertory Gifts were presented at the altar by daughter, Carmel and granddaughter, Emily.

The beautiful music was provided by soloist, Roisin Crawley and organist, Olivia Finnegan.

Margaret was predeceased by husband, Joe in 2008, along with and her son Joseph in 1964.