Alice Tipping was a lady with a strong sense of identity 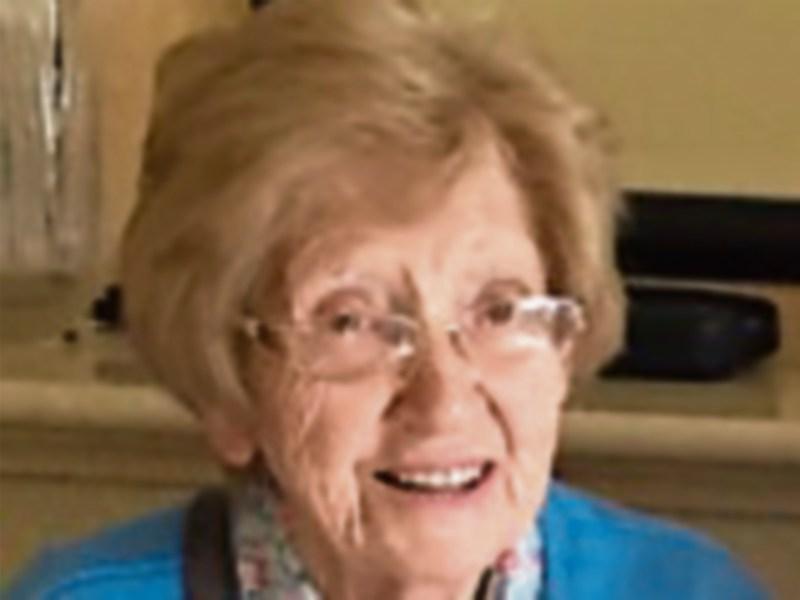 Alice Tipping who died peacefully surrounded by her family, on July 4 last at her home in Dunmor, Avenue Road was a lady with a strong sense of identity, who was proud of her family’s long links with her native town, and whose family and wide circle of friends were central in her life.

It was a long, happy and fulfilled life that began in the town’s Thomas Street. She was the only child of Margaret and Laurence Carroll, whose family’s ties with Dundalk stretch back many generations.

Her early years were very happy times. She attended the nearby Friary School.

She loved school and her teachers. It was here that Alice developed her love of the Irish language and culture. She joined Conradh Na Gaeilge, where the great local Irish scholar Peadar O Dubhda was among her teachers.

Alice left school at the age of 14 and studied shorthand, typing and book-keeping for two years. She then went to work in Tempest’s in Crowe Street, one of the town’s most famous shops, and was very happy there, only leaving after 13 years when she got married.

Her teenage years were filled with fun and friendships, very many of which lasted throughout Alice’s life and were close friends.

She was a founder member of the former Rowing Lawn Tennis club on Mulholland Avenue. She travelled to many parts of the country to play in tournaments.

Her love of Irish culture also included Irish music and dancing and she and her friends enjoyed ceilis all over Dundalk.

This was also the era of the Big Band. Alice loved the music, the style and the dancing. Her favourite venues were the Market House dance hall at the Square and the Pavilion ballroom in Blackrock. Alice also had a gift for the piano, and enjoyed recreating the dance tunes and the big movie songs at home.

She was a keen fan of Gaelic football and particularly of her native county Louth. She was present in Croke Park when the Wee County defeated Cork to lift the All-Ireland for the last time in 1957.

She did all these fun things with future husband Brendan.

The couple married in 1956 and set up home in Thomas Street, three doors away from where Alice was brought up, and reared their six children there.

Family holidays were a highlight. In the early years the family loved to spend August staying at Blackrock beach.

Later, the family travelled over the country on holiday in their own caravan, staying in the likes of Donegal, Galway and Kerry, and took breaks locally in Gyles Quay and Carlingford. Alice loved animals and the family always had a pet cat or dog, often both.

The couple moved home in 1986 to Dunmor off the Avenue Road, and like in Thomas Street were blessed with valued neighbours and friends.

Alice was very outgoing, sociable and loved the chat, and enjoyed any function, dance or social gathering.

She lost her son Philip in 2004 and within 18 months husband Brendan also passed away. Their deaths cast a shadow over her later years, but her love and enjoyment of family, friends and especially her five grandchildren provided her with a focus. She was a doting grandmother.

She is survived by her children, Paul, Karl, Gregory, Shane and Allison, her grandchildren, Conall, Fionn, Oisín, Oriana and Shane. She is also deeply mourned by her daughters-in-law, son-in-law, relatives, neighbours and friends.

After reposing at her home on the Wednesday, Alice was removed on the Thursday morning to The Holy Family Church.

Father Frank Corry SM celebrated Requiem Mass during which he delivered the eulogy. Readings were delivered by Alice’s grandson Conall and son Paul. The Prayers of the Faithful were led by daughter, Allison and grandsons, Fionn and Oisin who also served the funeral mass.

The offertory procession comprised granddaughter, Oriana, son Shane and niece in-law, Lilly before the closing eulogy was given by son Gregory.

Alice’s Month’s Mind Mass is on Sunday, August 6 at 11am in the Church of the Home Family.