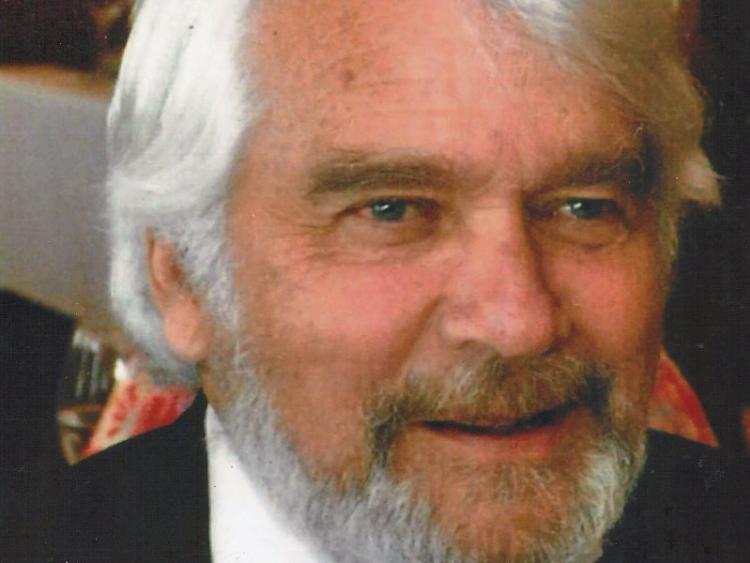 Dr Peter Connolly, Seaford Gardens, Blackrock, who died on June 26 last, was a leading figure in education in this country.

He helped establish the Regional Technical Colleges (RTCs) --now known as the Institutes of Technology and, in his native county of Louth, left an indelible mark on the vocational sector with the many major achievements and developments during his tenure as CEO of Louth Vocational Education Committee (VEC). From small beginnings as Dundalk RTC, , which Peter had overall responsibility for setting up and managing, DKIT now stands as a symbol of excellence in third level education in the North East.

From Dundalk, he was one of four children of the late John and Annie (nee Eastwood), with two brothers and a beloved sister Bernadine, the youngest child to whom he was godfather. He was predeceased in 1999 by brother, Noel who was an anaesthetist. His other brother Harry is a member of the legal profession and practiced as a senior counsel.

His father was originally from Annaville Terrace, Chapel Street and worked as a turner on the Great Northern Railway. His mother hailed from Cookstown, County Tyrone.

She owned a shop at 61 Park Street and the family lived above the shop presently occupied by the Punjab House restaurant.

Peter was the first grandchild and was treated accordingly and spent a lot of his summers in Cookstown with his granny.

His primary school days were spent between the Friary and the Christian Brothers in town, and moved into the CBS Secondary College where he studied through Irish. He was first in the country in the Leaving Certificate examination in 1959.

He studied for his BSc in Chemistry at UCG through Irish. He did his Masters there too, and obtained his PhD (Doctorate) in physical chemistry in Queens University Belfast.

He commenced his employment career in 1966 as a lecturer in Chemistry/Science at the College of Technology, Belfast where he spent three years. He had a six month stint in a similar capacity at City College Norwich from July until December 1969. The following month he took up an appointment as Senior Inspector with the Department of Education and Science which he filled until October 1977. He held the distinction of being the last Inspector, formally assigned to the Technical Institute Branch of the Inspectorate.

Peter’s focus was on Technology /Sciences and he was to the fore in advocating the importance of innovative teaching and learning methodologies and the necessity to make education both real and accessible for all people in Ireland.

This was at a time when it was the norm for most young people to leave school after the ‘Primary Cert ‘ at age 12/13, with smaller numbers staying in education until the then Group /Intermediate certificate at age 14/15 as it then was.

When he took charge of the County Louth VEC he was responsible for the overarching leading and management of the schools then under the VEC’s remit. During his tenure he ensured that DES supports were put in place to expand the nature and extent of the second level provision in Louth with the expansion and development of schools in Dunleer –Scoil Uí Mhuirí, Bush Post Primary School and Dundalk Vocational School (O’Fiaich College) and in later years Saint Oliver’s Community College in Drogheda. Today, we see the fruits of his significant labours in what are modern, state of the art, high spec. educational institutions, where academic excellence, sits side by side with excellence in skills/craft subjects.

During his 30 year tenure, Post Leaving Certificate/Colleges of Further Education,

had their genesis from the VEC sector. Peter, with support from the DES could see the need for programmes which bridged the transition between secondary school, as it then was, and third level, which at that time was not seen as accessible for all.

The establishment of the Vocational Preparation and Training Programmes (VPTP) 1 and 11 were the precursor of what have now become the QQI Level 5 and 6 programmes in PLC Colleges. Under Peter’s guidance, teachers were encouraged to innovate, to push the boundaries of academic and technical excellence, to enable and support young people to go further in education and indeed to be the first of a generation in most families to have the opportunity to go to third level.

With the support of the then VEC Committee and DES he established O’Fiaich College of Further Education and Drogheda Institute of Further Education. Again from small beginnings these colleges offer 2,000 places to young people each year to access third level education from the local community.

Highly intelligent and very hard working, he was the youngest Chief Executive Officer in the country when appointed to head the Louth VEC in November 1977 and served in the role until he retired in February 2007. His legacy was formally acknowledged on his departure by the then Minister for Education, Many Hanafin, stating that he had made an “enormous contribution to the Department of Education and Louth VEC and the wider vista of education in Ireland.

“Under his careful and astute leadership the schools managed by the VEC grew and developed in response to the changing demands in Irish post primary education and in answer to the emerging needs in the area of education.”

Those who worked close by and best able to assess what he did for education in the county assert he will be “remembered by both students, young and old and staff of County Louth VEC as the ‘Big Boss ‘ who did not need to command respect, it was earned and given freely by all who had the great pleasure of working with and alongside him.”

Peter led from the front encouraging his leadership teams in schools and colleges to strive for excellence in teaching and learning and to ensure that, what we now term as wrap around supports, where possible, were made available to the young people in VEC schools, thereby encouraging and ensuring young people stayed in education for as long as possible and did not leave without formal qualifications/certification. Even at that time Peter could see that this was the essential ticket for progression and opportunity for our young people.

During this time of huge change and innovation in education, the rise of what we then termed Adult Education, now known as (Further Education & Training) FET, was supported wholeheartedly at every opportunity by Dr Connolly, who actively embraced the introduction and indeed piloting in County Louth, of many innovative programmes, which today form constancy in our Education system.

Peter, was an advocate and firmly committed to the need for active inclusion projects which enabled and supported those most marginalised, those most distant from the education system, to re-engage in services, which were apt and fit for purpose, using innovative teaching and learning strategies to enable and support participation of hard to reach groupings. Programmes included: VTOS (Vocational Training Opportunities Scheme), Youthreach, Community Education, Evening /Night class provision, BTEI (Back to Education Initiatives), Travellers Training Centres. Significantly, with the support of the Department of Education & Skills, Peter worked to support Special Education provision in the region, enabling practical subjects such as Home Economics, Art and Woodwork to be introduced as part of the curriculum in such schools.

Peter’s role as CEO enabled him to lead and support interagency working long before it was seen as innovative or the way to do business. He actively supported the establishment of Oakdene, the then Counselling Centre in Dundalk, the first of its kind in the country; Second Chance Education projects, to enable and support young people to be maintained in an education/training environment which enabled them to achieve their full potential; the establishment of Partnership Companies in Dundalk and Drogheda,; the establishment of the County Development Boards in Dundalk and Drogheda, on whose executive Boards he served.

At a time of significant change, development and innovation in the Education system he led out on government policy to enable the amalgamation of Co. Louth VEC with the then Town of Drogheda VEC, to become one as Co Louth VEC. He was the right person, at the right time, in the right role, with the resolve and strength of both character and intellect to support and enable the development, enrichment and enlargement of education and training opportunities in Louth.

On his retirement he left County Louth VEC very much embedded into the fabric of both community and Local partnership planning processes, as a vital and holistic Education /Training service to the population of Louth, and sought little recognition for his achievements.

On retirement he served on the interview panel for the Fulbright Commission, which awards grants for Irish citizens to study, research, or teach in the US and for Americans to do the same in Ireland.

In his personal life he was fascinated from boyhood in all things related to trains and treated himself to some models when he retired. He loved toys and play and the imagination it offered children.

He loved travel and was particularly fond of Egypt and in his retirement visited most countries in Europe. He also loved his garden and creating interesting features in it.

Another love of his was brass bands and marching bands and fittingly a brass band played at his removal.

He spent much time meticulously choosing and presenting gifts to loved ones.

He was fluent in Irish and enjoyed the Irish club on Monday mornings in Aqua cafe in Blackrock.

He was a member of Dundalk Rotary club and was very generous in his patronage of causes with both time and money. His favourite charity was Operation Smile, a charity which repairs cleft lips and palates in children.

He had a quirky sense of humour - those who enjoyed it really enjoyed it - those that didn't could be left confused!

Above all he was passionate about education for everyone, and not just the very bright, or the young.

He was really enchanted by his seven grandchildren; Poppy, James, Feilim, Rory, Sophie, Seth and Reuben. His eighth grandchild, Teagan was born the day after he died peacefully in Our Lady of Lourdes Hospital.

He is survived by his beloved wife, Peggy (née Bourton) and children, Garfield, Joanne, John, Roseanne and David, brother, Harry, sister, Bernadine, grandchildren, along with son-in-law Rob, and daughters-in-law Shane and Ellie, and David's partner Emer, nephews, nieces, relatives and friends. He was predeceased by his brother Dr. Noel Connolly.

After reposing at his home on the Wednesday, he was removed that evening to Saint Oliver Plunkett Church Blackrock for evening prayers.