Gertie's passing marks the end of a long era in Inniskeen 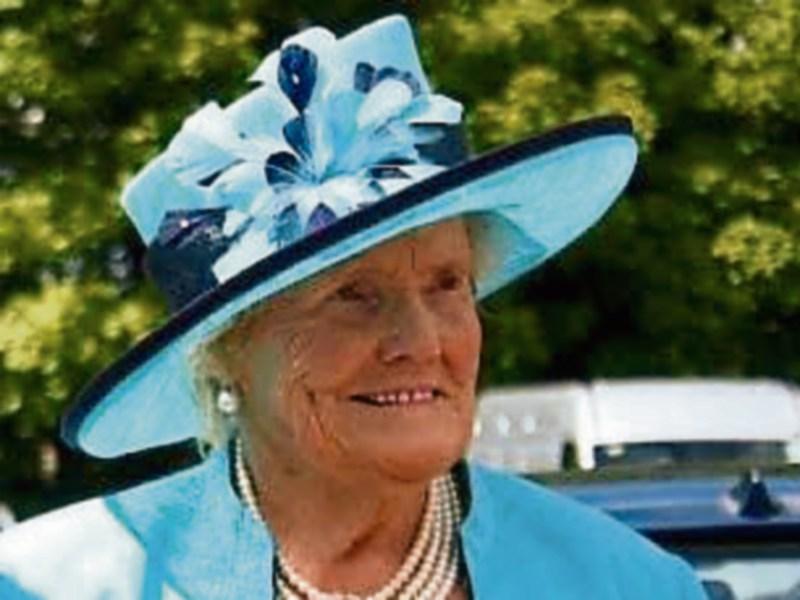 The passing of Gertie Hoey of Inniskeen in her 93rd year marks the end of an era in the Fane-side village.

Gertie and her late husband Patsy were central figures in village life. Her love of community and especially community events ensured her presence at all such gatherings and her smile and laughter will be sorely missed.

Born and reared on a local farm, she was known to all and witnessed huge changes occurring throughout her lifetime.

These she embraced with great enthusiasm and she delighted at their effects on improving rural lifestyles.

Her passion for fashion was unbounded and weekly visits by her late sisters Kitty, Dympie and Bridgie invariably ended in pop-up fashion shows, much to the amusement of the rest of the family.

Her family were the centre of her world and she was never happier than baking and cooking for the Sunday visits of her children, grandchildren and great grandchildren, all of whom have the happiest of memories of times spent with their adoring grandmother.

She supported her children in all matters and was a regular in Grattan Park and further afield, especially when her sons, one of whom was county star Gerry Hoey, were participating.

Her beautiful garden bore testimony to her farming origins, her love of nature and her planting for the future.

She watched her flowers grow and bloom with the devotion of a doting mother and her home was bright, cheery and reflective of its surroundings.

Gertie was a great lover of music and derived endless hours of pleasure listening to her favourites such as Daniel O’Donnell, Tommy Fleming and the many other performers who she loved to see when playing locally.

It is a source of sadness that the radio has fallen silent in the Hoey home.

In recent years her mobility caused her community appearances to become less frequent until eventually she became house-bound, where she was lovingly cared for to the end by her family supported by a team of carers and helpers, all of whom provided a comfortable twilight to a well-lived life.

Her Requiem Mass took place in Saint Mary’s Church, Inniskeen and was concelebrated by Rev Martin Treanor PP and cousin of the deceased Rev Sean Mc Ardle PP, Louth Village, where the community provided an appropriate send-off for a loyal member.

She is survived by her daughters, Anne, Bernadette and Trudy and her sons, Micheal, Gerard and Anthony, all of whom extend their sincere gratitude to all who made their mother’s final period a contented and happy time.