Peadar had his own footwear business in Dundalk 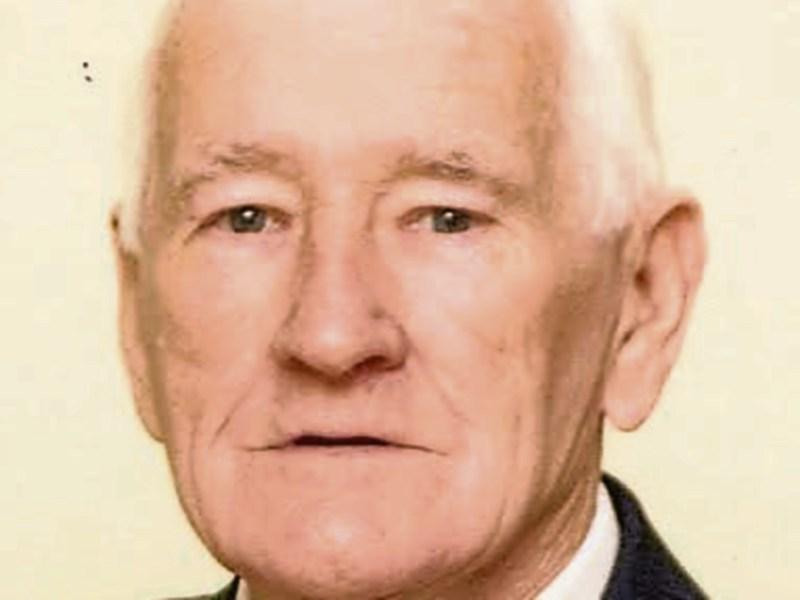 Peadar Callan, Marian Park, Dundalk whose death occurred recently, spent a lifetime in the shoe industry, and was an accomplished snooker player.

He passed away peacefully on June 11 last in Our Lady of Lourdes Hospital, surrounded by his family.

Originally from Knockbridge, where he was known to many people by his nickname ‘Huckle’, Peadar was the eldest of ten children of the late Katie and Packie Callan.

After attending Saint Mary’s National School in Knockbridge, he started work at a young age in Rawson’s shoe factory in 1947.

This was the beginning of a long career in the industry, which also brought Peadar to Castleblayney, where he made shoes for, among others, the singer, ‘Big Tom’.

He subsequently started his own business, Dealgan Footwear in 1982, where he worked alongside his son, Aiden, until retirement.

Peadar married Angela McCourt sixty years ago, in 1957, and they moved to Marian Park in 1959.

The couple had six children together, and during his long time in Marian Park, Peadar was known as a great neighbour, who got on with young and old alike in all aspects of his life.

Indeed, he loved children. Peadar and Angela had six of their own, and were delighted at the arrival then of grandchildren and a great-grandson.

He was a great husband, grandfather and great-grandfather, and loved his family.

Outside of home and his profession, Peadar had a big interest in snooker, a sport he was successful at, winning a number of competitions over the years.

He was a member of Knockbridge snooker club, and the Commercial Club in Earl Street, Dundalk.

He was a popular member of the club, and got on easily with everyone, making many friends in the process.

Peadar was also a keen gardener, and enjoyed watching wildlife documentaries on television and keeping up with the news.

He loved his car, and was a popular figure throughout Marian Park and further afield, such was his wit and good sense of humour.

He was predeceased by his son, Peadar jnr, parents, Katie and Packie and brothers, Packie, Kevin and Fintan.

After reposing at his residence, his remains were removed to the Church of the Holy Redeemer, where the funeral Mass was celebrated by Father Sean McGuigan.

The Readings were given by Maretta and Connor Callan, and the Prayers of the Faithful led by Gillian, Marie Louise, Janine, Niamh, Clodagh and Shauna.

Gifts symbolising Peadar’s life were brought to the altar by Conail and Holly – a trophy presented to him by the snooker club and a family photo.

Lorraine, Samantha, Aiden and Peter participated in the Offertory procession, and a reflection was given by Peter Roe.