Was a talented local actress 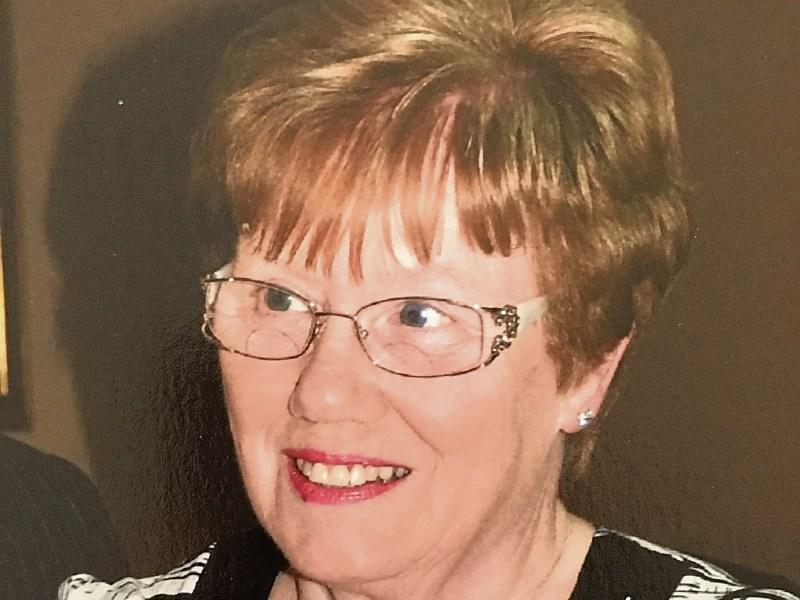 Anne Casey whose death took place on May 7 last at her home at Ard Easmuinn was a highly talented actress and doyen of amateur drama and the stage in Dundalk.

During her distinguished acting career she collected the award for the top actress in the Dundalk Maytime international Drama Festival in 1979 for her portrayal of "Tressa " in the play “King of the Castle” by Eugene McCabe staged by The Castle Players. She also performed with the Dundalk Group Players, founded by the late Tommy Clarke, with whom she started out on stage. She acted alongside many of the leading names of local theatre down the years

Her husband Sean passed away on November 16 2014 and was the former full-time administrator of the Dundalk Maytime Festival, and served as its President. She was also predeceased by her daughter-in-law, Brianan.

Anne was a strong guiding light to her husband and their family in their lives. She imparted her love and expertise of the theatre, and what’s more was a highly organised and efficient lady from which they benefitted and the local community, giving much of her time to the Friary and especially the local primary school where she was a pupil. She assisted with the staging of school plays, and oversaw the Nativity and Easter Passion plays. She also served on the Board of Management of the school for years.

She was born and reared in Mary Street South. She was only a toddler of four when her father William Williams who worked on the railway died. She was one of four children, and is survived by her sisters, Christobel Clifford (Oliver Plunkett Park ) and Mary Coburn (Ard Easmuinn) and brother,Paddy Williams (Ard Easmuinn) and

She went to work in the local shoe industry after her school days, gaining employment in Hallidays factory. She met Sean Casey from Saint Patrick's Terrace, and the couple married in 1963.

They lived in the early years of their marriage in Chapel Street where Sean had a hairdressing business before becoming administrator of the Maytime Festival.

From a young age Anne had a love for theatre and that remained with her throughout her life. In latter times she and her good friend Pat McKenna gave poetry readings in local nursing homes.

She took a break from it to concentrate on the upbringing of the couple’s three sons, Paul, Iain and Colin and running the family home. The couple moved to live in Ard Easmuinn in 1968, and spent the remainder of their lives there.

Anne was a caring lady who set great store on friendship. She was a loyal friend and developed a lifelong friendship from she was a teenager with two of her friends from the Dublin Street area. They met every Wednesday night and were together ten days before she died.

Anne led a fit and healthy life, who swam three times a week .She also enjoyed walking and gardening, tending to plants and shrubs in the family garden.

A problem with her breathing was the forerunner of a short but terminal illness but didn’t prevent her being out and about until very recently. She passed away peacefully surrounded by her family.

She is sadly missed by her sons, Paul, Iain and Colin, grandchildren, Sarah, Eadaoin Hannah, Conor, Aoife and Micheal, daughters-in-law, Therese and Joyce, sisters, Christobel and Mary and brother, Paddy. She is also survived by her brothers in law, sisters in law, nephews, nieces, relatives and friends Brianán.

After reposing at her home on the Monday, Anne was removed the next day to the Church of the Holy Redeemer. Requiem Mass was celebrated by Father Paul Montague Adm who also gave the eulogy.

Gifts symbolising her life, including a photograph with husband Sean, a plant and a book of poetry were laid before the altar at the start.

Her granddaughters, Sarah and Éadaoin gave the Readings. The Prayers of the Faithful were led by daughter-in-law, Therese and nieces, Christobel and Sheena.

The Offertory gifts were presented by sons, Iain and Colin.

Her other son, Paul gave a reflection after Holy Communion.

Month's Mind Mass will take place on Sunday 4th June at 11.30 in the Church of the Holy Redeemer.