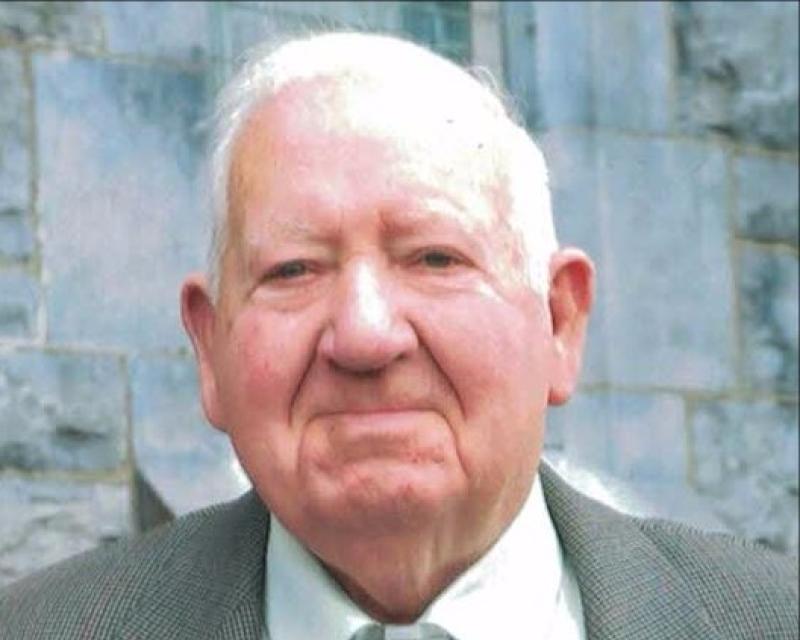 He is best remembered for establishing O’Hanlon’s take-away which operated for over 50 years beside his home in Barrack Street.

Joe was born on January 5 1924 in Castletowncooley on the Cooley peninsula, the second eldest of four children of Michael (Mick) and Eileen (Ellen) O’Hanlon.

He moved with his family to Mary Street North in Dundalk, where he received his education in the CBS.

Joe’s first foray into business was The Thatch pub on the Point Road.

He also worked in McGinnity’s in Blackrock and for a time in The Windsor.

He went on to manage The Eimear Bar, which was a very busy town centre premises, and a popular venue for a variety of functions.

In 1957, he married Bernadette (nee McEneaney) and together they had five children.
The couple started their own business, O’Hanlon’s take-away, and as its popularity grew, soon became known far and wide as ‘Joe’s’.

Indeed, people travelled from all over for Joe’s meat rolls which he introduced to Dundalk.

He enjoyed the interaction with friends and customers who dropped in, and everyone was assured of a ‘Céad Míle Fáilte’.

Their custom was always greatly appreciated.

Three generations of Joe and Bernadette’s family worked in the business.

Joe also operated a canteen at the CBS secondary school in Chapel Street.

He had a great love of Irish traditional music, and travelled many times to the annual Fleadh Ceoil.

His love of music started at a very young age when he joined St. Patrick’s choir. He also played the bagpipes in St. Patrick’s pipe band, founded by Joe’s father Michael in 1946.

Joe and his brother Willie played the pipes for many years.

He was an ardent GAA man, and a life-long supporter of his local club, Sean O’Mahony’s, support which he showed in a tangible way by sponsoring team jerseys.

An honorary president of the Point Road-based club, he took great pride in the O’Mahony’s successes, particularly last year’s win in the Senior Football Championship.

While Joe worked very hard, it was extremely important to him that he had his family holiday every year.

A great husband and father, he closed the take - away for the traditional ‘factory holiday’ of the last week of July and first week of August, during which Joe and his family travelled to every corner of Ireland, and then in later years to many countries in Europe, with Switzerland and Austria two of his favourite destinations.

The regard in which Joe was held, and his popularity, was reflected in the huge numbers who attended his wake and funeral, and everyone who called had a great memory to share with the family.

He inspired many people with his kindness and love of life.

He was predeceased by his daughter, Mary, who died at birth, and by his brothers, Seamus and Willie.

After reposing at his home, Joe’s remains were taken to St. Joseph’s Redemptorist Church, where the funeral Mass was celebrated by Fr. Eamon Hoey, assisted by Fr. Cathal Cumiskey.

There was family participation in the Mass in the Readings, Prayers of the Faithful, presentation of Offertory Gifts and of symbols of Joe’s life.