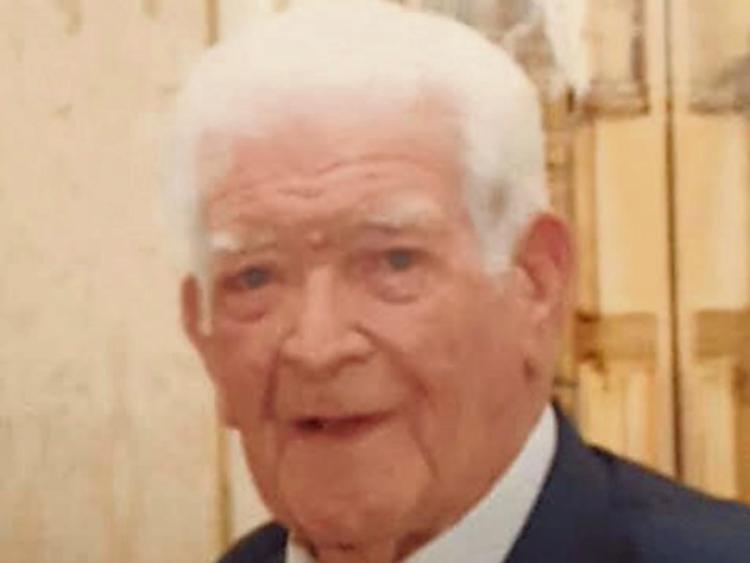 The death has occurred of John Maguire of Willville, Carlingford. He passed away peacefully at his home on March 28, 2017, after a short illness, surrounded by his loving family.

Fondly known as Big John, he was born on December 21, 1928, to Mary Margaret and Henry at the Big Crosses.

He was a larger than life character, and was known far and wide.

John lived a very colourful life, and turned his hand to many different jobs. He worked on the land in Kearney’s of Willville in his early days, then later spent a while working for Johnny Bothwell.

He then decided it was time to take the plunge and he began a career as a coalman. He spent a large number of years in O’Rourke’s coalyard in Dundalk, delivering coal from Knockbridge to Carlingford and Omeath, and was often seen carrying many a large bag of coal up laneways that his lorry wouldn’t fit.

Times were tough then, and John’s family had expanded to 10 children, and people couldn’t afford to pay for coal, but John being the big-hearted man that he was, couldn’t leave people without coal. Eventually, things didn’t add up, and John had to retire from the coal business.

He then spent a few years working in Greenore Plastics, and then moved to work in Ceimici Teoranta, now known as Cooley Distillery.

John wasn’t ready to retire just yet, and had a few years working as a blacksmith with his good friend Dinny McCarthy. A lot of stories were told in the forge, and although all might not have been true, they sounded good!

John then decided it was time for a change again, and began to make trailers, sun seats and gates, and indeed these can be seen at many houses in Cooley and beyond.

He had a great passion for horses, and indeed owned horses for about 40 years and still owned two until the time of his death.

John’s other passion was Cooley Kickhams, first as a player, then as a selector, and also as physio for the famous winning teams in 1970s.

On Sunday mornings, there would be a constant flow of players to John’s house for a pre-match rub.

His son, John Jnr. was actually mascot for this team, a very proud moment indeed.

John was known as the big full back, and it had been said that it was easier to get through a brick wall than get past big Maguire.

In 2012 Cooley Kickhams were electing a ‘Lord Mayor of Cooley’.

Well, there was only one man for the job. John was crowned as Lord Mayor, a title which he embraced dearly.

A short time after that, Cooley Kickhams gave John the honour of becoming an Honorary President. Well, this was as good as it gets for John, another feather in his cap.

However, his real passion was his wife Teresa and his children. Life changed dramatically for John when his beloved Teresa died in November, 2012. His zest for life was gone, it just wasn’t the same for him anymore, but he struggled on.

John became ill in October and spent a number of weeks in hospital, but in January his family decided it was time to take John home, against doctor’s orders.

He never complained and was no trouble to his family. They all rallied together and nursed John in his own home until his death on March 28, a task that John was very appreciative of.

He was predeceased by his wife Teresa, and by his sons Paul and Kieran.

He is survived by his sons, Dermot and John, daughters, Lola, Colette, Jean, Marie, Assumpta and Elizabeth, his sister Kathleen White, and also Rosaleen Long and Patsy Maguire, his 45 grandchildren and 36 great-grandchildren.

John reposed at his home, where it was evident the esteem in which he was held, with the number of callers to pay their respects.

His funeral Mass took place in St James’ Church, Grange, and at the start symbols of John’s life were placed on the altar, which included a bag of coal, John and Teresa’s wedding photo, his walking stick, a number 3 Cooley Kickhams jersey, representing his position on the field, and John’s cap.

Sons, Dermot and John brought up gifts for the Offertory.