Tom was a talented man in both sport and in business 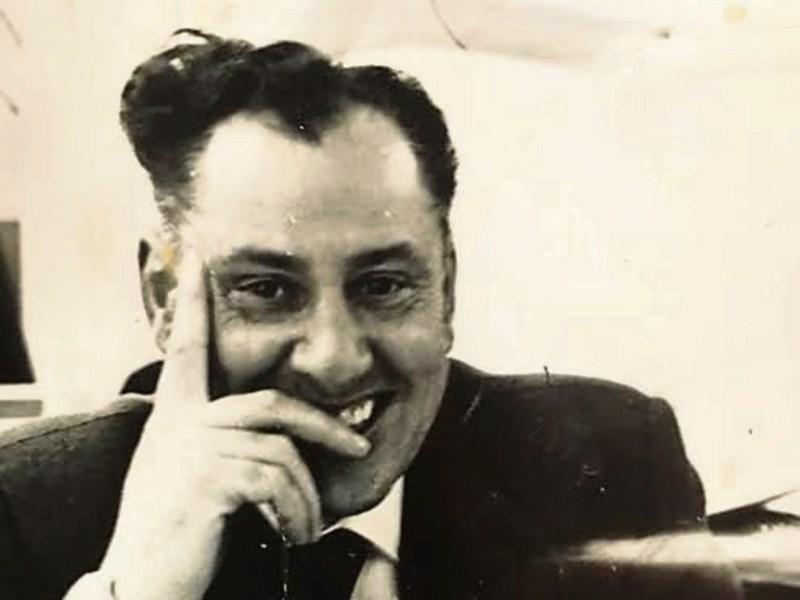 Tom Moran, Hemingway House, Ardee Road, Dundalk who died on March 21 last, was a talented and successful sportsman, and an innovator in business as one of a team which implemented the first mainframe computer in Ireland.

He was also a noted gundog trainer and breeder, his real passion in life, and represented Ireland in this sphere, winning at the highest level.

He passed away peacefully in Dealgan nursing home, surrounded by his loving family.

Tom was born in Charlestown, Co. Mayo, and brought up there and in Tuam, Co. Galway.

A well-known Gaelic footballer with Tuam Stars and the Galway county team, he won a Senior Football Championship with Tuam Stars in 1947, and an All-Ireland Interprovincial medal with Connacht.

He also boxed at interprovincial level.

Tom worked in the sugar company after leaving school, and was one of a team which implemented the first mainframe computer in Ireland in 1957.

Sugar beet was a major crop from the foundation of the State, and every year thousands of farmers grew sugar beet and delivered it to factories at Carlow, Mallow, Thurles and Tuam.

The harvest or ‘campaign’ was from late October to early December, and substantial computation was involved in handling all the data, requiring the hiring of hundreds of temporary staff.

Tom retired from football at 27 and decided to concentrate on accounting.

In 1958 he married Mary Brennan, a civil servant, and also from Tuam.

Together they went on to raise a large family of nine.

Two years later, in 1960, he left the sugar company, and took a job in Dundalk with Dundalk Engineering Works (DEW).

There, Tom worked with a nephew of General Michael Collins, who ensured that he got Hemingway House, on the Ardee Road, despite it being much sought after by others.

Tom became a cost accounting expert in DEW, and set up standard costing systems there, and in Ecco, which he joined in 1966.

Ecco was one of a number of US multinationals which came to Ireland shortly after Sean Lemass’s visit to John F. Kennedy in October, 1963, seeking investment in the Republic. Ecco employed 1,800 staff at its peak.

Tom was then able to devote all of his time to his passion, gundog training and breeding.

He had two field trial champions and represented Ireland in international competitions.

One of these events was the prestigious Country and Landowners’ Association Game Fair in Yorkshire, or ‘Canine World Cup’, in which Tom and his star dog ‘Chip’ (Theoweir Turramurra Teal) helped Ireland beat England into second place in 1994.

Family was extremely important to him, and his son, Leo, recalled the following story in his eulogy at the end of the funeral Mass.

“I was diagnosed with an advanced and rare cancer in 1997. The prognosis was not good.

“At the time, Dad loved a drink, and a smoke of his pipe. He liked a pint of Guinness and a Paddy.

“Dad made a deal with God. He said, ‘If you keep Leo alive, I won’t drink or smoke again’.

“He never smoked or took a drink after that.”

Tom was predeceased by his parents, Patrick Moran and Elizabeth Quinn, brother, Seamus and sisters, Pauline and Kitty.

After reposing at his home, Hemingway House, his remains were moved to St. Fursey’s Church, Haggardstown, where the funeral Mass was celebrated by Fr. Donal Roche and Fr. Padraig Keenan.

At the start of Mass, Yvonne introduced the symbols of her father’s life which were brought to the altar.

The first Reading was given by Caroline, and the second by Orla, while and Prayers of the Faithful were led by Jonathan, Mark, Stephen, Luke, Kyle and Tara.

Lily and Ruby participated in the Offertory Procession.