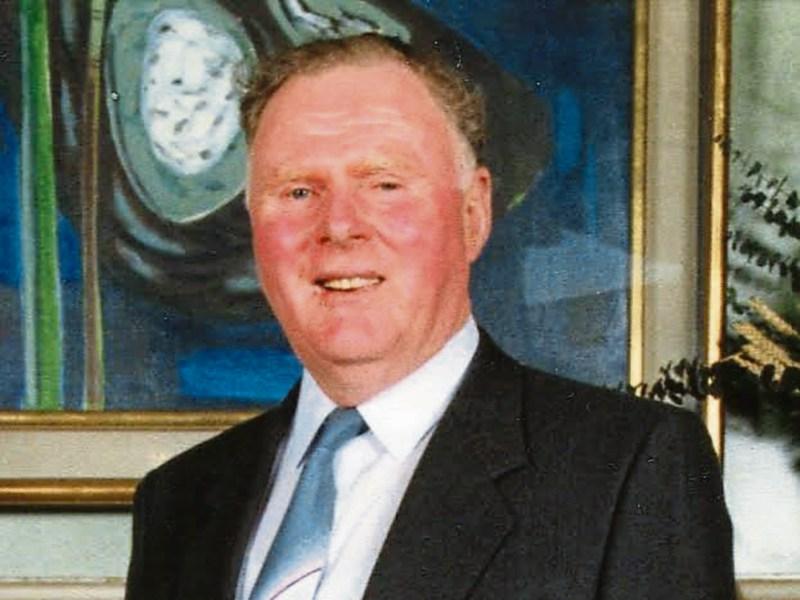 It was with great sadness that the community in Knockbridge heard of the death of Val Brennan.

He passed away peacefully on the morning of February 28, 2017, at his home in Rathneety, on his 90th birthday.

He was born in Killencoole, Readypenny in 1927 to his parents William and Mary Alice Brennan (nee Callan).

Eugene and Margaret live in California and Michael lives in New York. All the other family members have, sadly, already passed away. Having attended primary school in Darver and secondary school in Ardee, Val then trained as a butcher in the Gunne family business in Dundalk. He often talked about himself and his brother Eugene cycling to work together.

He moved to Rathneety in 1950 where he began his successful career as a farmer with his uncle, John Joe Callan.

He married the love of his life, Lily Kieran, from Kilcroney in June 1955. They set up home together in Rathneety and reared their nine children, two girls and seven boys.

Val and Lily took great delight in their children and worked hard to educate them, launch them in their individual careers and were always at hand with advice and support.

They loved and really enjoyed their twenty-six grandchildren.

Lily sadly passed away in December 2011 and was greatly missed by Val and all her beloved family.

Val was an excellent farmer and a lifelong member of the I.F.A. He enjoyed rearing and looking after sheep and cattle and really appreciated good stock. He travelled all around the country to sales buying replacement animals and he was easily recognisable in his smart overcoat and hat.

He was a very progressive farmer, always eager to improve yields from his grain crops and to keep up to date with advances in machinery and technology. He also enjoyed playing whist and attended occasional race meetings in Dundalk and Navan. He really enjoyed Gaelic football and hurling matches on T.V. and had a great memory for scores and the teams who won the various games.

Val was a much-loved father and grandfather. He was a great neighbour and friend and he is sadly missed by all his family and friends for his good company and his sound wisdom.

He was a good conversationalist and had a great sense of humour. He was also kind and generous to all who knew him. In later years, his loss of vision hampered him greatly and meant he could no longer enjoy life as he used to.

His remains were received in St. Mary’s Church, Knockbridge by Fr. Paddy Rushe, who celebrated the Requiem Mass and he was interred afterwards in Knockbridge cemetery.

Fr. Gerry Campbell, Fr. Eugene Sweeney, Fr. Sean McArdle, Fr. Pat McEnroe and Fr. McGeough concelebrated Mass. The personal symbols of Val’s life were carried up to the altar at the beginning of Mass by Conor, Séan and Tadhg Brennan.

The Readings were read by Elizabeth McCabe and Philip Brennan. The Prayers of the Faithful were led by Carol, Eleanor, Ava, Fiona, Darren and Cormac Brennan. Marie and Ciara Brennan carried the gifts in the offertory procession.

The beautiful music and singing were provided by Adele Cummins and Padraic Mc Ginn. Their granddad would be very pleased with them all.

The large numbers who attended his wake and funeral were a testament to his popularity and the esteem in which he was held by all who knew him.