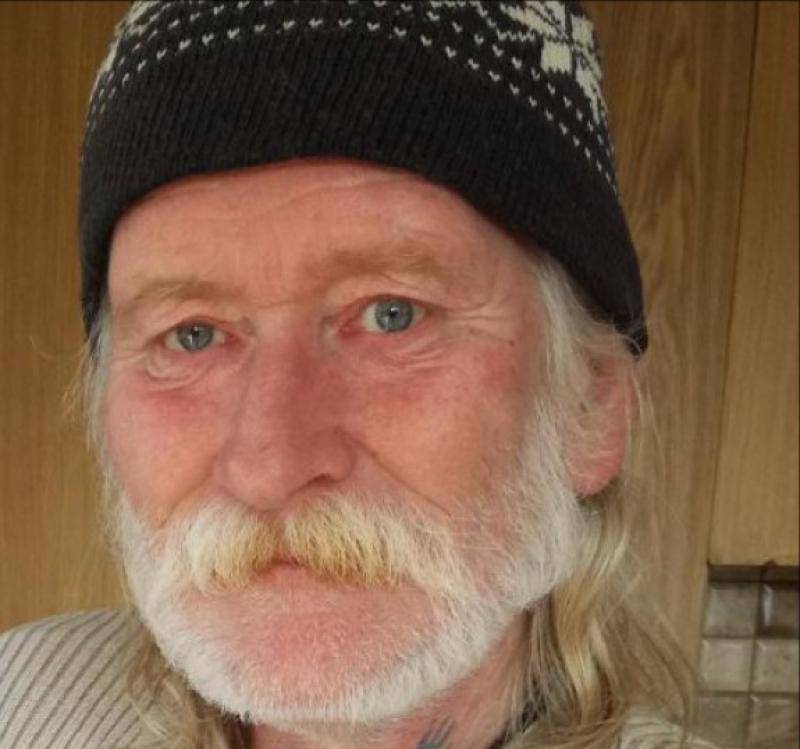 Gerald Grimes  who died  suddenly at his home  at Hughes Park on March 20th was a member of an old and respected Dundalk family,  widely known through engaging in the street vending of newspapers in town,  an occupation in which  his late  father  Thomas was involved outside local  churches on Sundays.

Gerald, or 'Mungo'  as  he liked to be  called, with his  great love of the rock group Mungo Jerry was a colourful character who was a highly  talented  artist and one of  Dundalk’s first  tattoo artists  and very much immersed in the  culture and music of his era, and was a member of  the Teddy Boys.

Profoundly  deaf from a young  age he  was  highly  educated and  a scholar  and  philosopher  who studied and  read up different  religions and  idolised the Argentinean  born   revolutionary  Che Guevara  who later  became a pop cultural hero. He was an avid reader, with a collection of thousands of books

He had a particular fascination with the Middle East, especially Egypt and Arabia, which was reflected in the decoration of his home and love of the film” Laurence of Arabia.” It is believed it was the last film he saw when he could hear. “Gladiator” was another film for which he had a particular liking.

He always held the ambition to be a soldier which was indicative in his dress, preferring to wear combat gear. He was precluded however, from serving in his national and also the British army due to his disability but availed of   the opportunity to join the Croatian army as a volunteer in the 1990s. He fought for a couple of years in the conflict against the Serbs.

He was  determined not to allow  his disability to  hold him back and took part in tough  physical sports, such as  mixed martial  arts,  kick-boxing  and  boxing  before  they became as  popular as they  are today. He attended the Avenue Road gym,  where his  real talent  as  an artist  was there  for all to  see  with his  murals of a Muscle Man and Woman on the  front  door.

He was for all that a kind, caring and helpful individual to his family, with a nature that appealed to children with a wonderful imagination and a gifted story-teller.

Born in England, his father Thomas was   from Hughes Park and his mother Sheila   was of English nationality. His sister Josephine, Culhane Street is the only survivor of five siblings, having been predeceased by his two brothers, Christopher and Thomas and sister, Theresa.

He attended   schools to help him with his disability in England and when back in Dundalk. His parents moved to town to help care for his grandparents.

Gerald’s speech was highly developed and   he was very adept at lip reading. But he  will be  most  remembered for his ability  as a tattooist, and carried it on  until  very  recent  years with his great love of painting  and  sketching, and  his own body was extensively tattooed.

The advent of   the internet  and  texting  was  a big  boon to Gerald, discovering  a voice he never had  to connect  with  and make  new  friends who  had  similar interests  as he  had. He also re-connected with old Teddy Boy followers, travelling to a reunion in Battersea in England in 2015, and was to travel again this year.

All these old and new  friends, but especially his   family will  greatly miss Gerald, headed by his  children, Joseph, Maxine, Roisin and Rory, nieces, Lena, Sharon and Megan and nephew, Christopher, along with sister, Josephine and other  relatives.

After reposing at McGeough’s Funeral Home, Jocelyn Home, Gerald was taken on the Wednesday to Saint Fursey’s Church Hagardstown where the Mass was a beautiful tribute of his life. Father Padraig Keenan PP was the celebrant and delivered a very apt eulogy

The music captured his taste, with two songs “I Believe I Can Fly” which had great meaning for Gerard as it was played at his Brother Christopher's funeral and “Time to Say Goodbye” which honoured his   late mother.

Items symbolising his life taken to the altar included a tattoo machine, an Egyptian    statue and army combat jacket. These were presented by Roisin, Rory and Leon Morrissey.

The Readings were given by nieces, Lena and Sharon, while the Prayers of the Faithful were led by Megan Grimes, Siobhan Breen, Edel Morrissey, Linda Zadani and Sarah Gray.

The Offertory Gifts were brought up by Lena and Megan.

A reflection after communion was provided by son, Joseph.

Month’s Mind Mass is on Easter Sunday, April 16 in Saint Fursey’s Church at 11am.