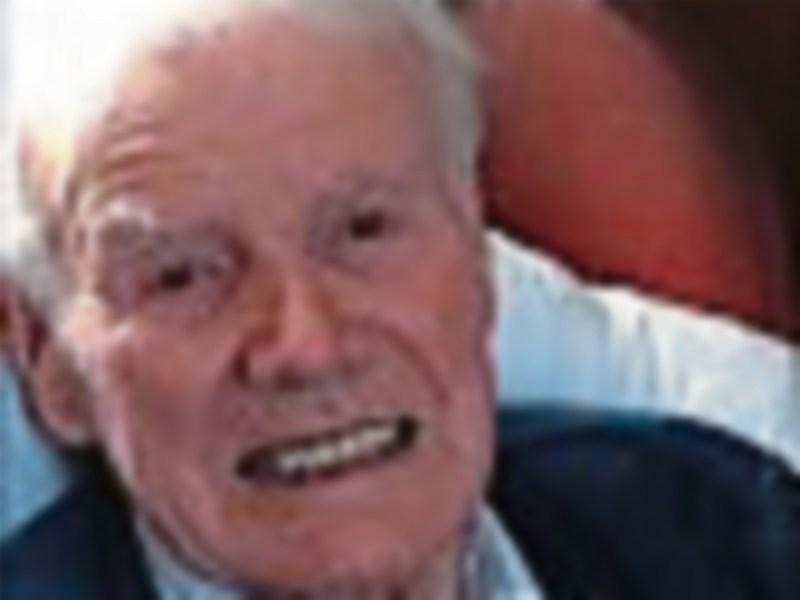 Tommy Watters snr who died peacefully at his home at Saint Clement’s Park on March 7 last was just a month short of celebrating his 100th birthday which falls on the date of his Month’s Mind Mass on April 9.

Tommy was a quiet man with a natural smile, affable and highly respected within the Quay area of the town and further afield and was one of the town’s last cobblers.

He was an out and out family man whose love and care of his wife, family and extended family was all that counted and was happiest among them.

Sport was a big part of his life with an all round interest in it, and possessed a prodigious memory for events and those who took part in different activities.

His outlook was simple and wise and as a recipe perhaps was responsible for his long life.

Born during the First World War, he lived through the Second World War and all the troubles in his own country from the War of Independence right through all the various conflicts in the North , including happily the most recently ended phase.

Sadly it tragically impinged on his family, when it spilled over the border with the loss of life with the car bomb explosion in town in Crowe Street on December 19 1975 with his brother Hugh one of the victims.

From Kilkerley Tommy was the second eldest of four siblings, comprising one sister, Mary and another brother Oliver, all of whom predeceased Tommy. He also was sadly predeceased by his son, Noel and wife, Kathleen (nee Brennan) who hailed from the Point Road.

He started work as a 16 year-old and worked throughout his working career as a cobbler, working in a number of places, most notably Grannells shop in Bridge Street and also for himself.

He retired in his late 60s having survived a quite serious health issue earlier in his 60s.

He however, enjoyed on the whole a very healthy life. He primarily was sustained by his dedication to and love of his wife and family and the next generations of his grandchildren and great- grandchildren.

He had a big passion for sport, with a long and loyal attachment to the local Sean O’Mahony’s GFC.

He played a very active part in the club and was absolutely thrilled to live to see the club lift the Joe Ward Cup.

His life long wish was fulfilled when the club won the trophy last October, and it occupied pride of place during his wake and funeral Mass.

He served as a committee member, during which period the club won the Louth Junior championship in 1973.

He filled the role as gate man at the club’s home games.

He also was a keen follower of Quay Celtic with whom his sons and grandsons played as well as Sean O’Mahony’s.

After reposing at his residence at Saint Clements Park on Wednesday and Thursday, Tommy’s remains were taken on Friday morning to Saint Joseph's Redemptorist Church.

Gifts symbolising Tommy’s life were laid before the altar at the start of Mass by his great-grandchildren, Ryan, Jack, Lauren, Anna-Grace and Luke, along with granddaughter, Alison.

The Offertory Gifts were taken up by son, Joe and granddaughter, Karen.

Daughter-in-law, Ann read after Communion the “Prayer for the Old” which Tommy said every night.

The music was provided by daughter-in-law, Bernadette and organist, Olivia Finnegan.