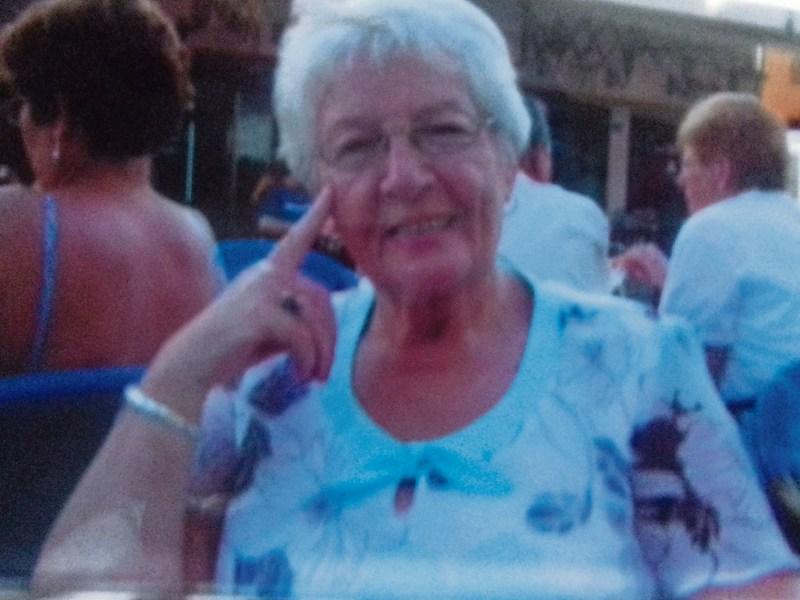 Agnes was a kind, fun loving lady who enjoyed life and was always ready for any outing and enjoyed many holidays both at home and abroad.

Agnes’s health had deteriorated over the past few years and her passing is mourned by her daughter, Una Mackin, sons, Fergus and Kevin, sister, Bridie Truman, their families, as well as her neighbours and friends. She was predeceased by her husband, Fergus, son, Tom, daughter, Ann McLoughlin, along with brothers, Harry, Luke and Bernard, sisters Josephine and Gretta.

She was the second youngest of seven children of Sergeant Bernard and Gretta Lynch from Castlebellingham. On leaving school she went to work in the hotel and hospitality service, working in such places as The Gwent in Drogheda, The Queens in Dundalk and also Bellingham Castle.

Having met her husband at the carnival in Annagassan, they married in 1955 in Birmingham, England, but returned to settle in Dunleer. Fergus went to Canada in 1958 as did many men of that time, but unfortunately became very ill and returned in 1960. They then settled in Church View, Dunleer where they resided for over 25 years.

She was a great home maker and her family came first. Her love of cooking and baking saw her develop a little cottage industry supplying Christmas puddings to a large number of hotels in both Drogheda and Dundalk, and assisted by her husband Fergus they would work very hard from October until December.

In 1985 they moved to The Dales in Clogherhead. Here they stayed until they got the opportunity to buy a boat on the Shannon.

They moved to Ashbrooke in Dundalk in 1991 to be closer to their children. They would spend six or seven months every year travelling up and down the waterways of Ireland in the days without the aid of a mobile phone on their boat named ‘Ferag.’

They enjoyed many happy summers doing this. Their son Fergus gave a very funny and moving eulogy at the beginning of Mass where he recounted some amusing stories of these times.

The sudden death of Fergus in January 2002 was a devastating blow for Agnes. Unfortunately her son Tom passed away not long afterwards in September 2003. Her daughter Ann (McLoughlin) passed away in October 2015 but Agnes was never aware of her passing as the progression of Alzheimer’s had affected her greatly at this time. Her health declined as this terrible illness robbed her of all that she treasured in her everyday life.

She was an active participant in her church, Grace Fellowship.

She enjoyed all their services and prayer meetings and loved her involvement with the Grace Grans. She was also a member of the Dundalk Active Retired Club until her illness prevented her from attending their organised outings and meetings.

A beautiful celebration of Agnes’s life took place in Blackrock Abbey Nursing home with many of her friends from Grace Fellowship attending. Pastor Hassan Boyle spoke of the lady that was Agnes, of her life and of her eternal resting place in Heaven. Her two grandchildren provided the beautiful music.

Her remains were then taken to the residence of her daughter Una Mackin in Dunmahon where an extraordinary number of people came to pay their respects. Agnes was then taken to St. Bridget’s Church Dunleer.

Fr. Michael Murtagh celebrated a most beautiful funeral Mass. The Readings were given by daughter, Una and daughter in law, Bernie McCann. Prayers of the Faithful were given by her grandchildren, Rory Mackin, Paul McLoughlin, Dearbhla Mackin, David McLoughlin and Yvonne McCann and Oisin McCann. Once again Andrew and Chloe McCann provided the most beautiful and fitting music for their grandmother who was always so proud of their great talent

The Offertory gifts were brought to the altar by son in law, Marius McLoughlin and daughter in law, Marian McCann.

Burial then took place in Dromin where she was laid to rest beside her husband Fergus.