OBITUARY: Sean was a pivotal figure in the foundation of local credit union 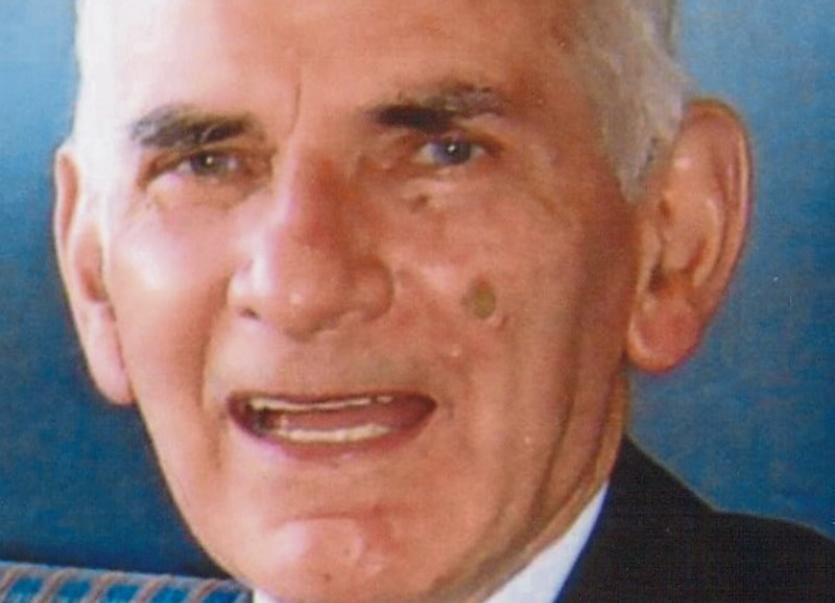 The death has occurred of Seán (John) McDermott, Dublin Road, Dundalk, who was a pivotal figure in the foundation and development of the town’s credit union into one of the top five credit unions in the country as its first manager. He also was a founder member of his local Saint Patrick’s GAA club in Lordship, and contributed substantially to the wider Dundalk community.

Over the years he assisted a number of organisations in different capacities, including the Dublin Road School Bus Committee, Saint Patrick’s Cathedral, The Friary, The TARA Committee and Saint Malachy’s National School. He was also a member of the Pioneer Total Abstinence Association for over 75 years, served in the Local Defence Force during The Emergency and was a member of the Dundalk Railway Heritage Society.

In between those events, he celebrated a great personal momentous occasion when he married Mary Rocks, Park Street, Dundalk in 1961. They went to live on the Dublin Road on the outskirts of Dundalk. They were blessed with four children, Gerard, Michael, Anne Marie and Sinead, and a long and happy marriage that lasted 56 years.

Sean gave long and distinguished service to Saint Patrick’ GFC and Dundalk Credit Union. The club made him an Honorary Life President in recognition of his contribution. He was club chairman when the club won their first trophy, the Louth Junior Championship in 1960.

One of his proudest moments came in 2003 when Saint Patrick’s won the Louth Senior Football Championship for the first time. Gaelic Football remained a passion with him throughout his life. He regularly attended Louth inter-county matches and Croke Park as well as watching it and other sports, especially snooker, on television. He was also a keen reader and follower of current affairs, as well as a gardener.

During his time in charge he saw Dundalk Credit Union establish itself as one of the top five Credit Unions in Ireland. He oversaw the move from its first home in Clanbrassil Street to the present location in Market Street.

He was the eldest son in a family of ten of Thomas and Celia McDermott, Rampark, Lordship, who had three sons and eight daughters.

He grew up on the family farm at Rampark, and received his primary education at Lordship National School and then attended Dundalk Technical School.

He started his working life on the Great Northern Railway as a pattern maker, moving to Dundalk Engineering Works before joining S &S as an estimator when it commenced operations in Dundalk.

Sean passed away at Blackrock Abbey Nursing Home, Co Louth, on March 8. He was predeceased by his parents, Thomas and Celia, sisters, Rita, May, Lena and Sheila. He is survived by his wife, Mary, sons, Gerard and Michael, daughters, Anne Marie (McQuillan) and Sinead, son-in-law, Brian McQuillan, daughters in law, Yvonne and Norma, grandchildren, Shane and Ciara McQuillan, Mia, Liam and Lauren McDermott. He is also survived by brothers, Tom and Michael and sisters, Fanny, Joan and Irene, brother-in-law, sisters-in-law, nephews, nieces, relatives and friends.

After reposing on Friday, March 10 at McGeough’s Funeral Home, Jocelyn Street, Sean was removed the next day to Saint Fursey’s Church, Haggardstown for Requiem Mass, followed by burial in the adjoining cemetery.

Grandson Shane McQuillan read the First Reading which was taken from the Book of Ecclesiastes. The Responsorial Psalm was sung by singer Sarah McCourt who also sang several beautiful hymns during the Mass, including How Great Thou Art, Amazing Grace, Ave Maria, I Watched the Sun and Going Home. She was accompanied by Anne Quinn on the organ.

Son Michael read the Second Reading which was from the Second Letter to St Paul to Timothy.

The Prayers of Intercession were read by grand-daughter Ciara McQuillan and grandson Liam McDermott.

A Reflection, entitled ‘What Makes a Dad’ was read by son Gerard McDermott.

Month’s Mind Mass will take place on Sunday, April 9, at 11am in St Fursey’s Church, Haggardstown.